Was There A Choice? 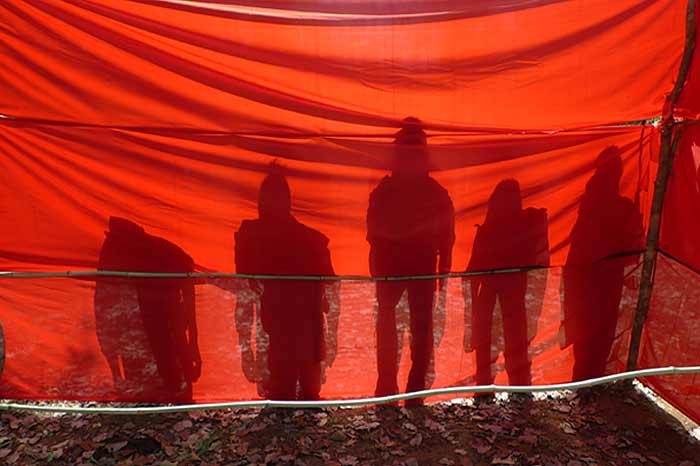 A Maoist profile based on the accessed interrogation reports

(Note: Of the coerced, two cadres rose to senior positions despite the threats before joining)

There is little to set apart Barse Lakhma, all of 25, a typical Muria tribal from Chintalnar in Chhattisgarh’s Maoist-riven Dantewada district. In 2010, though, when the state police arrested him, they alleged he was a top Maoist cadre who took part in a April 2010 attack on the crpf which killed 75 jawans and a state police head constable. Lakhma, his interrogation report reveals, joined the Maoist movement a little over 10 years ago, a poor teenager with no prospects who joined the Bal Sangham. The Sangham is reportedly a Maoist organisation which acts as a breeding ground for future cadres. Lakhma was one such teen who was picked up, indoctrinated and then rose through the ranks to become one of its best fighters.

Interrogation reports (IR) are problematic documents in any conflict zone. They are usually prepared under torture or coercion and are clearly inadmissible in the courts. They also reveal only what the persons under interrogation reveal under stress. But hidden in the IRs are also socio-economic profiles of hundreds of Maoists who have been arrested by the security forces in the five major states combating Maoism—Chhattisgarh, Andhra Pradesh, Bihar, Orissa and Maharashtra.

So far these IRs have only been used for intelligence-gathering and prosecution of the arrested individuals. No effort was made to use the collective data to try and draw inferences on other elements of the cadre, like who they are and what reasons drive tribal youth to join an armed struggle against the Indian state.

Outlook accessed 173 IRs from Chhattisgarh, believed to be ground zero now for the Maoist movement in India, to get a glimpse into the world of these arrested rebels. Out of this set of IRs, we focused on 123, namely those cadres who had been identified as members of the fighting units such as the local guerrilla squad (LGS) or the Jan Militia.

The study threw up some interesting statistics. Clearly, chronic poverty works in favour of the rebels while recruiting more cadres. Out of the 123 individuals, 107 were below the age of 35, over 90 of them were landless or had less than 5 acres of land. This shows a clear correlation between chronic poverty and the movement, more so because land-holdings in the forest are mostly notional and mean very little. Many were like Ayatu Ursa, a 27-year-old Gond tribal from Bijapur who was orphaned at an early age and grew up living on the eggs of red ants and roots of bushes in the forest. At 15, he left his village and signed up with the Maoists. Sukhdev Vadda, a 24-year-old Gond, was also forced to join the Maoists due to the same grinding poverty, which even debarred school in his case.

So do the old, familiar fears on the correlation between poverty and rebellion hold water? Well, the results do show a majority were motivated by circumstances to oppose oppression. Most of them are from low-income groups. Most have had little education. In any programme aimed at conflict resolution, these aspects must be taken into account. E.A.S. Sarma, a former IAS man who spent years studying tribal movements and was one of the petitioners in the Supreme Court against the use of Salwa Judum cadres by the state, feels the IR data reiterates the findings of a Planning Commission report on Maoists which he helped prepare two years ago. Though he does add he “would hesitate to jump to conclusions” on the basis of a limited pool of data.

Some experts are more circumspect, like ex-IB director Ajit Doval. “We need to gather more data to correlate it with the levels of violence that these cadres are said to have committed,” he says. According to him, it would be interesting to see if the levels of poverty, abysmal education and development have a correlation to greater violence and therefore can be used to nuance the current government approach in dealing with Maoists.

The IR data also reveals that many of the cadres were orphans or came from dysfunctional family structures. More than 12 were orphans or had a parent who moved away in early childhood. This created a situation for them to end up with the Maoists, who, by many accounts, looked out for such rootless tribals as a rich source for recruitment.

Interestingly, the women Maoist cadres also make a fascinating study. The IR data on those arrested reveal that they were far more motivated and far clearer on the reasons for joining the Maoists than the men. Perhaps, as the biggest victims of India’s patriarchal society, they felt the need for social justice more acutely than their male counterparts.

Sociologist Nandini Sundar, who has done extensive fieldwork in Bastar, says the Maoists coming in and redistributing the land is a significant motivation that drives fresh cadres. “An impression I draw from the data is that chronic poverty, landlessness and the injustices contribute significantly. For many of them, the ideology is a means for countering these factors. In Bastar, the Maoists would help raise the price of tendu pattas, a significant means of income for the tribals, and also redistribute land by giving the rights to the cultivator.”

In fact, the figures bear her out. Out of the 123 reports, an overwhelming majority of 94 cadres said they had been motivated to join the movement to fight poverty and use the armed struggle to get social justice. But a significant number of them also stated that the Maoists had coerced them to join the movement. This was by way of threats, kidnappings and torture. Also, it is unclear how these young men and women would have reacted had they got other credible avenues of growth, maybe even a chance of joining the government. The fact of the matter is that the poor are the footsoldiers of the Maoist movement as well as its worst victims.

So where does that leave the government and its usual methods of treating the Maoist movement as a “law and order problem” or a “grave security threat”? As Sarma puts it, “The option of adopting violence as an answer to violence only compounds the problem, rather than solving it. If the tribal problems in Dantewada are addressed frontally, why should the tribals join the extremist forces...why should they support them?” Why indeed.

Twenty Dishes Too Many