CSR Has Not Translated Into Real Benefit For The Poor

The 2 per cent CSR rule has brought more firms into the social sector, but much of it is still just box-ticking 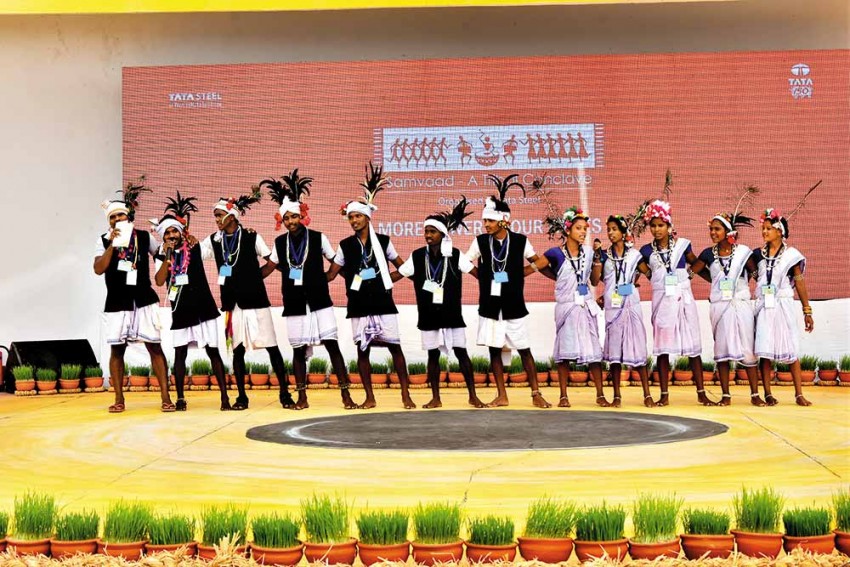 Platform
Tata Steel hosts Samvaad as a CSR activity for tribals
Lola Nayar December 12, 2018 00:00 IST CSR Has Not Translated Into Real Benefit For The Poor 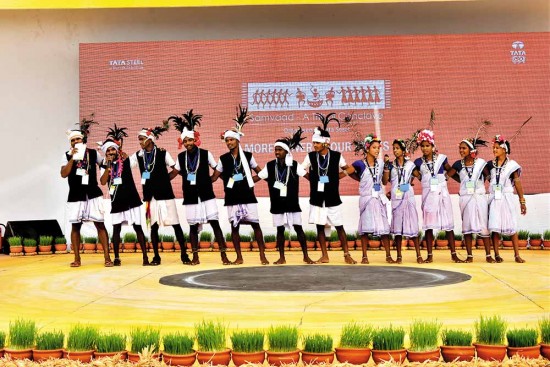 After over four years of corporate social responsibility (CSR) becoming mandatory in India, there remains considerable gap between what had been the objective of this pol­icy and what has been the outcome so far. The estimates of funds this regulation was expected to generate for the benefit of stakeholders—people affected or displaced when an enterprise was set up or expanded operations—have fallen from around Rs 40,000 crore to about Rs 14,000 crore, but nobody knows why the expected money is not coming in.

As per the Companies Act, 2013, a company with a net worth of Rs 500 crore or more, or a turnover of Rs 1,000 crore or more, or a net profit of Rs 5 crore or more in a fiscal year is required to spend 2 per cent of its average net profit in the preceding three years tow­ards CSR. Various studies, including some by the government, mostly focus on the quantum of funds spent by corporates—in some cases, including information on how much is spent on various sectors like healthcare, education, skill development, environment protection, water and sanitation, etc. But the quality of work carried out by individual companies is still an unknown factor. Repeated attempts to get the ministry of corporate affairs (MCA) to shed light on this failed to yield any results.

Development activist Behar states that data on CSR is too thin for us to really understand how the funds are getting spent. “No one knows why some companies are being allowed to take credit of employees’ contribution through compulsory services as part of CSR obligations. Many companies are going farther, categorising their emp­loyees’ benefits as CSR obligations. In effect, there is continuing resistance and lack of clarity, real money has not flowed in, and there is no real compliance asked,” says Behar.

Often people mix up CSR activities with private foundations. Some of these trusts do wonderful philanthropic work, such as the Azim Premji Foundation, while others use it to pump out funds for their own family’s benefit, or it is not used effectively. CSRBOX, an affiliate of online development sector platform NGOBOX, states that the unspent CSR fund ranges between 9-12 per cent and 20-24 per cent of the prescribed CSR in FY2016 and FY2015, respectively. Overall, around Rs 50,000 crore has flowed into CSR activities so far.

Joy Sharma, founding partner of Impactify, an end-to-end digital solutions provider for organisations working in the social sector, says 20,000 companies are eligible to fund CSR act­ivities, but hardly 50 per cent of them report and allocate funds. Most of the bigger companies are adhering to the norms. “The kitty is expected to rise to Rs 20,000 crore if all are compliant,” says Sharma. According to nseinfobase.com, CSR spending by 1,080 NSE-listed companies as of March 2018, witnessed 11 per cent rise to Rs 10,030 crore in 2017-18 while CSR expenditure by these companies has shown a healthy compounded annual growth rate of 16 per cent over the past four years.

Pranav Haldea, managing director, Prime Database Group, which powers nseinfobase.com, says in a press sta­tem­ent that as in the previous year, edu­cation received the maximum spend, followed by healthcare. In fact, education and healthcare account for 60 per cent of CSR spend. Areas like reducing inequalities, national heritage, armed forces, sports, technology incubators and slum development saw negligible spends. However, in comparison to the previous year, these areas did see the highest percentage inc­rease in spends, according to Haldea.

The top 10 companies in terms of CSR spends in 2017-18, according to the rep­ort, were Reliance, ONGC, TCS, HDFC Bank, IOC, Infosys, ITC, NTPC, Tata Steel and Wipro, which accounted for 36.06 per cent of the total spend. Santhosh Jayaram, partner and head (sustainability and CSR advisory), KPMG in India, points out that some of the top companies were already undertaking CSR activities, but the regulation has forced everybody—big or small, listed or non-listed—to get on board. Resource allocation and spending for CSR has risen because of the regulation requiring 2 per cent of company profit being allocated for CSR initiatives. Now there are more controls from the governance perspective, which is a good thing. The regulation now requires approval at two levels. The CSR committee shortlists the projects and the spending, which is then approved by the company board.

“So, there is now a higher level of scrutiny, improving resource allocation and governance around CSR activities. The social impact remains to be studied. Social changes through CSR cannot be measured after just three years,” he adds.

Abhishek Humbad, founder of Goodera, a global CSR lifecycle and volunteering management platform that now offers impact study in India, points to a major flaw in the policy. “A few companies failed to spend the prescribed amount, but the law currently mandates only reporting, not spending,” says Humbad. Hence, as long as the companies provide a reason for non-spending or under-spending, they are breaking no law. They provide a report of their budgets and project-wise disbursed amounts in the standard format of reporting provided by the MCA in section 135 of the Companies Act, 2013.

Companies follow schedule VII to this section for choosing the areas to invest their CSR funds. Generally, companies follow due diligence to identify their implementation partners, which are in line with the recommendations of the law. Among the listed companies, 27 per cent spent directly on CSR-related act­ivities, 25 per cent used only external implementing agencies, while 38 per cent used a combination of the two, and the rest did not specify the route chosen by them, according to nseinfobase.com.

Manpreet Singh Chadha, Wave Group vice-chairman and the Ponty Chadha Foundation managing trustee, says CSR is a way in which a company gives back to society, “to improve the well-­being of people in need and help them grow.” Chadha’s father established Mata Bhagwanti Chadha Niketan in 1999, a charitable school directly managed by the foundation. The school has been providing rehabilitation services to more than 1,000 special children and its initiatives have been acknowledged with the National Award 2018 for ‘Best institution working for the cause of persons with disabilities’.

Among public sector units, the Hyderabad-based National Mineral Development Corporation (NMDC) is among those that had been engaging in CSR activities much before the concept was formally introduced. In fact, senior company officials claim their CSR programme is as old as the company. Eradication of illiteracy, minimising child and maternal mortality, poverty alleviation and affordable healthcare in villages surrounding the project areas have been its primary focus. While NMDC denied facing any political or bureaucratic pressures on how CSR funds are utilised, several other companies, both from the public and the private sectors, admitted to facing such pressures. Some private companies admitted to facing tremendous pressure to undertake projects far from their area of operation, contrary to what the CSR regulation suggests.

Behar blames these pressures for the “escape route” provided by the government that allows corporates to put the CSR funds in the PM relief fund. “Taking advantage of the confusion, some states like Gujarat announced plans of setting up an agency to handle CSR funds, defeating the very purpose of having corporates undertake CSR activities. Chhattisgarh, in fact, actually identified projects where corporates could provide funds to fulfil their CSR obligations, helping to do what the government should have been doing instead, or to push its agenda,” says Behar.

There has been considerable political push to garner CSR funds for government schemes such as Swachh Bharat and other flagship projects. In fact, PSUs were given the mandate to help meet government targets with their CSR funds. These are some instances where CSR objectives got defeated.

“As companies are not as yet mandated by the law to report the result of their CSR interventions, fund diversion is not noti­ced,” says Richa Bajpai of Goodera. “Diverse motives push companies to und­ertake CSR programmes. The most ­important is compliance, which drives many companies to invest in CSR projects and report their progress in a structured manner. On the other hand, there are also companies that are self-motivated, see it as a business case and undertake CSR in an integrated manner, empowering the entire social sector ecosystem during the process.”

All these companies have a CSR policy and they declare their fund allocations and utilisation for CSR. Stressing the importance of CSR funds in meeting development goals, Ravi Subbiah, technical dir­e­ctor (health) with CARE India, says, “There has been an inc­reased interest among corporates in improving the health of people around its establishment. Those more evolved are supporting the government of India in achieving its Sustainable Development Goals (SDG) pertaining to reducing mat­ernal and child mortalities, by investing in health programmes for populations that need focused interventions.”

Population Foundation of India ­exec­utive director Poonam Muttreja feels the CSR policy offers incredible challenges and opportunities for ushering in social transformation. “There is an urgent need for inspiring corporates to move outside their ­comfort zone of just delivering products and services. Why not utilise their inherent competencies to bring in a wave of efficient processes, innovation and tec­hnology application for the good of society? CSR can make a real difference by investing in tough and complex areas like adolesc­ent sexual and reproductive rights, ending child marriage and add­ressing patriarchal norms,” she says.

There are many noteworthy examples of CSR yielding results on the ground. For example, Godrej has focused its interventions on skill-building and holistic development, with special focus on building the individual’s employability and earning potential. Besides working closely with various implementation partners to create robust training modules, they also collaborate with other companies through financial and non-financial partnerships, sharing knowledge, curriculum and funding. Similarly, L&T’s flagship ICD project began as a rural watershed project and was gradually scaled up to include health, education and skill development. Their model is based on long-term sustainable development through a model of participatory communication.

There are many companies and implementing agencies that are putting their efforts into helping achieve SDG goals. But, considering the inadequate and shrinking government spend on social development sectors, the efforts are few compared to the challenges. Unfortunately, as a study by the National Foundation for India has revealed, for most of the smaller companies at least, CSR obligations are merely an accounting exercise. Barring a few exceptions, overall there is considerable disappointment about the quality of work undertaken. Despite the intent, then, CSR has not translated into real benefit for the poor and ordinary people of this country.

With inputs from  M.S. Shanker in Hyderabad