War-Wary Uncle Sam In The Valley 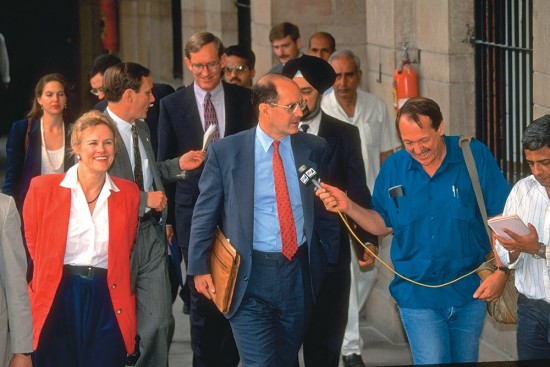 On the morning of May 24, two American diplomats landed in Srinagar. Nothing unusual as American diplomats had been visiting Kashmir Valley since 1990, when armed insurgency backed by mass ­uprising broke out in the region. This time, though, the civil society groups and others who met them say they were “more concerned and worried” about the escalating tension between the armies of India and Pakistan along the Line of Control (LoC) in Jammu and Kashmir.

According to an intelligence report, the diplomats—David P. Arulanantham, political affairs head of the US Embassy in Delhi, and another diplomat Robert Jacob Duval—stayed at the Lalit Grand Palace, Srinagar, once the Maharaja’s residence, on the foothills overlooking Dal lake. The diplomats met a cabinet minister and a senior police official, and also visited the house of a civilian near the Dal. “They knew what is going on along the LoC between the two armies, especially in Rajouri sector,” says a Kashmiri interlocutor who met the diplomats. “They also knew about happenings in the Valley and were concerned and worried.”