Wanted: Next In Line

Virbhadra Singh, aka Raja Saheb, ruled in pristine glory as a six-time CM of Himachal. But he’s 86, and in his winter he contemplates a former empire in disarray. 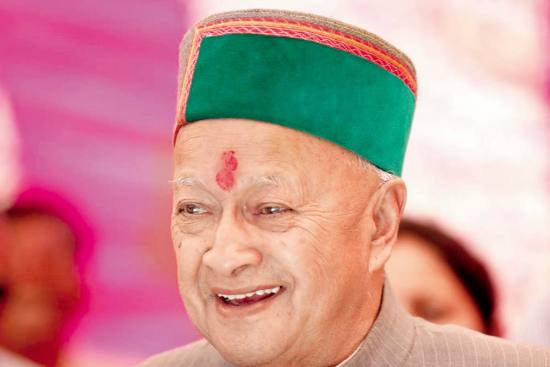 The king’s twilight is a paradox, a quiet life in reflection like the harvest moon flattering the Dhauladhar. Quite the kind of life one would expect an 86-year-old to have—retired or semi-retired, his kingdom and legacy in gifted hands. But that’s not quite for Congress stalwart Virbhadra Singh, aka Raja Sahib, in Himachal Pradesh, a state that has been the party’s fortress for decades until the BJP’s rise. The Congress—riddled with factions and infighting—has yet to find someone with pan-Himachal acceptability that six-time chief minister Virbhadra had. It is symptomatic of the Congress, more so in the hill state.

Several leaders have shown promise, but haven’t earned their salt. Take Mukesh Agnihotri, the Congress legislature party leader and a Virbhadra loyalist. He is aiming for the crown, aggressively taking on the BJP government. Another frontrunner could be six-time MLA Asha Kumari—articulate, adroit organiser, she is skillfully handling Punjab as AICC in-charge. And a bloodline to match—a Rajput, she is the daughter-in–law of Chamba royalty.