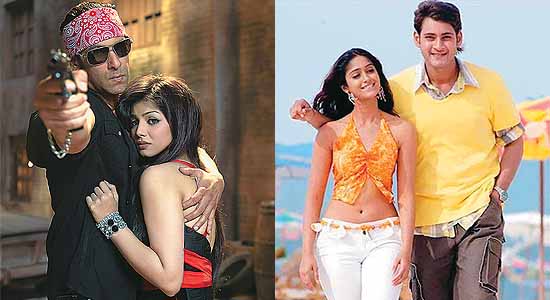 It may not be able to hold pride of place in the larger history of Hindi cinema but Wanted, a tale of love in times of gangsters and their sidekicks, is quite a significant landmark for recent Bollywood. Not just for the famous Salman Khan dialogue, “Ek baar jo maine commitment kar li to main apne aap ki bhi nahin nahin sunta”, but for the fact of having burst open the sluice-gates to a full-on southern tsunami. For Wanted, together with Ghajini, unleashed a new surge of south Indian remakes for the Hindi film viewer, a wave that refuses to abate.

It’s a wave that also saw a downward spiral in terms of the quality of popular Hindi cinema with its unsubtle, cartoonified formula of mindless action, loud dialogue and crude comedy in film after film, from Ready and Bodyguard to Boss and Policegiri. Mainstream masala has never looked more factory-made, with unbridled but stilted machismo and regressive stories in which women are reduced to mere props. Ironically, this robotic kitsch, be it remake or original, has found wide acceptance in the suppo­sedly sophisticated multiplex audience. 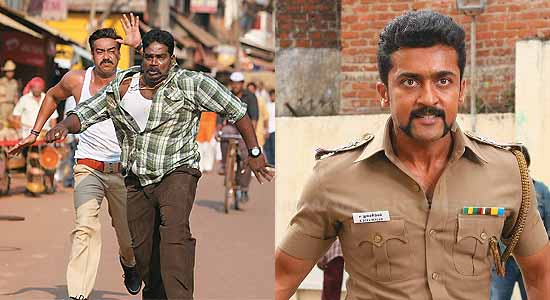 In chasing an easy route to success and to cover up for its own creative bankrup­tcy, Bollywood earlier resorted to lifting unofficially from DVDs of foreign films, be it Oldboy or The Italian Job. Now the lack of imagination is being plugged lawfully—by buying the rights of southern films with a proven trade record. It’s understandable that, at least at one level, the southern film industry should be happy with the remake explosion.

“We have only remade kitsch. Anything garish and violent with buxom women gets tagged as south cinema now.”

So is it win-win for both the north and the south? Not quite. For the south film industries, which together make more films and money than Bollywood (and better quality films at that), the recent cultural exports have been confined to the bad films. “We have only remade kit­sch. Anything garish and violent with buxom women gets identified as south Indian cinema now,” says Hindi aut­hor and critic Vinod Bharadwaj. “It creates a certain negative impression about cinema from the south, whereas the fact is there’s a whole new wave of serious cinema happening here. There’s more to the south than Ghajini and Rajni,” says film historian Theodore Baskaran.

Southern remakes have been around in the past as well, from Chandralekha thr­o­ugh Ram Aur Shyam to Judwa. However, the situation wasn’t as bad earlier. “It’s been around since the studio system got established. Prem Saagar (1946) is reg­ar­ded as the earliest Hindi remake of a south film,” says Baskaran. “Madras cinema was the truly national cinema. L.V. Prasad, Gemini, AVM made as many as 10 versions of a film for the all-India market,” says K. Hariharan, dir­ector, L.V. Prasad Film and Television Academy. Whenever any film struck gold in the south, it found takers in the north, be it as a Dil Ek Mandir or as a Nazrana. In the earlier days, they were family melodramas, now they are action thrillers. “The way action sequences are choreographed and styled in these films is unique, something Hindi films didn’t have,” says trade analyst Shailesh Kapoor. “They have handled the cult of violence in a unique way,” says sociologist Shiv Visvanathan. 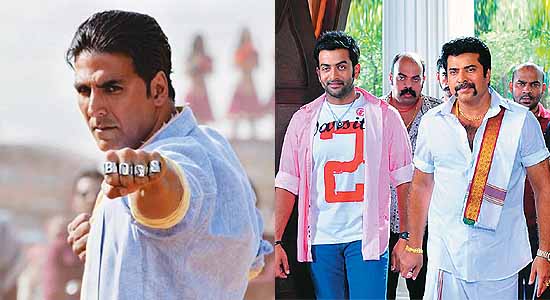 Mammooty is the Malayalam Boss while Akshay gets fisted in Hindi

According to Hariharan, south cinema had always been ahead of the curve vis-a-vis Bollywood. “Historically speaking,  Madras Presidency was more developed than the Bombay and Calcutta presidencies. Industrial progress happened much before here. So every technological innovation in cinema, be it 70 mm or colour processing, also happened in the South first. It’s been the pioneer,” he says.  According to Visvanathan, the south defines the new professionalism and dyn­amism. “We see a new confidence, hybridity and globalisation in the south, be it the music, from Rahman to Kolaveri Di, the choreography, script or technology,” he says. Which is perhaps reason enough why the north looks up to it.

It helps that southie action remakes have been literally a goldmine for Bol­lywood. From Bodyguard and Sing­ham to Rowdy Rathore, the “100 crore” hits have been rolling in as if on an assembly line. “As big Bollywood heroes are doing these films, the space of remakes is getting better established and defined,” filmmaker-choreographer-actor Pra­bh­u­­deva said at a press event recently. Even Aamir and SRK, known for their signature styles, have given it a try—Aamir in his attempt to do something new and SRK in his desperation to get his mojo back. Sal­man’s new innings as Hero No. 1 indeed rests entirely on remakes—from Tere Naam to Wanted, Ready to Body­gu­ard. It’s also given a new lease of life to the careers of Akshay Kumar and Ajay Devgan and it has bestowed a Director No. 1 cachet on a certain Rohit Shetty. 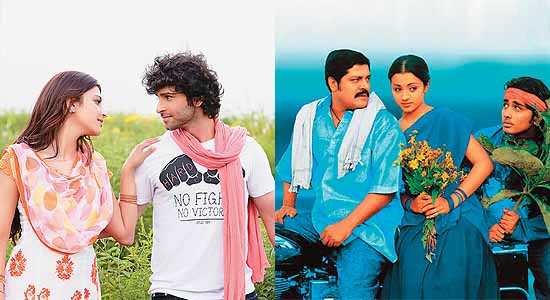 Salman’s new innings as Hero No. 1 rests entirely on remakes, from Tere Naam to Wanted, Ready to Bodyguard.

But why don’t these big names also attempt to remake a few good films? After all, there’s been some fairly decent remakes in the recent past, like Priyad­ar­shan’s Virasat based on Tamil biggie Thevar Magan and his Hera Pheri which some thought was even better than the Malayalam original, Ramoji Rao Speak­ing. Shaad Ali too did an admirable remake, Saathiya, of his mentor Mani Ratnam’s Tamil original, Alaipayuthey.

The general consensus is that good films don’t replicate well. The loss of context makes them lose out on impact. An Aadukalam, set in Madurai, with the concomitant class divides, won’t ring a bell in the north. A brilliant film like Nayakan was killed when it was turned into Dayavaan. “Any film rooted in Tamil soil, like a Subramaniapuram, won’t get remade well. A film with a sense of history, folklore, ideology and caste dynamics is not easy to replicate,” says Baskaran. Only easy entertainment and faceless, rootless stories manage to cross over.  “What succeeds is not an artistic but an industrial product that gets marketed well,” says Hariharan. What works then is the language of melodrama, simple and universal themes like loyalty and revenge, and the natural allure of big stars. 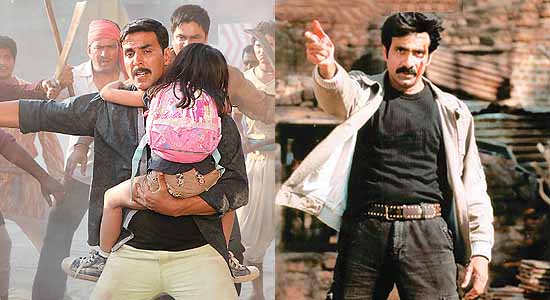 But bad films can’t run on for very long. Some of the recent remakes like Boss and Ramaiyya Vastavaiyya have come a crop­per at the box office. So are we seeing the formula on its last legs? “The ‘masala entertainer’ genre has officially died with the poor performance of Boss. It’s not the south remakes that are doing well. It’s Salman Khan, Rohit Shetty, Ranbir Kapoor and franchises like Singham that are doing well,” declares Kapoor. 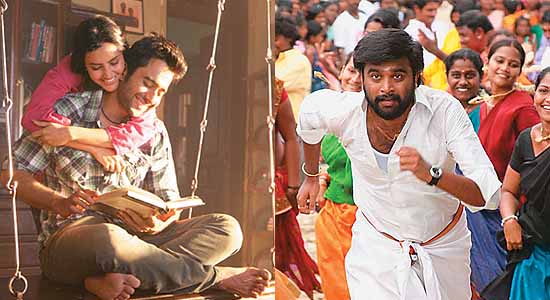 That said, the most awaited film of next year is still Jai Ho starring Salman Khan. Originally titled ‘Mental’, it’s a remake of the 2006 Telugu film, Stalin, starring Chiranje­evi. Then there’s the Hindi version of Thuppakki with Govinda, Akshay Kumar and Sonakshi Sinha in the lead roles. The most interesting acquisition has been Pizza by filmmaker Bejoy Nam­biar, of Shaitaan fame. He will remake the urban Tamil horror film. Will it send a chill down the spine as did the original? More, will it bring that much-needed touch of good in the bad world of remakes? Well, 2014 just might be the decisive year in the remake saga. “The content exchange will continue,” says Kapoor. “What will stop is the masala entertainer genre.” Here’s hoping.

A Spool Of Filth