The Congress can lament there. The BJP needs a triumphal arch. 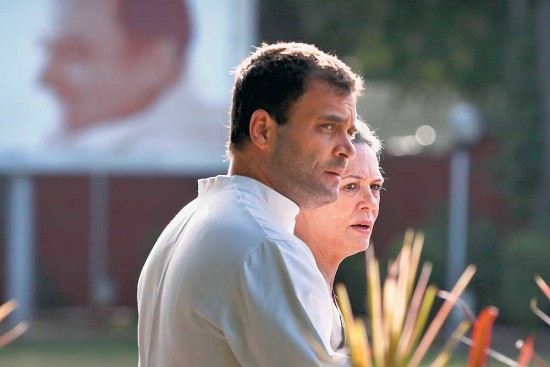 A Congressman quotes the Bhagwad Gita: “To Karma (action) alone hast thou a right and never at all to its fruits; let not the fruits of action be thy motive; neither let there be in thee any attachment to inaction.” Long-standing members of the grand old party are in a philosophical mood: when things get this bad, they can only get better, says one. There is no future, so we must laugh at our predicament and seek detachment, says another. There is talk of Rahul Gandhi going to cyclone-affected Andhra Pradesh. “He has to face both natural calamities and electoral disasters,” quips a veteran.

There is a difference in magnitude between being broke and going bust. There is quite a new dimension to the party’s predicament following the projected defeats in Maharashtra and Haryana. Politically, the party has never in its history been so diminished, now reduced to power in five relatively small states—Kerala, Karnataka, Assam, Uttarakhand and Himachal Pradesh. Earlier this year it lost ano­ther big bastion, the former Andhra Pradesh, now divided into two states. Its national vote has shrunk; its bases are receding. Most...