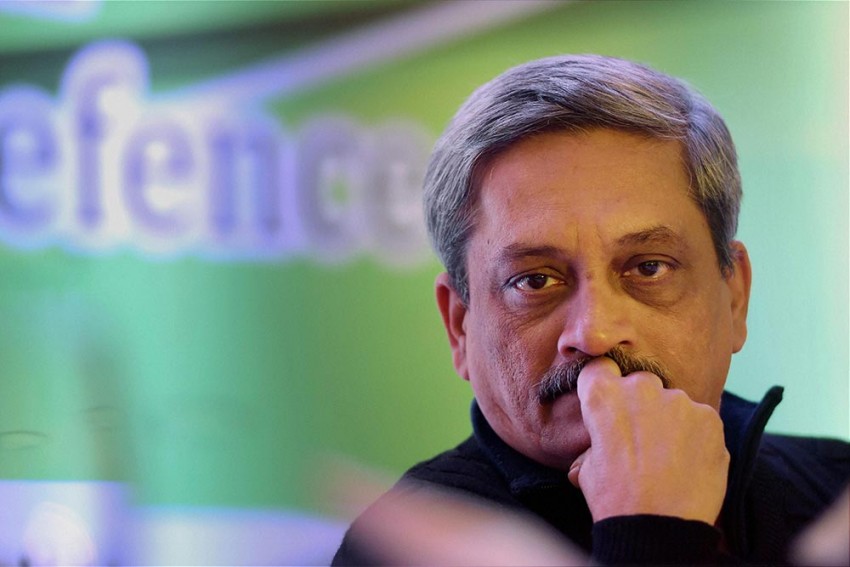 Healing Time
Manohar Parrikar has been under treatment in the US
Photograph by PTI
Prachi Pinglay-Plumber June 14, 2018 00:00 IST Waiting For Mr Parrikar 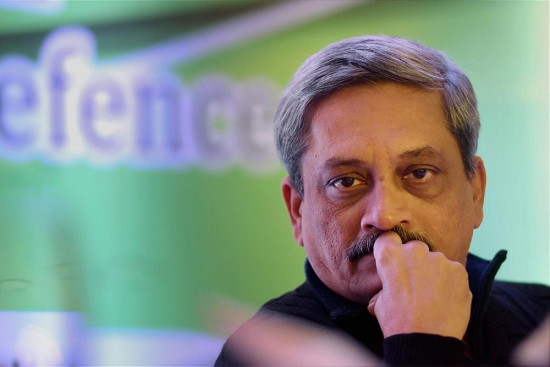 The monsoon has reached Goa and the state looks lush green and happy. For most politicians, however, the monsoon this time comes with shades of anxiety, given the uncertainty surrounding the imp­ending assembly session. With three of the state’s ministers indisposed due to medical conditions, including Chief Minister Manohar Parrikar, who is in the US for treatment, the Opposition has started mounting a serious attack over the government’s functioning.

The CM, meanwhile, has assured the public through a video message that he will return soon, and his coalition colleagues have told the media he would be back by June 15. Having missed out on almost four months of administrative work, a pile of difficult issues would be awaiting him when he gets back to office.

READ ALSO: No Question Of Leadership Change In Goa, BJP Leader Says CM Parrikar 'Giving Guidance From The US'

It all started when Parrikar got admitted to Lilavati Hospital in Mumbai, complaining of a stomach disorder. There are reports that he is undergoing treatment for a serious condition. He managed to return to Goa to hold a curtailed budget session, which would normally run for over three weeks. And before leaving for the US, he formed a Central Advisory Committee (CAC) comprising three senior ministers—Francis D’ Souza of the BJP, Sudin Dhawlikar of the Maharashtrawadi Gomantak Party (MGP) and Vijay Sardesai of the Goa Forward Party (GFP).

Though there have been complaints from certain quarters that the committee rarely meets and is unable to handle day-to-day affairs as the key portfolios are with Parrikar, Sardesai insists the CAC members “have been in constant touch with the chief minister to discharge our duties most effectively”. “The CAC was formed to facilitate the smooth functioning of the government,” says the GFP president. “The Goa government is going through extraordinary times, with the chief minister unfortunately under treatment abroad. This is unprecedented, unforeseen and beyond human control. Our commitment to the people of Goa is unshakable regardless of the situation we find ourselves in. Our word to the chief minister is sacrosanct; so is our word to the people.”

The other two senior ministers temporarily out of action are Francis D’Souza and Pandurang Madkaikar. Madkaikar, who suffered a brain stroke and is in a Mumbai hospital, held the power ministry and Goa has been in the news for power outages, perhaps for the first time. According to Sardesai, Goa had never faced a power crisis and the citizens were not used to it, and hence the outrage. Insisting that work was going on despite Parrikar’s absence being felt, the CAC member is confident that the monsoon session would begin mid-July.

“When the father is away, the children will play truant. That’s happening with this administration,” says Congress MLA Aleixo Reginaldo, explaining why he has doubts over the efficacy of the CAC or the administration. “On all issues that need to be addressed—power crisis, law and order, mining—the standard response is waiting for the CM. There is not even an official health bulletin on his state of recovery. We wish him a speedy recovery, but the adm­inistration has to go on. There is no deputy or acting CM who is in charge.”

“We (the three CAC members) have been in constant touch with the CM to discharge our duties most effectively,” says Vijay Sardesai, GFP.

Despite complaining to the Governor, the Congress, riddled with internal differences, seems unable to present a formidable opposition. The BJP, on the other hand, is barely able to sort out the differences between allies. In terms of seniority, MGP’s Dhawlikar should have been given charge in Parrikar’s absence, but that would have rubbed the GPF the wrong way. The survival of the delicate balance has a lot to do with Parrikar heading it.

In March, social activist and lawyer Aires Rodriguez had sent a legal notice to the chief secretary saying it was unc­onstitutional to run a government in this manner. “After requesting information under the Right to Information, there has been no response from the CM’s office. I am wondering how to proceed because this way of functioning is unconstitutional,” says Rodriguez.

The uncertainty notwithstanding, this is nothing like the proverbial end of the road for the Parrikar government. “Under Article 356 of the Constitution, the President can suspend the government in a state if the Governor informs him that the government in the state cannot be carried on in accordance with law,” says Shrihari Aney, former advocate general of Maharashtra. “If the Governor feels there has been a breakdown of the constitutional machinery, only then does the need arise to suspend the government. This does not appear to be the case in Goa at present. Mere del­ays in decision-making or in framing or implementing policies may not justify such a measure. Although Goa is facing its share of peculiar problems related to law and order, mining, land and casinos, it cannot be said the constitutional machinery has failed.”

Activists, however, are asking what the purpose of the government is if the state assembly does not meet to look into citizens’ issues. “I am worried about the legislature and its role,” says Bhasker Assoldekar, Goa coordinator for the Association for Democratic Reforms. “On an average, the previous two governments—Congress and BJP—met for around 25 to 29 days per year in three sessions: budget, monsoon and winter. Six months into 2018, this government has met only for a few days. If the elected representatives do not meet to address the issues of governance, can we say the government is functioning?”

By Prachi Pinglay-Plumber in Panaji

The Keeper There Wasn’t