National Vote For Yourself

A new voter registration process is a big hit 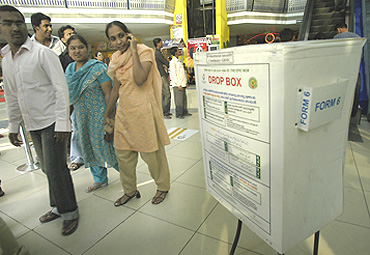 Getting enrolled on the voter's list in Hyderabad has become that much more simple. The credit lies with the Election Commission (EC), which introduced the people-friendly drop box system under the jurisdiction of Greater Hyderabad Municipal Corporation (GHMC). The system, the first of its kind in the country and introduced as a pilot project in...