The powers-that-be in this new environment see to it that our brains remain intact and absorb everything. 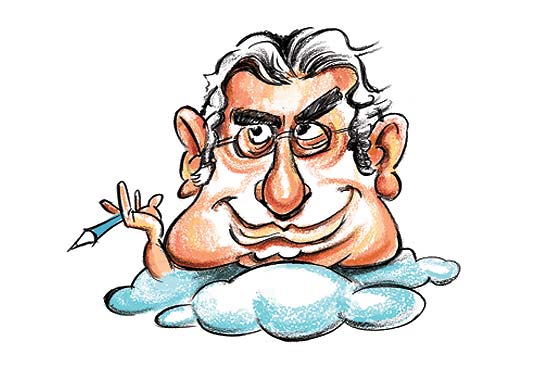 Should I do the diary? New place, honorary job, new environment, no pollution, greenery all round, and contrary to expectations, no one with wings. I am certain that this place has no secrets hence from where can I create the secret diary. No problem. From Bombay, Delhi and Lucknow, I had created an image that I can produce readable stuff. It gave me the confidence that humans on any planet can make news. Look at Mr Spock, who was such a great character and loved by all in Star Trek.

Of course, Spock did not maintain a Secret Diary. But the new trend in these new worlds is that entrants should maintain secret diaries with information on the past, present and future. The powers-that-be in this new environment see to it that our brains remain intact and absorb everything. From the comments which appeared in the media I did not err in keeping my table ‘paper-free’ and relaxed keeping my feet on it. The media may be a ‘great communicator’ but it provided freedom for the editor to convey assent or dissent by just raising his eyebrows.

Money was always scarce when I wandered into journalism. How to pay for cab fare for reporters? Give them  expense accounts? I tempted and spurred the reporters to write good stories by promising them cab fare but always with an eye on the MD’s cabin. Door, I mean, this was all during the good ol’ days but things did improve later on. My satirist friend, Trishanku, who worked for Reader’s Digest for sometime, told me their star reporter Joseph Blank, while covering a revolution In Latin America, had to face an earthquake. He phoned his office for instructions, they gave him the green signal to buy a two-seater plane along with its pilot and sell it off once the assignment was over. I wondered what would have happened to an Indian reporter who tried to do the same! Fortunately, Trishanku did not expect ‘Digest-like’ fees for his contributions and was happy following me from one publication to another as long as he was permitted to assume various pen names, mostly from Indian epics and Shakespeare (Touchstone, Falstaff, Beebhatsu etc). Did I have a slight tinge of contempt for editors on the whole? And did I name my dog Editor because of the same? Certainly not. Look, Editor generated more fan mail than his master and any other editor. Isn’t that revealing in itself?

This new place is not bad. Later in the evening, there is a ‘Madhuras Mulaqat’ and that should be interesting. The three names which sounded interesting among the hosts were Urvashi, Tilottama and Helen. It is the start of a new season in this pace. To be an editor must mean something.