The Indian diaspora straddles two worlds in the movies too. And now they are finding an audience, both globally and in India. 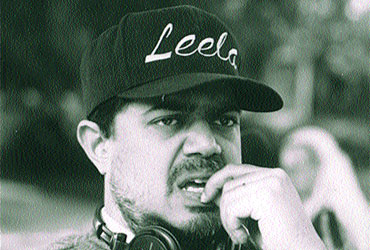 outlookindia.com
-0001-11-30T00:00:00+0553
Kris aka Krishna Gyan can't identify with his placard-carrying, activist South Asian friends; he'd much rather play basketball with his American buddies. Like his Yankee stepmom, this second-generation Indian-American, the protagonist of Somnath Sen's debut film, Leela, thinks he is essentially an American who is "trying to understand Indians and what makes them tick". But he also feels a little like an outsider in the land of "individual freedom and choice". Just another film away is another Kris, also born and brought up in America. Krishna Gopal Reddy, the hero of Piyush Dinker Pandya's campus comedy, American Desi, can't understand Hindi and abhors Bollywood films. Yet he falls in love with an Indian-at-heart girl and woos her over some vigorous garba-dandiya dance sessions.

These youngsters inhabit two widely different worlds, belonging to both East and West but not having fully embraced either. And they are the faces of a new brand of diasporic cinema running successfully at a theatre near you. It's been a perceptible trend of 2002: a resurgence of films made by NRIs with NRIs as protagonists. The pattern emerged with southern star Revathy's directorial debut, Mitr, My Friend, the tale of a bored NRI housewife and her changing relationship with a busy husband and a rebellious, teenaged daughter. The unlikely blockbuster though was Bend It Like Beckham, UK-based director Gurinder Chaddha's take on the "Indian obsession with weddings and the English obsession with football". At the recent International Film Festival of India, fickle fame came calling on an unlikely film, American Chai, about yet another young expat, Sureel, who doesn't believe in the "fusion salad bowl philosophy". He wants the "freedom to choose who he wants to be and do what he wants to do" but can't tell his parents that he's studying music, not medicine as they have always desired. The film releases in India in January 2003. Meanwhile, Deepa Mehta's romantic comedy about a Canada-based Indian millionaire, Bollywood/Hollywood, is also soon to hit the marquee. And last heard, Hyderabad Blues filmmaker Nagesh Kukunoor was planning Tandoor, a film about an ageing Indian cook and a woman lawyer. Set in New York, it'll have Hyderabadi cuisine as the leitmotif and will star Big B himself.

NRI films always had a strong 'presence' in Bollywood. Love In Tokyo and An Evening In Paris used the expat as pretext to stage song 'n' dance numbers in exotic foreign locales and to take viewers on a tour of the wondrous world. However, with Aditya Chopra's Dilwale Dulhania Le Jaayenge the genre got the nod as a mega success formula for turn-of-the-century Hindi mainstream cinema—finding unprecedented patronage in the booming diasporic market. The new crop of NRI films are however different in that they have been aiming small. American Desi was reportedly made for just $250,000; Chai was put together for less than $1 million and shot in 21 days. Leela was made for under $2 million and shot in 25 days flat. It's being released in just 12 cities in India with 25 prints. There will only be four prints in the US, and that too in just New York and California. "We hope to go wider as word-of-mouth publicity picks up," says director Sen.

Bollywood NRI films have been out-and-out candyfloss fairytales, cloaking traditional themes with trendy packaging. "I have never met an NRI who even remotely resembles those in Bollywood films," says Piyush Pandya. In Gen Y expat films, cosmetic formula and the nostalgia for home of Manoj Kumar's Purab Aur Paschim gives way to some practical, and often uncomfortable, questions about roots and belonging."Going home is only metaphorical. We'll never really come back, the roots might be in India but our home is in America," says Anurag Mehta, director of American Chai However, these new narratives can't be clubbed with films like Bhaji On The Beach, My Beautiful Laundrette or Sam and Me either. "Those were activist films. What you are seeing now are more mainstream attempts at telling stories," says Sen. So, despite the seriousness of the issues the tone is feelgood, there are no overt confrontations and matters of identity and alienation are dealt with simplistically. "It isn't a political film, it is not meant to educate or philosophise about anything," says Pandya of Desi.

What today's NRI movies have managed is to go mainstream. And so this year the British entry for the Oscars is The Warrior, made by Asif Kapadia, born and raised in London. It's about a Rajasthani warrior who renounces violence to seek peace in the Himalayas. American Desi managed to rank 24 on the Variety Box Office charts on opening weekend and opened at No. 15 at the UK box office. Bend It opened No. 1 on the UK charts with 450 prints as compared to five for Bhaji a decade ago. In the past, a What's Cooking or East Is East had remained confined to the festival and arthouse circuit in India. Now Leela is being handled by leading distributors, Shringar Films.

The target audience in the new efforts is clearly the young, second generation NRI. But the stories also find a resonance with the resident non-Indian college-goers of Colaba or Greater Kailash, who eat the same burgers, drink the same coke, see the same MTV and laugh at the same one-liners. "When I wrote Desi, it was a Hollywood story about an Indian subculture. It was made for a US audience so I never imagined it would be seen by other countries," says Pandya. In fact, these films are emerging as a perfect meeting point of NRI reality and rni truths.

Most filmmakers themselves have lived out these experiences. "We are starting to tell our own stories," says Sen. He considers Leela an amalgam of his story and that of his wife, Kavita. Like him, Leela is someone who's grown up in India and goes to the US and has to deal with an alien culture. Kris is like Kavita who was born and raised in Buffalo, New York, in a single parent home and went in search of "her own India". Desi was conceived out of Pandya's own college experiences. "I was very much like Kris, distant from my culture. But during my college years I came to rediscover my heritage," he says.

The straddling of two different cultures also finds a parallel in their brand of filmmaking. Desi is inspired by teen films of the '80s like 16 Candles and Pretty in Pink and hip hop films like House Party to which Pandya claims to have added a unique Indian flavour. Anurag finds himself caught between two worlds—he's a fan of Big B but wants to make Hollywood films. Sen thinks his training in the West equips him to make a mainstream Hollywood film but he also wants to try a hand at Bollywood. "If I can make a Sholay, I'll die happy," he says.

But despite the growing numbers, one question looms large: how many more such 'identity crisis' movies can the market take? Sen defends this engagement with nationality issues. "This is something that is top on the mind, it's something all of them grapple with everyday," he argues."If you can take seven Devdases, why not more NRI films?" asks Anurag. To him it's just the beginning of a new genre, which will, hopefully, grow and evolve. "Once it matures you will start seeing films that deal with many different stories, ideas, themes," says Pandya. He also resists the "NRI" ghettoisation. "Films are ultimately films," he says. No wonder Anurag wants his next film to be not about being an Indian but a Hollywood film with an Indian character. Sen is making Jade with Sushmita Sen and four male actors and Chaddha's next project is a musical set in India, the UK and the US starring actors from all the three countries.Clearly, the way ahead for the diasporic movie is to become truly multi-cultural.

In upper Assam, a PSU giant helps the youth get back on their feet