Our celebrity round-up of places where they live. 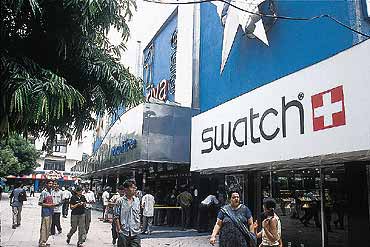 outlookindia.com
-0001-11-30T00:00:00+0553
I moved into Vasant Vihar in 1991 on my return from the UK. It is a very central locality of the Capital. My office is close-by, so is my mother’s farmhouse in Chhattarpur. The other plus point is Modern Bazaar. When I moved in, I was widowed and had to run the house on my own. Modern Bazaar made the task easier. My mother set up an account with them so that I could buy whatever I wanted for my daily needs and then square up the balance with them at the end of the month. Vasant Vihar is a friendly neighbourhood. You can get large houses with nice, big rooms.

I have Aroon and Rekha Purie for neighbours. Also General Harbaksh Singh who was my father’s buddy in the army. I am a regular visitor to Priya. In fact, there has been a lot of development around the Priya cinema complex. Quite a few food joints have mushroomed here and I love the junk food available. Another favourite haunt is Andaz restaurant at the Vasant Continental. They have lovely live qawwali sessions and old Hindi film songs. There’s a problem though: a lot of houses here are now getting converted into clusters of flats. So the parking space has literally started spilling out onto the road.