"UTI Is Too Huge For Rapid Changes"

Newly appointed UTI chairman M. Damodaran admits he is in the hot seat. But he is quick to add that changes have already been set into motion in the beleaguered mutual fund. Excerpts from an exclusive interview: 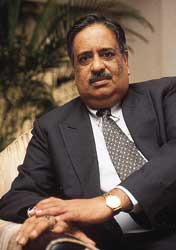 outlookindia.com
-0001-11-30T00:00:00+0553
Numerous committees have recommended various measures to restructure the uti. Why were most of these never implemented?
There will be a lot of changes now. We are trying to push a host of legislative changes in the forthcoming winter session of Parliament. Besides, we will also be looking at points raised both by the Malegam Commission and independent market analysts. All this should certainly happen within the next couple of months.

Are you probing charges of insider trading—Indian companies indulging in heavy redemption after being aware of the US-64 freeze much in advance?
No. We are effecting a few changes in sensitive positions to bring in increased transparency to the organisation. All internal committees will be reshaped to have a significant outsider presence. We have also mounted a fierce recruitment drive for capable fund managers.

Will the finance ministry be involved in the day-to-day functioning of the uti now?
Two days ago, Jaimini Bhagwati, joint secretary (capital markets), was appointed as the finance ministry's nominated director to the uti board. It may not be possible for him to keep track of day-to-day operations, but he will definitely be in the know of all that is happening.

Silence Of The Bulls