Fare hikes were anyway unlikely. The railways, in need of extra-budgetary funds, will look forward to finmin. 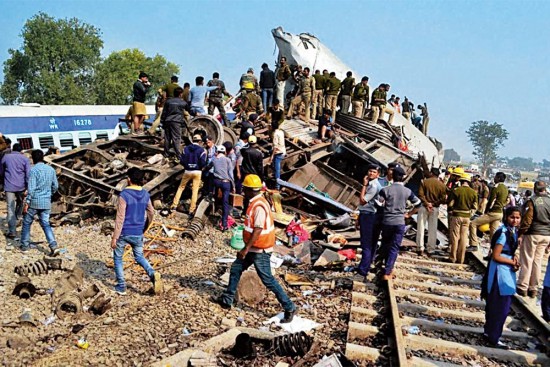 If Suresh Prabhu looked relaxed after finance minister Arun Jaitley subsu­med the Railway Budget within the general budget on February 1, it perhaps also masked the loss of an opp­ortunity to helm a whole conceptual transition for the railways. Sure, Prabhu had been spared the onerous, but thankless job of trying to present a rosy picture of finances when none existed. He didn’t have to spell out what happened to the High Speed Rail Authority, meant to implement the government’s famous bullet train promise. Or how 48,000 hectares of vacant railway land could be monetised to shore up non-fare revenue. He didn’t have to walk the populist track and announce a slew of new trains and lines. He didn’t even have to touch the tricky area of fare hikes—either risking one on the eve of crucial assembly polls, or letting status quo prevail and causing more harm to the financial health of the behemoth.

Instead, Jaitley made it easier by unveiling a new paradigm to fix passenger fares, essentially enabling a hike. Tariffs would henceforth be set “taking into consideration cost, quality of service, social obligation and competition from other forms of transport”, he said. Sources in Rail Bhavan told Outlook that by introducing these criteria, the finance minister has freed the railway fare structure from populist and political pressures. “A hike in fares, especially in the highly subsidised passenger segments, including sleeper and non-AC classes, will soon be announced. It can be anything between seven to 10 per cent,” a senior railway official disclosed.