A post-colonial tale of a native’s return is alive with Vassanji’s sense of history, and nationalism’s complexities 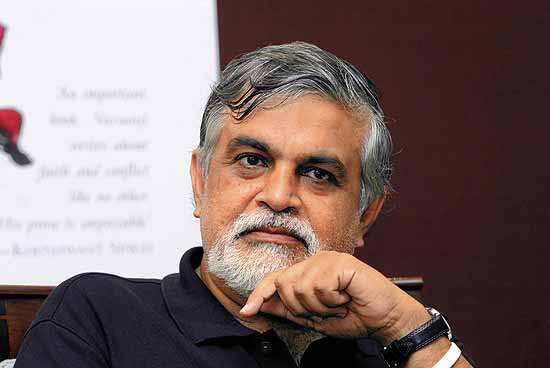 It is ill-advised for a writer to use the word ‘magic’ in the title of his novel. (Note that J.K. Rowling doesn’t do it.) What happens if the spirits he calls forth from the vasty deep will not come?

This is the first of Vassanji’s books I’ve read, and I’m afraid I have to say my first impression had to do with his appalling diction. On the very first page there are three bad choices of words—“depleted Sunday afternoon”, “awoke some nerve in me” and “caught my breath”, for “caught my attention”. First impressions don’t die.

However, they may be made to fade away. The story becomes absorbing as you go on. Told by an unnamed Tanzanian publisher, it is about the return to his childhood home of a half-Gujarati, half-Swahili Canadian doctor whose marriage has fallen apart, in search of a childhood friend named Saida. The journey of rediscovery becomes increasingly complicated, as such journeys are apt to. The second of the four sections, told in Kamal Punja’s own voice, encompasses the last century of East African history and forms the core of the story. The tragic figure of the poet Mzee Omari fills this section, and his tale shadows all the book. They who cannot remember history are condemned to repeat it: that is the sad saga of colonialism.

A couple of caveats again: I don’t see why the change of narrator is necessary. Also, Gujarati customs are strange to me (and have become more so in the last 10 years), but can a Muslim be named Devraj? And Kamal’s mother seems to be more important to his life than Saida; why does he make no attempt to find her instead, or find out if she is living?

The magic which Saida has come to mean to Kamal is not the magic of the book itself. He left so long ago that his memories of childhood cease to have much to do with the real world of independent Tanzania, which has itself lost the naive but noble idealism of the 1960s. Vassanji is gentle with the East African coast as with a childhood sweetheart: He evokes those spirits vividly and lovingly.

Vassanji is gentle with the East African coast as with a childhood sweetheart. He calls forth those spirits vividly and lovingly.

Vassanji knows, too, that the successful emigrant cannot ever return home. In the last 30 years, the idea of rootlessness has been made so fashionable by NRI writers that it has gained a sexiness of its own. Its harsh tropes have taken on lying hues of glamour. This is what it is about: “In the comfort and freedom allowed us nowadays, it’s easy to be cynical and harsh; those who left us for abroad during our worst times...deserve no sympathy from us. But this man before me demonstrated how complicated a real life could be in our times, how painful the idea of belonging.”

The returned Kamal asks, “Weren’t we exhorted, as the future generation of this country, help yourself, we’re not beggars? Be proud? Where’s all that pride gone?”. He was, as he confessed, out of date in his concern, and out of place. But he was right too. Where indeed has that old idealism, that uhuru (Swahili for ‘freedom’) spirit, gone?

As with the complexities of nationalism, Vassanji is good with relationships:

“They never spoke about each other, they were, the two of them, a conspiracy together. An implication.”

In Omari’s flattery of the German conquerors, too, there is an implication—which resonates in most of us who write in a language not our mother tongue—of a Faustian pact.

Vassanji takes us easily, despite his often jarring, predicate-less sentences, on a difficult journey of understanding. His minor characters remain in the mind—the doomed hotel-keeper, Ed Markham; Omari’s wife; Kamal’s Indian uncle. It is often in fleshing them out that he achieves the memorable: “He had returned from a pampered world, where a remedy was offered for every ailment, real and imagined. A glut of medicines and treatments. Death was an affront”.

Or: “They were all honouring him, and not Abdelkarim, the hero, the genius and patriot, the man of God. He had ingested his brother”.

Eventually, in the nature of things, Saida is found. What else Kamal finds on the way is his story. The wise man knows not to embark on such journeys. As the local sorcerer warned, “The past is a dangerous business; it is best to keep it buried”. It is best, because they don’t do things any differently there.

In The Broiler Factory