Under A Dangerous Motto

By refusing to take bribes, the Madurai collector has earned 18 transfers in 20 years, a modest house and bank balance and lots of respect 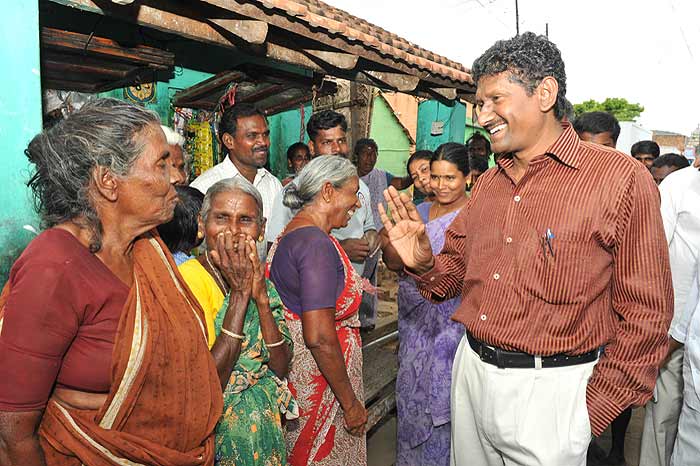 On a hot summer afternoon, on Madurai’s busy main road, the district collector, U. Sagayam, saw a young man talking on a cellphone while riding a motorbike. He asked his driver to wave the man down, got down from his car and meted out instant punishment: plant 10 saplings within 24 hours. Somewhat unconventional justice, some might say. But that’s how Sagayam works.

‘Lanjam Thavirtthu, Nenjam Namartthu’ (Reject bribes, hold your head high), says a board hanging above Sagayam’s chair in his modest office. That’s the code he lives by, even if politicians are incensed they cannot bend him their way—he’s been transferred 18 times in the last 20 years—and has made enemies of both superiors and subordinates. “I know I sit under a dangerous slogan and probably alienate people,” he says. “But I have been the same Sagayam from Day 1. Standing up against corruption is not for a season. Nor is it a fad. It’s forever.”

Two years ago, as district collector of Namakkal, he voluntarily declared his assets: a bank balance of Rs 7,172 and a house in Madurai worth Rs 9 lakh. Once, when his baby daughter, Yalini, who had breathing problems, was suddenly taken ill, he did not have the Rs 5,000 needed for admitting her to a private hospital. At that time he was deputy commissioner (excise) in Coimbatore and there were 650 liquor licences to be given out. The going bribe for each was rumoured to be Rs 10,000.