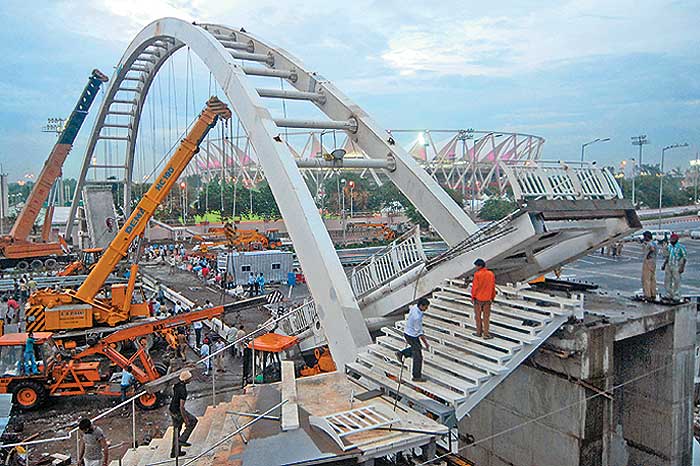 With barely 12 days to go for the CWG, the Organising Committee spokesperson looked the camera dead in the eye and asserted reassuringly that as much as 70 per cent of work on the athletes’ accommodation had been completed. Now, it was merely a question of the 30 per cent that remained. Simple arithmetic tells us the only context in which his statement would be acceptable would be if construction had started 40 days ago, which was far from being the case. But the spokesman could clearly not fathom why everyone was aghast at his revelations. After all, we still had 12 whole days. Nor could Lalit Bhanot understand the brouhaha caused by his argument that hygiene standards varied across the world, and now that we know that some westerners are sniffy about keeping defecating stray dogs off their beds, we will clean it up, good hosts that we are. Sheila Dikshit was equally adept in brushing off the footbridge collapse by telling us that it had not been built for athletes or important people to use, but for ordinary folk, and too much should not be made of it. Not to be outdone, the mayor of the CWG village, Dalbir Singh, appealed to our sense of fairness by reminding us how new constructions always do have niggling problems at the beginning, and we should be understanding. And sports minister M.S. Gill spoke with avuncular affection about the CWG being akin to a Great Punjabi Wedding where everything mysteriously falls into place as soon as the bhangra beats begin. Overall, the CWG establishment seems to be saying: all is not exactly well, but then, we are Indian, and we are like that only, and it really is OK if we urinate in public.

But the middle class, egged on by a fire-spitting media, has not bought this comforting patter. Promised a world-class event matching its notion of India-as-the next-superpower, its reactions to the poor state of preparedness for the CWG have been vitriolic. There we were, looking to out-Beijing China, and now we are back to being defensive about our status as a Third World country that can try, but can never quite measure up to the rest of the world. Not even when it throws huge sums of money at the problem, and ends up hosting the most expensive Commonwealth Games ever. Much to our chagrin, India gets “found out” and all our pretensions to being world-class crumble like false ceilings at a stadium. 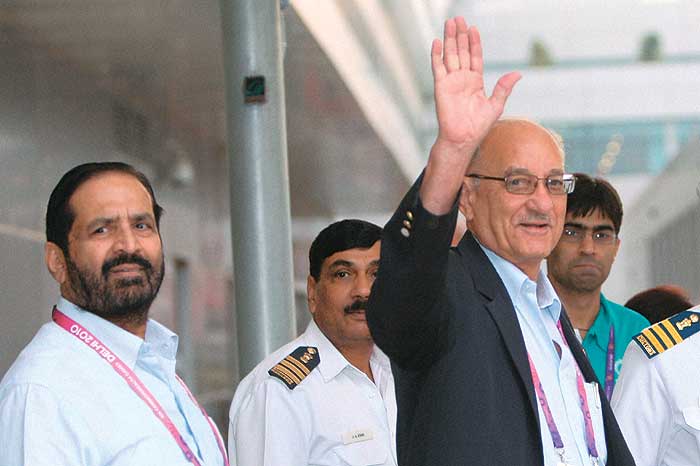 As the embarrassments pile up, we begin to introspect: is there a deeper sickness, a disease that lurks in our bones? Is our valorisation of “jugaad” responsible for this state of affairs? Have we taken too much pride in our ability to cobble together compromise solutions in the nick of time by cutting corners intelligently? After all, every statement issued by anyone related to the CWG smacks of this smug acceptance of the almost-good-enough-almost-in-time worldview.

I think we are barking up the wrong tree. Jugaad operates under conditions of insufficiency. It is all about squeezing out creative solutions that allow us to extract important benefits from scarce resources by sacrificing the not-so-essential. It creates access to goods, services and experiences we otherwise might not have been able to afford. It massages existing reality in order to create a new set of options that did not seem apparent at first glance. By compromising imaginatively, we add value, we don’t deplete it.

looking to out-beijing china, We are back to being defensive about our status as a third World nation that tries, but never measures up to the rest of the world.

With the CWG, we have a very different problem on our hands. For one, there is palpably no insufficiency; on the contrary we are spending world-class sums of money, the kind of money that, spent in any other area, including sports itself, would have given us dramatically improved outcomes. We do have the mindset, and the capacity, to achieve top standards by spending well. If we did not, the Metro would not be what it is, nor would our domestic airlines be acknowledged as being among the finest in the world. And while our airports may be pallid imitations of the best in the world, they certainly do not compare badly in terms of quality and speed of construction.

In the case of the CWG, what looks like jugaad is in fact plain disregard. Indian politicians and public officials are just not used to being held to account for anything. They have perfected a strategy of dealing with inconvenient criticism: browbeat critics, brazen out the criticism without blinking, or just lie low till some other problem comes along to engage public attention. So we have project delays that run onto decades, cost overruns that are exponential, and new roads that are uneven on the day they are inaugurated. Corruption too does not need to hide here; there isn’t a licence that can be renewed or a contract registered without greasing someone’s palm.

For officialdom, the fly in the ointment, in this particular case, has been international scrutiny. These wretched foreigners are different, not in their hygiene standards, but in expecting us to deliver what we have promised. Usually, they come to India under the cover of diplomacy, which requires them to cloak their opinions in the emulsion of self-serving flattery. This time around, they’ve come as finicky guests, and have no need to deliver the usual bromides about India’s great potential as a world power. They are flushing our toilets and sniffing our mattresses and when they smell something faecal, they are saying so loudly.

The middle class, extremely touchy about the new animal called Brand India, winces every time they speak. It is, in fact, a reflexive middle-class reaction to see Brand India getting damaged every time something goes wrong in the country.  Most of the time, this acute sensitivity to what the rest of the world thinks about us stems from a deep sense of inferiority. In this case, however, the middle class should neither flagellate itself (why are we like this, etc), nor should it be blamed for being aghast at the CWG. The only reason for spending the staggering sum of Rs 70,000 crore was to improve India’s image in the world and to signal its arrival on the world stage. That seems like a cruel joke now.