A quiet fascinating story, unfolding in a historically turbulent time, but a bit endless 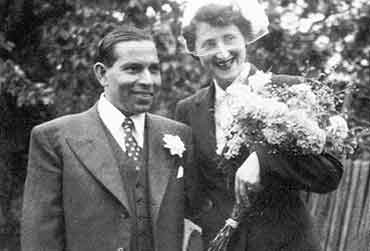 Two Lives
By Vikram Seth
Penguin/Viking Pages: 503 Price: Rs 695
There are many lovable things about Vikram Seth. He writes about people who do not dazzle. And he does not dazzle the reader with his narration. In fact, it is with some effort one realises that there is a kind of disciplined literary style which Seth has succeeded in making almost unobservable. This is not possible, say, in poetry. Even Vikram Seth wouldn’t be able to obliterate the un-naturalness of that genre. The most he could do perhaps is to make it unobtrusive. Of course, he has always been interesting and witty. If people took months to read A Suitable Boy, it was because the author had fashioned an infective leisure for the reader as well. In that sense, Two Lives is an extension of all the prose Vikram Seth has created in his 25-odd writing years.

Two Lives is a long and leisurely account of the life and pursuits of Vikram Seth’s great-uncle and, even more importantly, his German wife. Vikram came to know them closely when he went to England in 1969 to study. He was 17 and his great-uncle, Shanti Behari Seth, and aunt, Henny Gerda Caro, were both 61. For all his overseas education and long residence abroad—almost 40 years—Vikram Seth has retained the age-old quality of an oriental in being attentive, respectful and more than affectionate to the elders of his family. In some aspects, it must be said, Shanti Seth is more liberated than his grand-nephew. Uncle Seth had many twists and turns in his not-so-well charted early years and his decision to choose Germany over France to study dentistry had an unusual reason. A girl accosted him on a Paris street and when he told her to go away, asked him if he was impotent. Shanti decided that was enough reason not to study in France. In Berlin, he chooses to be a lodger with a German family without knowing a word of German. With not only spoken but written German as one of the requirements for his dental examinations, he manages with single-minded determination to pass with distinction within five years. By October 23 of that same year, 1936, he had also completed his doctoral dissertation.

That was the year of the Berlin Olympics. Hitler had seized power in 1933 and in 1936 he had hoped to prove the Aryan-German’s racial superiority to the world through the Olympic events. But the coloured American Jesse Owens kept winning gold medal after gold medal and poor Leni Riefenstahl, Hitler’s chosen documentary filmmaker, had to put it all in her monumental documentary film of the Berlin Olympiad.

Shanti Seth’s successes in dental academic studies came to nothing when he realised that as a non-German, he couldn’t set up practice in Germany. Until then things hadn’t been going very well for him but he wanted to practise dentistry. So, he moved to London. There, once again to his horror, he realised that his German degree and certificates were not recognised in England and so he had to requalify. All these are momentous decisions for a young middle-class Indian alone in an alien land but his intuition never failed him. His only friends at this time were the family he had lodged with in Germany, the Caros—Henny, her sister Lola and their mother Ella. They saw him off when he left Germany, and he was the only person at London’s Victoria Station to receive Henny when she arrived there in 1939. Lola and Ella were lost forever in the infamous gas chambers. The Caros were Jews.

Right from the beginning, Shanti Seth seems to have had a special place in his heart for Henny but she had another man in her life, Hans Mahnert. Shanti remained a cordial friend and well-wisher of both till the end of the war. It was only after the excruciating knowledge of the death of Henny’s dear ones in the most bizarre part of the century’s history that Shanti and Henny became man and wife in 1951. Shanti had served in the war with the British forces in El Alamein, in Syria, in Trablous (confusingly called Tripoli) and then Italy. Shanti’s life was spared in a shell-burst but he lost his right forearm.

Shanti and Henny led a life of constancy and devotion, lively arguments (conducted in German), and periodical holidays in European resorts excluding Germany altogether. With the arrival of Vikram in London in 1969 to study, the couple found a son they never had. For Henny, Vikram started off as "her husband’s nephew" but she soon claimed him as her own nephew. Around 1985, Shanti retired from work. He wasn’t in good health—lungs, heart, hospitals. But it was Henny who died first. The nephew rushed to London, leaving his research for his novel, A Suitable Boy. The dear aunt managed to whisper to her nephew, "Vicky, you are so sweet to come...I will never forget it all my life." All her life, indeed. She died within days. Shanti was shattered. "I don’t want to see the body. That is not Henny lying upstairs.... It is not Henny any more."

A thing that happens to most writers happened to Vikram Seth also. He was an author in search of characters. One day, his mother suggested: why not interview Shanti Uncle? It might cheer him up. And so he interviewed his great-uncle in 11 sessions and later also chanced upon an old-fashioned trunk in the attic that came perhaps with Henny to England in 1939. The trunk contained a large number of letters and photographs that Henny had received. She had also kept carbon copies of some of the letters she had written.

Henny cried only twice, according to what Shanti told Vikram. But both Shanti and Henny matched each other in stoicism and the will to live. Two Lives is not just a story of two lives but it is also the story of immeasurable love between two human beings of dissimilar backgrounds and cultures. And to think that when Shanti first appeared at the Caros’ door as a young student, Henny had urged her mother, "Don’t take the black man!" Vikram Seth’s book also tells of those moments in life when one is grateful for a wish or a prayer not answered.

Two Lives has a number of photographs spanning nearly a hundred years. A reviewer had remarked that the book is a pocket history of a tumultuous century—the Indian freedom struggle, the Second World War and even a bit of the Sikh riots of 1984. The book contains detailed accounts of how the Hitler regime went from one monstrosity to another. There is a harrowing reference to the massacre of a group of women and children just days before the capitulation of Germany. The book reproduces a large number of documents in the original German as well as translated into English. Shanti Behari Seth and Henny Gerda Caro are indeed worthy of the highest literary tribute and the reader is indebted to the author for bringing their lives to light.

But one can’t help feeling that the author has been unable to resist the temptation of putting all the material he chanced upon into one book. The book would have been just as moving and profound if he had resisted the temptation. One could ask why Henny’s sister and mother didn’t try to go underground—a few survived those terrible years that way. The sad thing is that the two women were picked up in 1943 when Berlin was still policeable. In succeeding years, there were too many bombed-out houses and identity cards and papers had become irrelevant. That was not so with Henny’s mother and sister.

Vikram Seth is not likely to have come across the name of Ka Naa Subramaniam and any of his writings in English or English translation. Ka Naa Subramaniam was a 20th century writer who, writing in Tamil, wrote for the whole world. He once observed that if a writer couldn’t tell his story in 200 pages, he wouldn’t be able to do it in 2,000. Somebody asked, "How about War and Peace?" His reply was a request to read the book in its original unabridged form. Tolstoy needed 30 pages to write an epilogue and needed a further 30 pages to write an epilogue to the epilogue.

Among the letters and documents in Henny’s trunk were a copy of the Jewish Bible, a Jewish prayer book and a copy of the
Rubaiyat of Omar Khayyam. In the opening pages of the book, the wet clay would, with all its obliterated tongue, tell the pounding potter, "Gently, brother, gently. Pray."


(Ashokamitran is the pen name of J. Tyagarajan, one of the most distinguished novelists and short story writers in Tamil.)

'You Can Talk Good Ideas Out Of Existence'