Twist In The Plot

Fresh, young and with some mean street cred, the new screenwriters are marking space again in filmdom 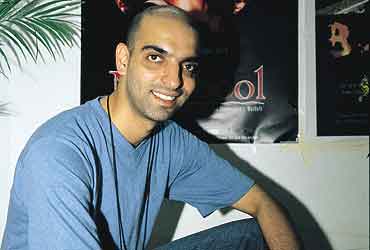 outlookindia.com
-0001-11-30T00:00:00+0553
Shimit Amin lifts his perplexed eyebrows and I see a Woody Allen staring back at me. The halting wisp of a voice only adds to the image. Uncanny, but someone else thought the same too. What's more, he's even turned it into a film script. Sameer Sharma, co-writer of Ram Gopal Verma's Bhoot, has written Happy Ending where Amin, the Ab Tak Chhappan director, plays Woody Allen who encounters a Hindi producer and his mother, both roles played by Satish Kaushik. "It's for fun, to do something bizarre," says Sharma, who's assisted Aditya Chopra in Dilwale Dulhaniya Le Jaayenge, done initial scripting for Ashutosh Gowariker's Swades and the Hindi lines for Rituparno Ghosh's Raincoat.

Jaideep Sahni, who wrote Verma's Company, has similar unusual thought processes. When he is not debating the taste of the new Vanilla Coke, he's talking about the scientists at Sriharikota. "They eat idlis, wear polyester pants and send rockets into the sky," he says, eyes wide in wonderment. He wants to write a film about them. He wants to write another about why young Indian girls want to be Miss Universes rather than scientists. Coming up next is Khosla Ka Ghosla, a "Punjabi-Hindi-English" film about a modern, urban family set in Delhi. He's also writing Shaad Ali's next, Bunty Aur Babli, about the aspirations of small-town youngsters.

Fantastic story ideas are in abundance in Bollywood, or so we're told. "There are so many themes to be explored, all of us are trying to express ourselves in various ways," says Sharma. "The sheer variety of scripts is mind-boggling. You will see the results in two years' time," predicts Sahni. What's evident is that we are going to see more young, cool, hip stories told with attitude and style, and we'll hear unpretentious cutting-edge lines—not heavy-duty dialogues.

Maybe it's to do with the uncommon backgrounds of the upcoming writers. Take Sahni, for instance. His CV sounds too eclectic for a filmwallah—engineer from Bidar, IT consultant with NIIT, five years at Contract Advertising, freelance communications consultant, lyric writer for Shubha Mudgal and Euphoria. He confesses he is the "nerd type", but making a career out of inventory management wasn't sexy enough. "It was virtually like Teri do takiyan di naukri te mera lakhon da saawan jaaye." Even with Jungle and Company behind him, he still finds cinema a difficult nut to crack. "Just when I think I have learnt everything about story-telling, I get stumped. It makes me feel constantly inadequate," he says. The reason why he'll stay on. 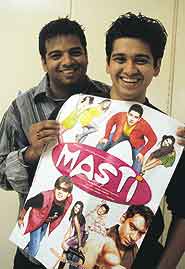 Then there's 24-year-old Milap Zaveri. His family wanted him in their flourishing jewellery business. Unfortunately for them, he fell in love with movies and kept himself busy writing playscripts, waiting to take a bow in Bollywood. Maiden effort Yeh Mohabbatein came a turkey and no one's likely to remember Zaveri's small-screen venture, a Cinevista serial called Kati Patang Hai Life Yaaron. Then, out of the blue came Sanjay Gupta's desi Reservoir Dogs, Kaante, with its colourful cuss-words, pungent black humour and in-your-face gutterspeak rightly offset by some violent shootouts. And everyone just had to take notice. "My biggest problem at 21 was to be taken seriously by the industry," says Zaveri. It did when he delivered another success in the unassuming chatter of three city-slickers in Sujoy Ghosh's breezy Jhankaar Beats. And now, things are looking even brighter. Zaveri, along with Tushar Hiranandani, wrote the script and dialogues for Indra Kumar's Masti which literally brought male locker room talk on to the screen. "We were able to present our heroes as foolish, horny and frustrated," says Hiranandani proudly.That, as anyone in Bollywood will tell you, is quite an achievement!

Newer stories are round the corner for the duo—Gupta's Musafir, Nikhil Advani's new thriller, Samir Karnik's Ash-Vivek starrer Kyon Ho Gaya Na, Sachin Bajaj's Baraat starring Vivek Oberoi and Radhika Rao's Lucky with Salman Khan. But Zaveri's most "amazing responsibility" is writing the dialogues for Pritish Nandy's reprise of Guru Dutt's Sahib Bibi Aur Ghulam to be directed by Deepa Mehta. "I know they'll be waiting to pull me down for massacring the classic. I have decided to retain the basic pillars of the Abrar Alvi film...you can't fool around with that," he says.

On to Abbas Tyrewala, the hottest writer in town with the dialogues of Main Hoon Na and Munnabhai MBBS and the script of Maqbool behind him. An ex- copywriter, he's now busy writing John Mathew Mathan's next film. What he's sure is he'll always write stories about Mumbai. "It's the only city I know. And which city in the world can offer more stories?"

What all of them agree on is that the scriptwriter is slowly back in the limelight. After the exit of the mighty Salim-Javed, it had become a neglected species. "In this industry, we've only paid for what we can touch, feel or see. If an idea is not palpable, we haven't invested in it," says Tyrewala. "Earlier a film poster would display the music director's name, not the writer's. Now we are getting the credit we deserve," says Hiranandani. "People are a lot more receptive, the primacy of the script is being restored," says Tyrewala. Even the money is getting better. "Script is being perceived as a source of value, so there's a demand for writers and they are getting just rewards," says Tyrewala.

Sahni feels lucky to have come in at a time when the industry is understanding the inevitability of change. "It's like what MTNL or IA were before privatisation. Changes may not be obvious on the surface but the industry is responding extremely fast, it's picking up the rules of the game, learning from the mistakes. The first Henry Fords and Rockefellers are here," he declares. But there's also a feeling that increased corporatisation might create formulae of other kinds. Sahni feels the corporates would need to understand that "all Marutis can be the same but all films can't be".

The writers too need to aim for more. Sharma calls the writer a "director's aid". "He must be involved in the entire process of filmmaking." No wonder Zaveri wants to turn director himself. His mood is upbeat: "The industry is trusting our youth and inexperience, is giving us the freedom to do things our way."

For Sahni, story-telling is a democratised process. He insists anyone can write a film and is sure producers will lend an ear. (He wants his cook to do a script!) By the end of our conversation, I too am inspired to write a film. But only if Ram Gopal Verma is willing to listen.