An SHRC report identifies mass graves. Will the state stand up? 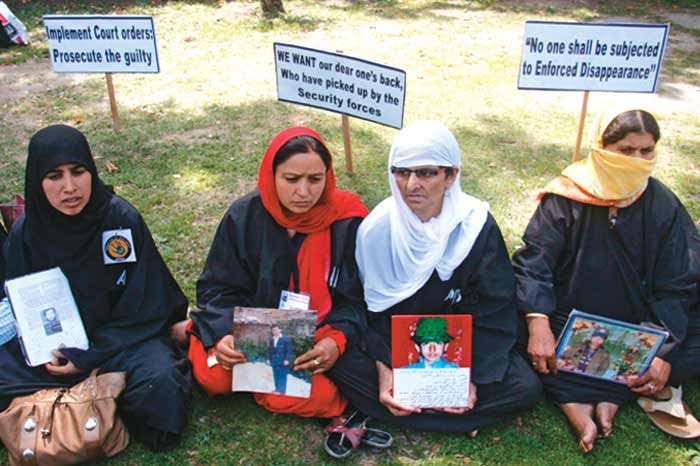 The sensational inquiry report by the State Human Rights Commission (SHRC) in Jammu and Kashmir, the first official acknowledgement of the long-known existence of thousands of unmarked graves in the Valley’s districts, was never meant to become public the way it did. As the acutely embarrassed state government and security forces flounder for a response that does not strain credulity, the report gives hope to the families of around 10,000 people known to have disappeared without a trace during the two-decade-long insurgency in Kashmir.

On July 2, the investigation wing of the SHRC headed by SSP Bashir Ahmed submitted a report on an inquiry into unmarked graves in the three districts of Kupwara, Baramulla and Bandipore in north Kashmir. The team identified 2,730 such graves in 38 graveyards, of which 2,156 contained unidentified bodies. Significantly, the report states, “The local police, while handing over bodies to the villagers for burial, would tell them that these were of unidentified foreign militants, but 574 of them were later identified as those of locals by their next of kin. Around 17 were even shifted to their native graveyards at different points of time.” It further notes, “There is every possibility that these unidentified bodies buried in unmarked graves in north Kashmir may contain dead bodies of enforced disappearances....” 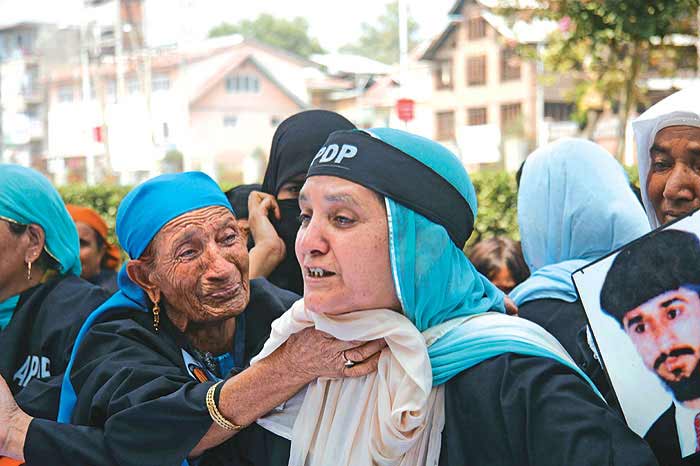 A month later, with the SHRC itself dithering on whether to act on its own report, the Association for Parents of Disappeared Persons (APDP)—whose original report ‘Facts Underground’, done in 2008, had triggered the present inquiry—moved an RTI application to get a copy of the SHRC report. It was finally given to them on August 17 but as soon as it became public, the SHRC was quick to clarify that these are not final findings and were not formally endorsed by the commission. SHRC chairman Justice Syed Bashiruddin told Outlook, “In addition; to this, we also have a report from the office of the IG, Kashmir police, under consideration. The police, the army, the APDP and other parties will be given a hearing on September 16 and only after the commission has fully heard, considered and adjudicated the matter will it make appropriate recommendations and suggest action to the government.”

The investigation team’s report has, in fact, recommended immediate DNA profiling of the unidentified bodies so that the numerous claims of the next of kin of disappeared persons can be verified and relief of Rs 7 lakh given in proven cases. Though the SHRC probe was started in 2008, it is only when Bashir Ahmed took charge in January this year that things began moving. Not many before had the courage to take on what is a controversial and long-festering issue. Says a member of the inquiry team, “Not much effort was being made to investigate this issue earlier, even though it was our job to do it. But the truth is the truth, however inconvenient it may be, and someone had to bring it out.”

Curiously, the SHRC report indicates that the number of unmarked graves is much higher than that documented by the adpd. Khurram Pervez, APDP convenor, told Outlook, “We made a very conservative estimate. After visiting 63 graveyards, we had identified 2,373 unmarked graves...which is close to the figure of 2,156 which the SHRC team has come across from only 38 graveyards.” The APDP, which had earlier been accused of maligning the security agencies with its 2008 report, feels vindicated now. It has appealed to the SHRC to extend its investigation to other districts of Kashmir and Rajouri in the Jammu region.

The police districts, meanwhile, have their own report: it admits to just 464 unidentified bodies buried in unmarked graves, of which nine were found from the Jhelum river. The SHRC report notes that even in these 464 cases, the police have not maintained identification profiles. This has come as a major impediment in comparing with the profiles provided by the kin of disappeared people to identify victims.

“We were threatened, even offered money to keep quiet...but all I want is a confirmation either way.”

Meanwhile, in the homes of the disappeared, there is finally hope that closure is near. Especially for people like Bilqees Manzoor, who’s gone up to the Supreme Court to get a definitive answer on her father Manzoor Ahmed Dar’s disappearance in January 2002. He was picked up one midnight by officials of the 35 Rashtriya Rifles and he never returned. Says Bilqees, “We can never say he is dead because we have not seen his dead body. There was never any case of sedition against him and an inquiry has indicted the RR officers. We were threatened and even offered money to keep quiet, but all I want is a confirmation either way.” For the kith and kin of Kashmir’s missing, finally there’s the possibility of the truth being uncovered. As Zahiruddin, editor of the Urdu daily Al Safa, points out, “Even the wives of those who have disappeared cannot remarry...since there are no death certificates. These women, the ‘half-widows’, have often been thrown out by their in-laws and are on the streets. Even the property of the missing cannot be distributed to their heirs for 90 years in the absence of definitive proof of death.”

Zahiruddin, whose book Did They Vanish Into Thin Air first documented the disappeared people in 1996, says that 15 per cent of these unmarked graves are also bodies of those abducted and killed by militants. He voices the apprehension felt in many quarters that the government would wield the axe on the SHRC for “this embarrassment and try and dilute the final report by replacing those responsible for outing it with more pliable people”.

The separatist camp has responded to the development by demanding a probe by an international agency like the UN War Crimes Tribunal. Hurriyat leader Syed Ali Shah Geelani believes the report has been stage-managed by the government to divert the attention of the international community. Chief minister Omar Abdullah has responded by saying that this is the right time to set up a Truth and Reconciliation Commission to examine the killings by all sides in Kashmir in the last 21 years. It seems the lid has finally lifted on a dark chapter in Kashmir’s history.