Truth By A Roundhead

Acerbic and fearless, Jethmalani holds forth on topics from China to Bofors, throws in some advice for the Dynasty 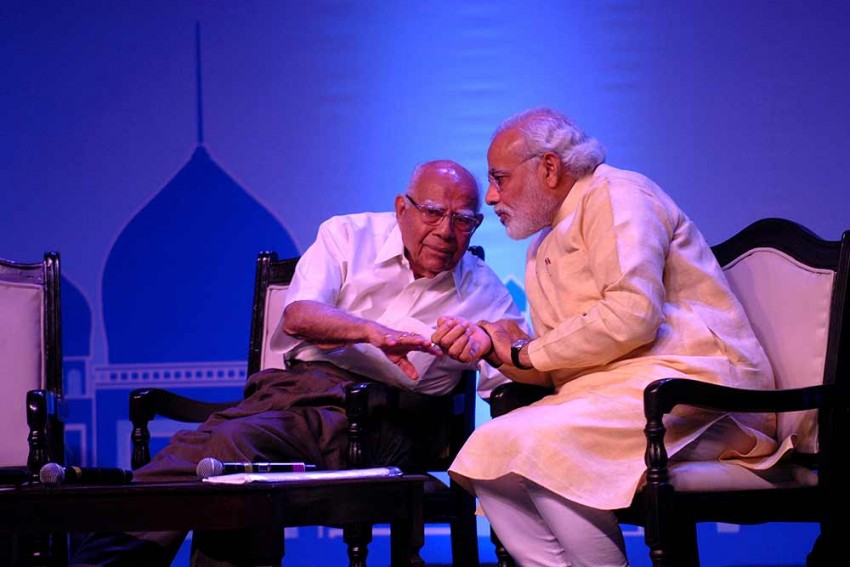 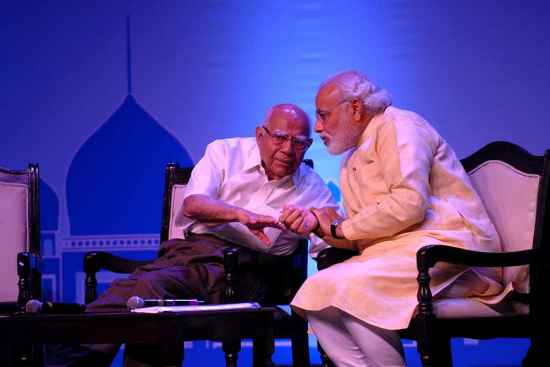 Ram Jethmalani is a man of many parts. During his sojourn on this planet of 90 years, he has distinguished himself in the field of law, in Parliament and in politics. He is a fine after-dinner speaker, esp­ecially after a hearty meal and stimul­ating drinks, and he is professor emeritus at the Symbiosis University, Pune.

Ram Jethmalani is primarily known and admired as a lawyer. In the introduction to Maverick Unchanged, Unrepentant, a compilation of his writings, he says, “my life has been inextricably woven with the law and the courts of justice”. Before Partition, he started pra­ctice at an early age in the Sind High Court. After ’47, he commenced practice in Bombay without a godfather in the pro­­fession. His rise to fame was thanks to his advocacy in the famous criminal trial of commander Nanavati of the Ind­ian navy on a charge of murder. He has been briefed in every important criminal case and woe betide a dishonest witness who has ever had to face cross-examination by Ram. He was brilliant when he suc­c­essfully argued before the Supr­eme Court that Hin­d­utva was not a religion but a way of life with commitment to certain principles and values.

Ram’s political prominence and parliamentary career commenced when he opposed the spurious emergency foisted on the country by the Indira-led Congress government in June 1975. A mala fide order of detention was passed against him, which I had the privilege of successfully contesting in the Bombay High Court. By that time, Ram had left for the US. On his return to India, he participated in the 1977 elections, and won his parliamentary seat. Thus began his chequered parliamentary career.

The book offers a remarkable spread of Ram’s views on different topics, such as relations with Pakistan and China, Islam, religion in the contemporary world and fanaticism. And, characteristically, his opinions are expressed with an air of authority. For example, dealing with the topic of secularism, he says, “having been born and brought up in Sind, the cradle of Sufism, I do not need to be indoctrina­ted or educated by anyone”.

We are reminded of the Bofors scandal and are informed that “during the next 30 days I asked him (Rajiv Gandhi) 300 questions, not one of which was answ­ered by him”. In the chapter Dynastic Democracy, there is trenchant criticism of Sonia Gandhi, whom he describes as an uncrowned empress of India and complains that she psychologically bulldozed her similarly unqualified son into believing that India’s prime ministership is his birthright. Then follows his gratuitous advice to Rahul Gandhi. “Find your life where your heart is, young man. It is not too late. You cannot claim India as your birthright. Forget about ruling this country”. For the family, Ram quotes  Cromwell: “You have sat too long for any good you have been doing lately.... Depart, I say; and let us have done with you. In the name of God, go!”

On the subject of judicial appointments, Ram’s view is that “the present method followed in India is secretive, wholly non-transparent and undemocratic, with gaping holes in its filtering mechanism, which allow incompetent and corrupt judges to pass through”. Thereafter, he rightly adds, “this is not to denigrate every judge appointed to our high courts and Supreme Court. I am aware of distinguished judges of total moral integrity and intellectual competence who have deserved all reverence and have lent lustre to the judicial office”.

As one puts down the book, Jethmalani comes across as a very angry, disillusioned person. Fortunately, the postscript dispels that impression, because Jethmalani ends on an optimistic note. “All political parties have women and men of mettle among them. They should unite and pledge that their first commitment is towards national interest, economic, political and strategic,” he writes.

One may strongly disagree with Jethmalani’s views and opinions. However, one cannot fail to admire his fearlessness in expressing them. Some opinions and statements in the book are undoubtedly extreme and, in some cases, defamatory. But that is inevitable, if one knows Ram Jethmalani, as I have since 1955—a fearless maverick. So go onward maverick, unchanged and unrepentant, except in cases where subsequent events have disproved the allegations on which your views were based. Also, please do show more tolerance towards your opponent’s views and try impart some sobriety to your harsh judgments. One may fiercely attack Jethmalani’s views, but speaking for myself, our public and political life would be very dull without Ram Jethmalani.