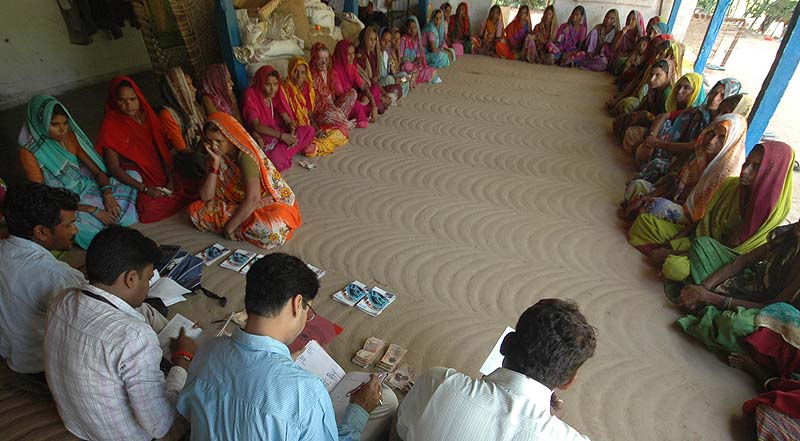 Is it a brand new day for India’s microfinance industry? One of the big poster boys for the sector, SKS Microfinance, seems to have turned the corner and emerged out of the red after two long years. Eight quarters ago, the company had posted losses of Rs 300 crore and co-founder Vikram Akula had controversially migrated to other pastures; recently it made a small profit of Rs 2.7 crore.

This is some good news after the tales of suicides, overlending and harassment of borrowers that have plagued the sector for several years. It  had led Andhra Pradesh to pass legislation in October 2010, which either put many of the microfinance institutions (MFIs) in a comatose stage or forced others, like SKS, to go in for corporate debt restructuring. Neither SKS nor Akula were available for comment on Outlook’s queries.

“The impact of the AP legislation was pan-Indian,” says Alok Prasad, CEO, Micro Finance Institutions Network or MFIN. “But the industry has bounced back after two years, boosted by government policies and the regulatory framework by the RBI.” Doubts over their high interest rates had led to the RBI tightening rules and putting a 26 per cent cap on loan interest rates by NBFCS/MFIs receiving priority sector funding from banks. The high inflow of equity investors looking at lucrative returns from MFIs also whittled down.

Almost two years later, bank loans are available again, helping MFIs scale up operations. Equity funds have been flowing in as well, though mostly from multilateral agencies. “SKS’s return to the black is reflective of the slow but definitive turn the industry is taking,” explains Mathew Titus, executive director, Sa-Dhan, an umbrella organisation of 241 NGOs and NBFC MFIs. More importantly, unlike the pre-2010 era, the pressure on high returns from equity investors has eased.

While Parliament is yet to pass the proposed microfinance regulatory bill, the industry has itself adopted some initiatives, such as training and providing customers with access to a complaint cell in case of any harassment. Further, both MFIN and Sa-Dhan have worked out a common code of conduct that includes providing credit details of customers to two of the credit bureaus. This helps ensure that not more than two MFIs lend to the same borrower and loan repayments can be tracked. Today, the credit bureaus hold records of over 70 million borrowers.

From the peak of 70 per cent compounded growth in loan portfolio from 2005-10, the MFI industry had slid into no-growth terrain in 2010-11. Its fortunes recovered last year, when it recorded around 22 per cent growth. This year, the industry hopes for 40 per cent growth outside AP. “This growth is not about one or two companies but is very broad-based,” stresses Prasad.

On the other hand, every single MFI operating in AP is either in the red or in a moribund state or has moved out. This has left the poor at the mercy of moneylenders. “Post the 2010 crisis, the clients have really lost out in AP and the agents used by many MFIs have bec­ome informal moneylenders, lending money at huge rates of interest,” says Ramesh Arunachalam, an independent resear­cher and author of the Journey of Indian Microfinance: Lessons for the Future.

Reports from the ground also indicate that the tendency to overlend remains in places and in effect the cycle of indebtedness stays unbroken. If anything, borrowers are alleged to be par­king funds in dubious chits. The pending legislation, hopefully, will prevent another scam in the making.