Politicians let down Karnataka, Andhra and Tamil Nadu. Kerala is a victim of its own social pathologies. 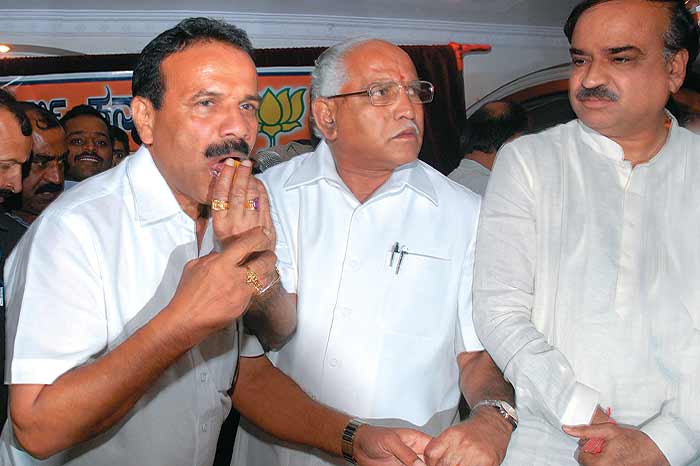 There has been many a stereotype in the media on what distinguishes the southern states from the rest of India. For decades after Independence, they were loosely defined on racial, ethnic and linguistic lines. Only recently have the dissimilarities between the regions been accentuated through the idiom of development. The south has been seen as progressive, modern, with high literacy rates and positive social indices; in fact, as an understated success. The emergence of Bangalore and Hyderabad as IT and new enterprise hubs has also contributed to the way the southern states are perceived now.

Despite all this, in the last couple of years, the image of the four southern states seems to have taken a serious beating—especially in this season of national ignominy and scams, when every major revelation seems to have some southern connection. It may be an exaggeration to say the four big states are on the decline, but certainly, after years of upward surge, the graph seems to have hit a plateau.

Sample this data from the CII-commissioned McKinsey report of March 2011. In 2005-10, when the national GDP grew at 8.7 per cent, the combined growth rate of the four southern states was 7.85 per cent. Karnataka led with 8.7 per cent. Kerala was 8.1 per cent, and Andhra Pradesh and Tamil Nadu were 7.4 per cent each. North Indian states like Bihar and Uttarakhand, long dubbed ‘bimaru’, had overtaken the southern states. In the last three years the two states grew at 16 per cent and 14 per cent respectively. Other states ahead of the south are Gujarat (11.3 per cent) and Haryana (11 per cent).

Not only has there been some levelling in terms of economy, but also in terms of political culture in the southern states. The recent revolt of B.S. Yediyurappa and his nonchalant attitude to corruption, casteism and nepotism stand out. This is being compared in the local press to the ‘UP-Bihar phenomenon’, itself a stereotype. Earlier too, chief ministers S. Nijalingappa, Devaraj Urs and Veerendra Patil had challenged their party high command, but it was on a matter of principle. This time around, Yediyurappa was perceived as “blackmailing” the BJP high command to retain power, flaunting his “ill-earned money” and dominant Lingayat community affiliation.

The circus, which went on for a week, saw Yediyurappa backing D.V. Sadananda Gowda, a Vokkaliga, to succeed him and ensuring his victory against Jagdish Shettar, who was the BJP’s official nominee. Shettar, a fellow Lingayat, is also said to have had L.K. Advani’s backing. This implies that his defeat has acquired larger connotations within the party. bsy not only defied the party’s deadline to resign on July 28, but even on the day he resigned (July 31), at the very last minute, he insisted his resignation would only follow the declaration of his nominee as the next chief minister. However, when that didn’t happen, he successfully set up a contest and defeated Shettar by seven votes on August 3. As expected, the 55 legislators who stood by Shettar are threatening not to cooperate with the new chief minister.

Yediyurappa may have won a tactical victory for himself, but the party has lost. It would indeed be a tough task for the new chief minister to escape the shadow and debt of Yediyurappa. With many corruption cases coming up against Yediyurappa, the new chief minister will have a tough balancing act to do. Gowda is an MP from Udupi-Chikmagalur and is dependent on Yediyurappa for his election to the assembly within six months. But, Yediyurappa’s statement that he will return to the gaddi in six months has only created more uncertainty.

If one has watched Yediyurappa closely from 2008, all this would not come as a surprise. He began his tenure by poaching Opposition MLAs and then spending monumental sums at the bypolls to get them elected. In fact, the 2008 victory of the BJP in Karnataka was itself attributed to a lavish spending of illegal mining money from Bellary.

Yediyurappa, besides indulging in corruption, also brazenly mainstreamed superstition, as well as pontiffs and caste seminaries. For a state that had always maintained a socialist leaning, this came as a huge shock. Even in his budget for 2010-11, he continued with his practice of extending state patronage to various caste and quasi-religious organisations.

Rajeev Chandrashekar, an entrepreneur and Rajya Sabha MP, says: “Some of the best administrators have emerged from the south and the earliest examples of political leadership excelling in governance and reforms were also from the south. E.M.S. Namboodiripad, Devaraj Urs, S. Nijalingappa, Veerendra Patil and other leaders were and are shining examples of public service and politics mingling seamlessly. Somehow and somewhere in the mists of recent history, politics and governance in these four states has morphed into a form far removed from what our founding fathers envisioned and what conventional wisdom wouldn’t associate with the south.” 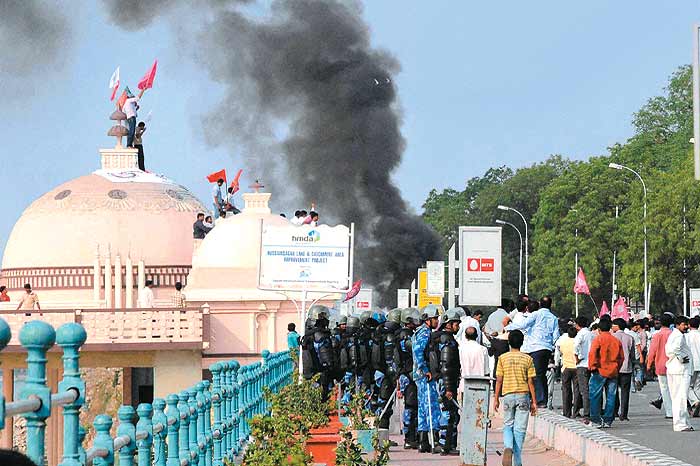 The story in Tamil Nadu, where the DMK has been the very epicentre of controversy, is not different. When the AIADMK won by a landslide in May, former IAS officer M.G. Devasahayam said: “Tamils have redeemed their honour and contradicted the feeling that they were a purchasable commodity.” The state’s reputation for cash-for-votes had the Election Commission keeping close watch and seizing almost `50 crore in cash during the May assembly elections. Interestingly, Transparency International has ranked Tamil Nadu the second most corrupt state in India.

Development has always been high on the agenda in Tamil Nadu. But the flip side is that “development has given more scope for corruption,” says political analyst Gnani. Also, the state faces a major power crisis. It produces 7,000 MW but needs 12,000 MW. Freebies have bankrupted the state. The Supreme Court is hearing a plea questioning the distribution of free colour TVs by the DMK regime. J. Jayalalitha, the present chief minister, has promised free mixies, grinders and laptops.

Social anthropologist A.R. Vasavi says, “Instead of consolidating the gains of social mobilisation and development of the previous decades, the south is now manifesting a complex constellation of trends. These include populist politics, in which mass welfare is not instituted through formal mechanisms but sought to be distributed as personal or party largesse. Market fundamentalism has meant a close alliance of industry and state. The new, unimagined and largely unaccounted capital outflow has become the bases for electoral gains.”

If corruption has plagued Karnataka and Tamil Nadu, political instability in the last couple of years has paralysed Andhra Pradesh. Plus, Karnataka’s mining-related corruption has seen reverberations in Andhra too. Academic and writer Dr Venu Madhav Govindu says, “While Karnataka and Andhra Pradesh share a contiguous region marked by linguistic and cultural affinity, today the politics of the two states is unfortunately conjoined by the geological continuity of mineral wealth running under and across the state border.” 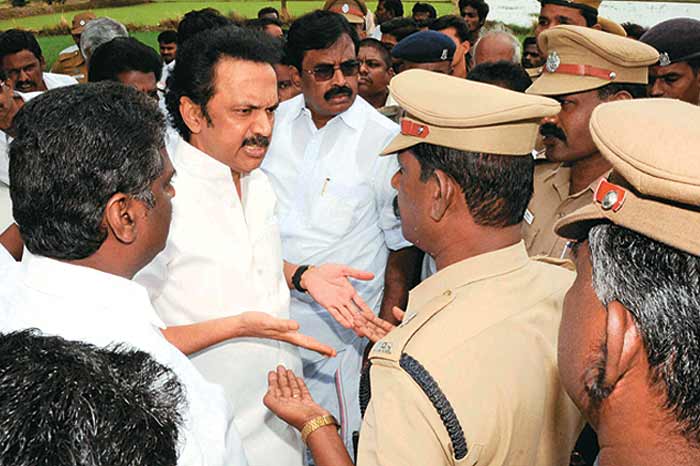 However, it is the ongoing agitation for a separate state of Telangana that has grabbed the headlines. In the latest round of protests, around 100 MLAs and 15 MPs have put in their papers. The government is virtually in a limbo. Thirteen ministers from Telangana who have resigned do not enter the secretariat. The Centre’s promise in December 2009 to carve a separate state has permanently altered the socio-political dynamics of Andhra Pradesh. The commercially well-to-do state capital of Hyderabad has become a bone of contention. There is a flight of capital to other states. Political scientist Jyotirmaya Sharma says, “In the formation of a state, nobody should be afraid of living anywhere. Politicians should not make citizens feel insecure. I’m neither Andhra, nor Rayalaseema nor Telangana. I’m a Hyderabadi.”

A common thread that binds the southern states is large-scale corruption. This is partly because of the changed political economy. Andhra Pradesh is witnessing the CBI probe the disproportionate assets of Y.S. Jaganmohan Reddy, the Kadapa MP and son of late chief minister Y.S Rajasekhara Reddy. Dr Govindu says, “While we rightly berate politicians for their mendacity, we must recognise that it is the nature of the newly formed urban economy of south India that makes it possible for them to indulge in corruption.”

Does this mean the south is a victim of its own development?

By Sugata Srinivasaraju in Bangalore, Madhavi Tata in Hyderabad, Pushpa Iyengar in Chennai