Walmart acquiring a 77% stake in Flipkart spells a new season in Indian e-commerce. Amazon gets a heads-up. 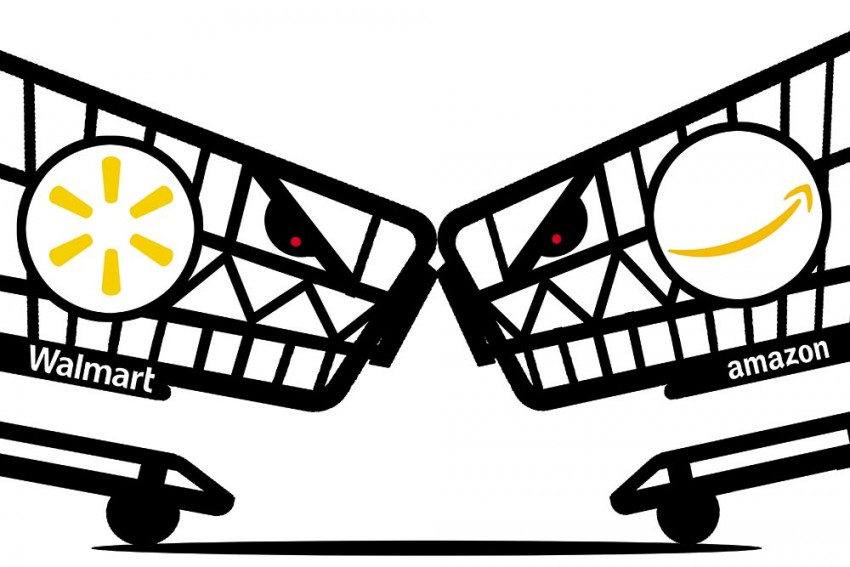 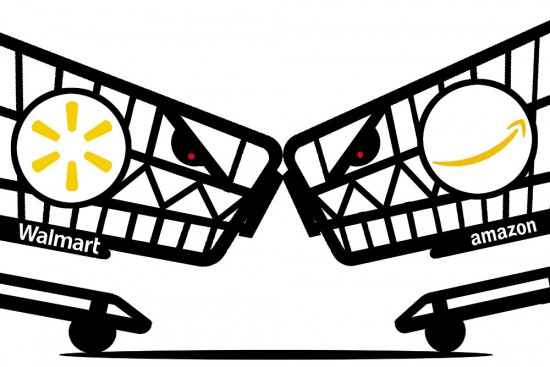 Fallouts Of The Big Move

The battle lines have been clea­rly drawn in the Indian e-commerce sector. With Walmart acq­uiring 77 per cent stake in the country’s largest homegrown e-commerce company Flipkart for $16 billion, the stage has been set for a clash between the two American retail giants on Indian soil.

The fight so far in India had been between Bangalore-headquartered Flip­kart and US giant Amazon, which, in a short span of a few years, has carved out a sizeable share of the Indian market for itself. The focus now shifts to the Bentonville-headquartered company to take over the fight with Amazon.

The 2007-founded Flipkart had been owned by a number of venture capital and investment firms that include US-based Tiger Global, South Africa’s Nasper, Japan’s Softbank and Russian investor Yuri Milner. Some of them had exited the firm over time. Now, Walmart, with a 77 per cent stake, will be the largest shareholder in Flipkart and vest all control in the company.

Walmart has indicated continuity in the e-tailer, but it is a matter of time before the MNC starts bringing in its own globally successful and proven systems to the Indian investment. This is Walmart’s largest investment for an online entity. The deal values Flipkart at around $22 billion. But experts expect to see continuity in Flipkart in the short run. Says Adrian Lee, research director with Gartner, “Expect the status quo to remain within the year after the Flipkart-Walmart deal is completed. This is an extension of Walmart’s global expansion strategy.” Arvind Singhal, chairman of retail consultancy Technopak, agrees. “In the short term, nothing changes, as one class of investors is being taken over by another. Walmart cannot change things drastically till India’s policy on retail changes,” he says. “Flipkart will run like Flipkart. Only that the operations will become more efficient. If anything, some of Walmart’s private labels may come into India.”

There are also several debates about whether Walmart paid far too much for Flipkart. K. Vaitheeswaran, pioneer of Indian e-commerce and founder of IndiaPlaza, calls it a “significant overspend” by Walmart, saying Flipkart is not worth $22 billion. “It is overvalued by at least 2-2.5 times. Anything more than $10 billion did not make sense,” he shrugs. “Walmart could set up a business like Flipkart in $6-7 billion and build the scale in 24 months as Walmart is not an unknown name. There is no competitive advantage and there is no time issue, so why such a high price?” Apart from its $16 billion investment, Walmart has an option to invest another $3 billion in Flipkart at the same valuation within a year of completing the acquisition of the 77 per cent stake in the company.

But many things will definitely change. That includes strategic thinking and decision-making. “Now with Walmart in the driver’s seat, the culture will change with the power centre shifting to Bentonville,” says Ankit Bansal, founder and CEO, Sapphire Human Solutions. “Decision-mak­ing will be faster with one majority investor, especi­ally, strategic decisions. Flipkart will definitely benefit from Walmart’s ability to effectively use the supply chain and bring pricing down.” With the Indian market being extremely price-sensitive, that would be a key factor. 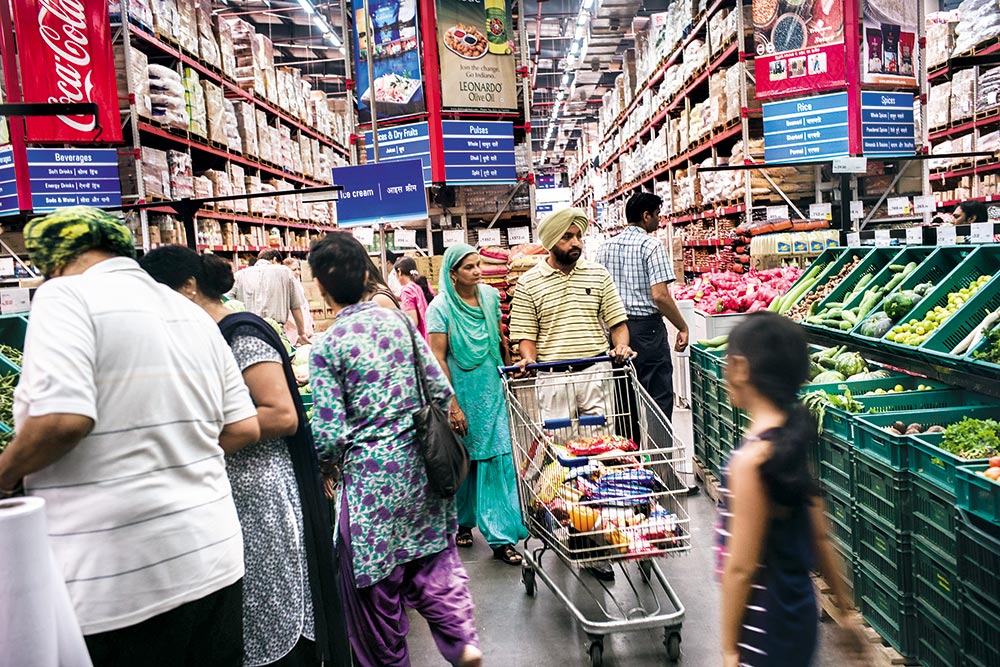 The biggest change probably would be that in the approach of the company. Till now, Flipkart has been putting in money and attracting customers to show a high gross merchandise value (GMV) that helped the company get more funds and investments. With the funds issue being solved now with the deep-pocket Walmart holding the reins, the focus will shift to profitability. It has to be seen if Walmart will continue to burn cash the Flipkart way or look at unit economics and profitability.

So what happens to the competition in India? How will the smaller companies in the country fare? Experts across the board note that there was never an Indian company to reckon with. For, all the “Indian” firms had overseas investors with Indian promoters having low double-digit or even single-digit stakes. But of course, the competition will intensify and that would leave the smaller companies in a bind with the big two or possibly three global giants fighting to get a lion’s share of the Indian market.

“The other Indian pla­yers will have to build a strong niche to survive or be taken over by the larger players,” says Vidya Shankar, executive director, Grant Thornton India LLP. “We are looking at a scenario of three big players holding a dominating 75-80 per cent of the market with a long tail.” With Softbank willing to put more money in India, there could soon be a third dominant player through Softbank-Paytm. And then there is also Alibaba. Some experts also feel that a strong Indian challenge may come from Reliance, which is preparing a serious entry into online retail—and that may happen very soon.

So where does this leave Indian consu­mers? Will they be actually gaining out of this deal or will things get only tighter? In all probability, the deep discounting practice followed by Indian e-commerce players, will continue. “For Indian customers it is perennial Diwali for the next 2-3 years,” says Vaitheeswaran. “With Walmart putting in so much money, they have to get some traction and that can happen only through more discounts. Walmart will definitely have to give much more discounts to pull customers. If Flipkart and Amazon had their Big Billion Day sales earlier, now it will happen through the year.”

Lee says that consumers should not expect significant changes in their shopping experience. “However, user choice should improve, with a greater range of Walmart private labels differentiating the merchandise. Flipkart will diversify its inventory to attract more Indian consumer segments that still haven’t started shopping online,” he notes. “For now, as e-commerce penetration in India remains low, I expect discounts/promotions to continue unabated. As the e-commerce players mature into more profitable businesses, it is very unlikely that discounts will stop. More of the promotional support will be passed back to the suppliers who want the user traffic.” 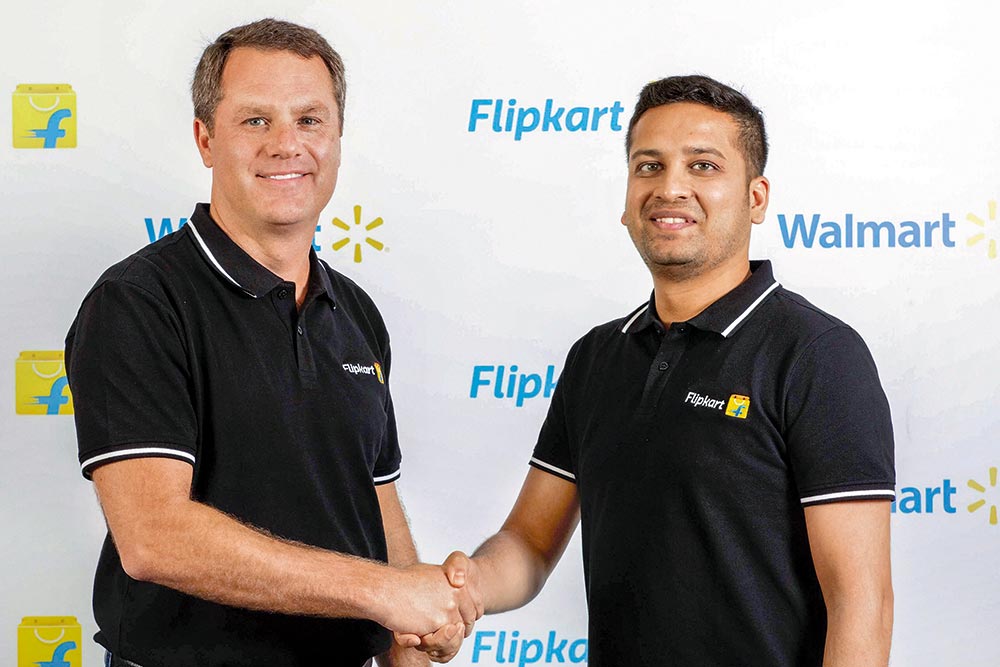 The deal by Walmart CEO Doug McMillon and Binny Bansal for the sale of a 77% stake in Flipkart marks this year’s biggest acquisition in India.

But the consumer will still gain because over a period of time choices online will increase, leading to a surge in the frequency of purchases. Plus, with Walmart giving a lot of focus on online grocery retail, a whole new class of online buyers may eventually emerge.

The competition will now be interesting. Walmart, having put in $16 billion, will ensure that Flipkart competes effectively. All the same, Amazon will not easily let go of its leadership position. With Chinese retailer Alibaba set to come in, the competition will only intensify. This will give Indian consumers better choices and prices. Says Singhal: “The real play will start in the next 5-7 years when the size of e-commerce merchandise increases from $15 billion to $75 billion. We will have three dominant overseas players with Reliance as the sole Indian force.”

Also, Amazon has shown in the last two years that it has an edge over Flipkart. It is certain that despite having already invested a lot of money in India, Amazon will bring in more money here and focus on its winning formula of selection, pricing and convenience. If they do these three things right, Amazon’s edge over others, especially Flipkart, will increase.

Of course, the deal proves one thing conclusively. That the Indian start-up story is alive and has a lot of promise. “It’s a great thing for the startup ecosystem in India,” says Bansal. “After the boom and meltdown, everyone was doubting the future of startups and e-commerce in the country. Now this re-establishes the India story.”

With its massive user base, India looms as an attractive market for retailers. It is currently estimated that 15 per cent (200 million) Indian consumers will be shopping online by end of 2018, and the relatively untapped growth potential is attracting the commerce giants. Homegrown companies stand to benefit in the long run. As consumers are more attuned and comfortable to shopping online with e-commerce marketplaces, vertical specialists (largest categories being fashion and electronics) will benefit. High-value, consumers, who are more discerning and want differentiated choices and unique offers, will seek out specialists to fulfil this need.

Smaller players will constantly face the problem of scaling up their operations. This does not mean they will be forced to exit. The smaller players in many cases are more agile and open to new business models. They will need to concentrate on specialisation within their domains to build up a valuable cache of users seeking differentiated retail experiences.

The coming months will be interesting. Although Walmart has fought with Amazon in the US in the last 10 years, it has not been able to beat the Seattle-based firm that remains the world’s largest internet retailer. But in India, Flipkart has an edge, especially in electronics and mobile phones. With the Walmart force behind it, will the new Flipkart steal the show? It depends on Amazon’s next move, which has to come soon.