Treadle Press, Good For All 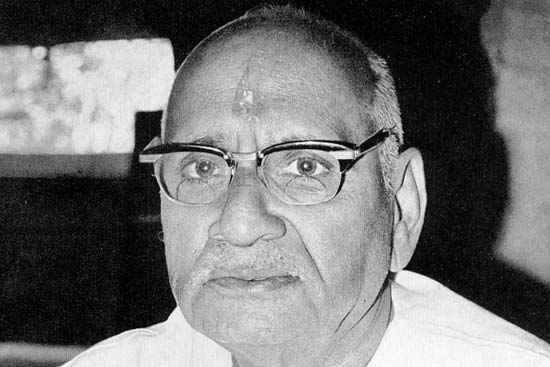 Literature on South Asian print culture is a burgeoning field with scholars starting to exa­­mine the impact print has had on Indian publics. This dearth of research, however, has in no way derailed Akshaya Mukul’s ambitious project to delve into the pages of Gita Press publications and excavate the role that it pla­yed in creating a modern Hindu India. Bui­lding on the scant past scholarship dedicated to what is, ostensibly, Hindi’s most prolific printing press and religious journal, Mukul’s Gita Press and the Making of Hindu India is an extensive account of this literary behemoth and its founders. Relying on considerable research from multiple archives and the previou­sly unstudied  Poddar Papers, Mukul’s history of the Gita Press, its indefatigable editor Hanuman Prasad Poddar, and their undeniable influence in the development of Hindu politics could not have come at a more apt time.

The abbreviated story that many of us know is that Gita Press was established in 1923 by Jaydayal Goyandka, a Marwari businessman, and conceived as an attempt to distribute free low-cost Hindi editions of religious texts to nearby villages. Soon after the press was inaugura­ted, Goyandka convinced Hanuman Pra­sad Poddar to become editor of a religious magazine to be named Kalyan. Under the guidance of Poddar, it wasn’t long before Gita Press had achieved an unprecedented success in the Hindi literary world. Kalyan was reaching tens of thousands, and Gorakhpur (the home of Gita Press) had been transformed into a literary metropolis. Nearly a hundred years after the formation of this historic institution—and possibly at the end of its literary tenure, if current strikes are any indication—scholars knew little more about it, until Mukul took up his investigation into the Gita Press.

Dividing his book into six chapters, with topics ranging from the biographies of the Gita Press’s founders to Kalyan’s contributors, Mukul leaves few leaves of this periodical and its history unturned. The main theme of this book—as the title suggests—examines the political ideologies that intrinsically went hand in hand with the sanatan dharma movement which permeates the core of Kalyan’s pages. Ranging from Kalyan’s (or Poddar’s) beliefs concerning the education of women in the ‘Hindu rashtra’, to the ideology on the preservation of the varna system, to Poddar’s involvement in the goraksha movement, Mukul highlights how the magazine’s various teachings influenced the Hindu public sphere.

Mukul’s book uncovers an enormous trove of interesting historical facts relating to the Gita Press. At times, however, editorial decisions that could have rem­oved less relevant material concerning the Gita Press seem to have been eschewed totally. While this is certainly a boon for scholars of print history and other academics who are forever greedy to get their hands on such a vast compendium of data, it can deter the general reader from fully engaging with this groundbreaking text. Chapter three, ‘Contributors: Local, National, Transnational’, is particularly dense and reads as a who’s who of literary scholars and politicians. Unfortunately, this causes it to come across less like a chapter in a book than one in a dissertation.

Akshaya Mukul truly comes into his own in the last three chapters: ‘Foot Soldier of the Sangh Parivar’, ‘Religion as Politics, Politics of Religion’, and ‘The Moral Universe of Gita Press’. It is obvious that these are the chapters where the meat of Mukul’s argument lies and what he feels most confident writing about. They are also the chapters where the reader realises, given the present political climate, that the more things change, the more they have remained the same. The social and religious issues highligh­ted in these chapters do not come across as obsolete concerns of a forming or newly formed nation, because all of them are as alive today. Kalyan’s stance on Hindu-Muslim tensions, reconversion, cow protection, caste and women’s rights reverberate throughout India today. They are the news items that glare at us through our television sets and that are on the front pages of our newspapers—take the Muzaffarnagar riots, the ghar wapasi movement, love jehad, the ban beef movement, attacks against Dalits and Christians, and the Nirbhaya incid­ent. Mukul’s book is not just a necessary text for the scholarship of print culture in India, but is also a necessary remin­der that much of India’s past, instead of being consigned to history, is also its present.

(The author is a Columbia University scholar. Her dissertation research is on religion and rise of print culture in Gorakhpur.)