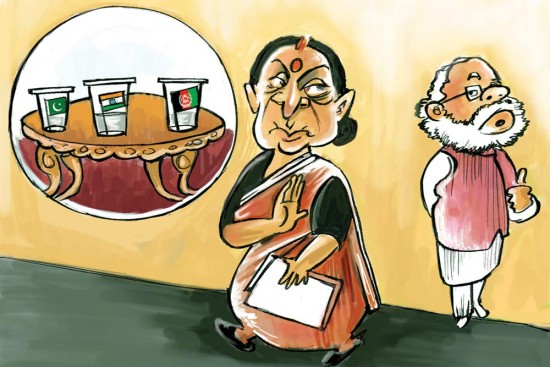 “You are going to have to watch and study the mosques because a lot of talk is going on at the mosques.”

US republican Prez candidate Donald Trump
after the Paris attacks

BCCI didn’t want to go to Abu Dhabi. PCB didn’t want to come here. So Sri Lanka has emerged as the potential battleground for the Indo-Pak cricket teams to battle it out. The buzz is, England is also a possible future venue.

Pakistan
Picking Up The Strands Once More

Having started off his prime ministerial tenure by reaching out to Pakistan, Narendra Modi has been quite disappointed by the way relations between the two countries...