Iran Shah Atash Behram Temple: Sacred to the Parsis, it has wrought miracles for others too 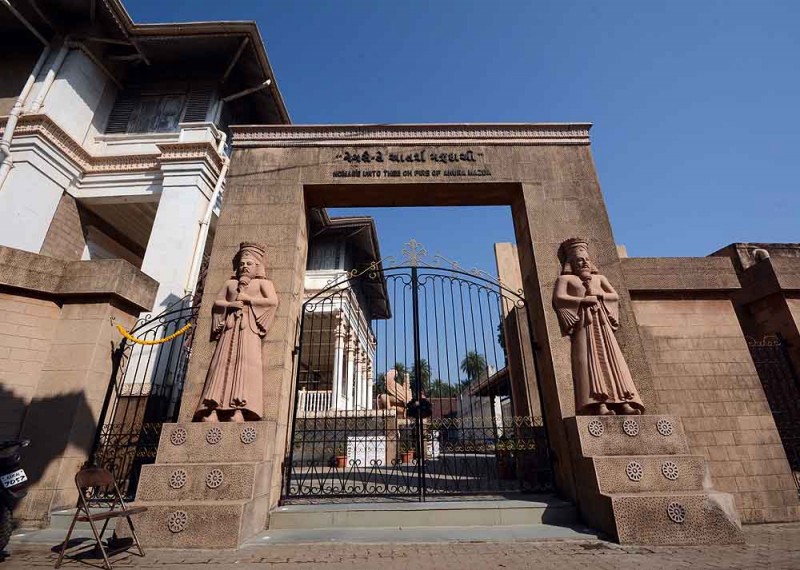 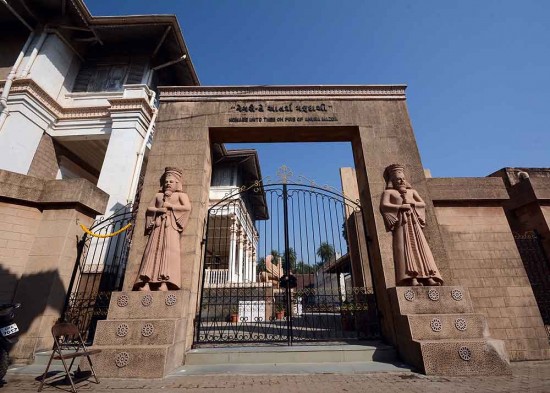 As one breaks away from the din of the heavy traffic on NH-8, slithering from Ahmedabad to Mumbai, at a fork just short of the industrial town of Vapi, the silence hits hard. Eight kilometres down the verdant countryside, the sprawl of  Udvada begins to show, the overgrown village displaying its pretensions to township. The seashore, one senses, isn’t far. It’s another eight kilometres before one reaches Udvada village proper, where in a whisper-quiet, spotlessly clean precinct of whitewashed, old-fashioned cottages stands the Iran Shah Atash Behram agiary, or fire temple, the most sacred shrine of the Parsi community and its Zoroastrian faith.

History has it that a group of Zoroastrians who fled Iran after the Arab invasion in the mid-seventh century encountered a storm near the Gujarat coast. Praying for deliverance, they vowed to consecrate an Atash Behram (victorious fire) if they safely made it ashore. They did, and decided to settle down in India. Within five years of their arrival, the first Atash Behram in India, which has come to be known as Iran Shah, was consecrated in Sanjan, 30 km away from Udvada. For various reasons, the sacred fire had to be moved, and ultimately, on October 28, 1742, it was consecrated in Udvada, a small fishing village the king of Mandvi had gifted to the dasturs or priests at the fire temple. It remains in Udvada to this day, one of nine Atash Behrams in the world. Parsis believe that fire is a living, breathing embodiment of the supreme divinity. Agiaries are places of quietude, where only those who are born into the faith are admitted; cellphones and cameras are not allowed. In fact, in the very area around the temple, the slightest rise in speaking volume invites frowns.

While the Parsi community does not as such have a tradition of praying for particular wishes to be granted, there are indeed those who visit fire temples in thanksgiving when they get their heart’s desire or when obstacles vanish. Even then, there is no boisterous celebration; only quiet prayer. No wonder Udvada is a picture of tranquility, as opposed to the wish towns of other religions.

“We are a low-profile community, and those of us who have stayed back here in Udvada have by and large shunned material pursuits. This sense of quietude is also visible in our prayer rituals,” says Phiroze J. Dastur, who lives in a house right across the temple. “Some 25 years ago, there were about 800 Parsis in this place; now we are down to less than a hundred.” Dastur spent his early childhood in Udvada before moving to Bombay for further studies and employment. He headed a prominent newspaper group there, and after retirement, returned to live in this village.

His sister Vira Sidhwa runs a small shop from her house nearby, selling san­dalwood, sukhad and babool for the fire temple rituals. This is where Parsis from across the world come to buy offerings during their visits to the Iran Shah fire temple. “I only run a distribution centre, for all the items required for the rituals are managed by the temple authorities,” she says. She too points out that it is not in character with the Zoroastrian faith to seek wishes in prayers or to celebrate when they are granted: another prayer visit, that’s about all for a Parsi who finds his or her wish come true. 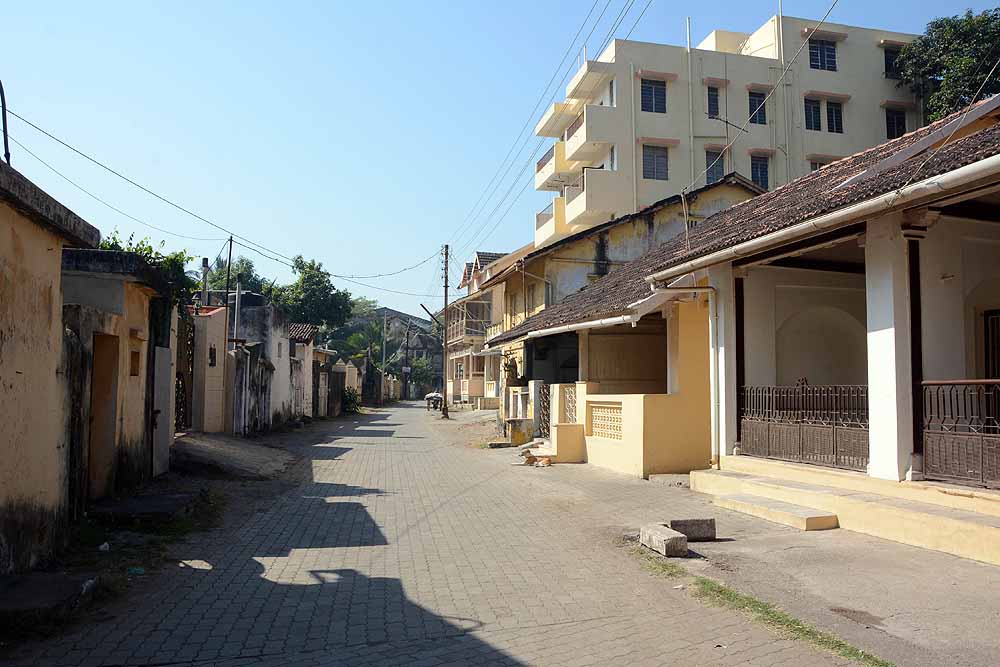 Harish Shirke, who was badly injured in an accident, says his daily obeisance from the street outside saved him.

Parsis in Udvada are not too eager to speak on behalf of the community or the faith; very politely, they request that the queries be directed to the office-bearers of the Parsi panchayat or the Parsi Udvada Anjuman. So one has to turn to Faramroz Sidhwa, who has been secretary of the Anjuman for 24 years. He says, “There are some prayer rituals through which our community members seek to display their gratitude to God when wishes are fulfilled—jasan, sukhe loban, African farok­shi, afreen, fareesta, nachhi, atash nigaah and so on. What better way to express gratitude than through prayer alone.”

“Iran Shah is to Parsis what Mecca is to Muslims,” says Sukhdev Mangera, 63, a President’s medal-winning fire officer who grew up in Udvada and has returned to live here after retiring from the Ahmedabad fire brigade. “Parsis from all over the world come here to pray, and some of them, like in other communities, pray for something. But unlike us Hindus, they are not overtly demonstrative, even when these wishes are fulfilled,” he adds. A large number of cars arriving in Udvada bear Maharashtra number plates, Mang­era points out. “Mumbai has perhaps the largest concentration of Parsis, and they frequently come to visit the Iran Shah fire temple, either for prayer in the routine course, or for special occasions.”

Though admission to the Iran Shah fire temple is restricted to Parsis, that hasn’t stopped some non-Parsis from partaking of the blessings of belief in the shrine and its powers. “I’m a living testament to it, you don’t have to go far,” says Harish Shirke, 69, the librarian at the Dastur Kayoji Mirza Memorial Hall and Library, Udvada. Fifteen years ago, he says, he and his wife were on a scooter when they were knocked down by a truck. His head literally opened up, and his wife, who escaped unhurt, wrapped a piece of cloth on his head and somehow brought him to a hospital. And so began a long and anguishing time of doctors, surgeries, trips to hospitals in Bombay and Surat. Finally, the doctors gave up and said there was no hope of Shirke recovering fully. Back in Udvada, his wife would take him out for painful walks, and every day, passing by the fire temple, she would make him bow his head as she prayed for his recovery. “Here I stand today before you, minding this library, walking, talking and cycling. My life is proof of the miraculous powers of the fire temple,” he says. He is in full payback mode: grateful for the gift of his life, he spends the entire day managing two libraries of the Parsi trusts, all for a token remuneration. “It is a labour of love for me,” he says. In his time as a librarian, he has absorbed the history of Udvada, its history, its heritage, its Parsis and shares it with visitors.

Shirke says he’s not the only one to have been blessed with a miracle from the Iran Shah shrine. “Take the case of Karamsi Kachcha. A decade and a half ago, he was just a mason working on `150 a day. He would occasionally be called to carry out repairs  by the temple authorities. Today he is one of the well-known builders of the region. It was he  who carried out extensive renovation work of the temple. This multi-storeyed flat complex coming up next to my library is being built by him,” says Shirke, who believes that mere association with the temple is responsible for Kachcha’s change in fortunes.

In this bustling anarchy that is India, where expression of faith is generally loud and passionate, there is place too—in Udvada, for instance—for a quiet moving of mountains.