"It is like this," Sangma explained. "Your passion for Christie could be misunderstood. For instance, at a cabinet meet, you are seated next to Mamata didi... 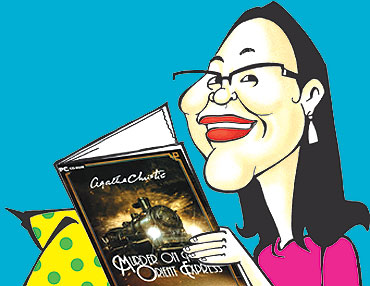 outlookindia.com
-0001-11-30T00:00:00+0553
Once the Manmohan government was sworn in, an elated P.A. Sangma, former Lok Sabha speaker and NCP leader from Meghalaya, took aside his 28-year-old daughter Agatha, the new minister of state for rural development. She hugged him and whispered, "We did it, Dad, We did it. Now I have to move to Delhi. You know how crazy I am about Agatha Christie. Can you arrange to bring my Agatha Christie collection to Delhi?"

Sangma shook his head. "That may not be possible, Agatha. In this city, you will be among new people with different interests." "So what?" pouted the young minister. "Why can’t I continue to read my favourite author in Delhi?"

"It is like this," Sangma explained. "Your passion for Christie could be misunderstood. For instance, at a cabinet meet, you are seated next to Mamata didi and you are carrying Christie’s Murder in the Orient Express and Mystery of the Blue Train. Didi is quite unpredictable, she may feel you are insulting her ministry. New Delhi politics is full of real and imaginary insults."

"But Dad, this is ridiculous."

"I know more about Delhi than you do," retorted Sangma. "You carry your copy of Death in the Air before civil aviation minister Praful Patel. He is our party colleague, but he will not like anyone flaunting such a book and may even raise the issue with Sharad Pawar. Affects the morale of the civil aviation minister. And if I were you, I would not take along Ten Little Niggers if you were to be seated near ministers from the South, particularly Tamil Nadu."

"All this is more weird than Christie’s plots," muttered the new minister. "You have to live and learn in this city," he said. "You’ll have to mingle with hundreds of strange people. Don’t think if some of them have egg-shaped heads and sport big moustaches they are Hercule Poirots and you can confide in them. The same goes for Delhi women, particularly in winter. Many of them may be elderly, with twinkling eyes and knitting all the time. That would not make them Miss Marples."

"Illusion and reality," muttered Agatha Sangma. "Now comes something more personal," said Sangma lowering his voice and handing his daughter two packets. "These are special joss sticks. Already at the swearing-in, you strayed close to the deadly Foreign Influence. These joss sticks, when lighted, would protect from the after-effects of the Foreign Influence...I have been using them for quite some time now."

"I have other ways of protecting you from the Foreign Influence," continued Sangma. "Whenever you come home to Meghalaya, I will organise special exorcism ceremonies to get rid of the Foreign Influence." "OK Dad, you can rest easy," sighed the daughter. "I will use my little grey cells and take care of myself."