The returning officer in Vellore, Tamil Nadu, rejected the request of an independent candidate to have as his poll symbol Bollywood beauty queen Aishwarya Rai... 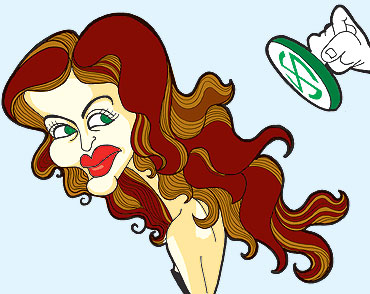 outlookindia.com
-0001-11-30T00:00:00+0553
Many people are upset with the Election Commission and the latest to join them is Bollywood. This happened after the returning officer in Vellore, Tamil Nadu, rejected the request of an independent candidate to have as his poll symbol Bollywood beauty queen Aishwarya Rai. A quick survey brought out this state of unhappiness.

Katrina Kaif: What is wrong in having Ash as a poll symbol? It will introduce an element of beauty and class which are sadly lacking in the poll process. Even now, the EC should change its stand.

Salman Khan: Normally, I do not comment on this person, but this is an issue for the entire industry. If the returning officer found Ash unsuitable for a poll symbol, why not Katrina? She is the current number one in Bollywood.

Yash Chopra: How can they do this to Ash, one of the most exquisite and romantic persons in the world? Doesn’t the EC know that the entire world admires Ash. How can the EC decide on this issue when it is associated with people like Seshan, Gopalaswamy and Chawla.

Amitabh Bachchan: I have no comments, and if I have any, they will be seen on my blog.

Jaya Bachchan: What else can one expect from this UPA government? I know who is behind this rejection and I have been telling everyone we have had enough of this Congress rule. If only Amar Singh, Mulayam and Jaya Prada had been members of the EC, Ash would have sailed through.

Sanjay Dutt: I agree entirely with Jaya aunty. But I do feel Manyata would make a better election symbol for the Vellore candidate than Ash. Do you know that my film, Munnabhai MBBS, was voted the best-ever Bollywood film in a recent poll at the Vellore Medical College?

Jayalalitha: I have nothing against Ash, but a poll symbol should be large and eye-catching, I mean, occupy a lot of space. I would have made a wonderful poll symbol, that too from Tamil Nadu.

Shahrukh Khan: Don’t ask me about anything now, with my team getting thrashed at the IPL. But the Vellore guy could have used Lalit Modi for his poll symbol, he is more popular and successful now than Ash.

Abhishek Bachchan: Ha, one politician in the family is enough, that is Mom. Even as a symbol, I don’t want Ash anywhere near politics. And with Mom and Dad disagreeing, I would rather keep quiet.

The Other Gandhi Yatra