Tokyo Paralympics Diary: Where The Mind Shoots Straight As An Arrow

“I would be lying if I said I was not gripped by fear…even the best archers have parched throats,” writes Tokyo bronze medallist Harvinder Singh. 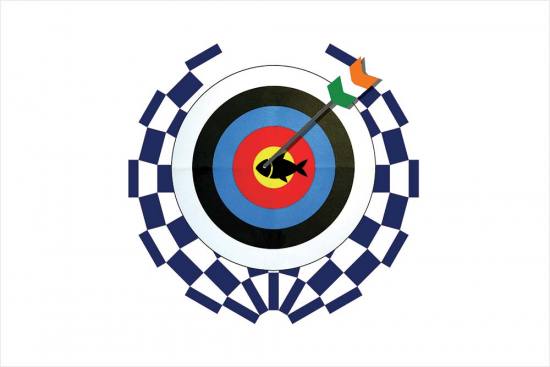 Mind Is The Key

For the 19 of us who won medals at the Tokyo 2020 Paralympics, it was a vindication of our belief that nothing is impossible in life, given a clear focus and willingness to work hard. As para athletes, I think we are perhaps more determined, as we have to overcome our physical state as well as align the mind with the body to win. Tokyo 2020 has given the Paralympic movement in India a new life; hopefully, physically challenged people will get more respect.

These Summer Paralympics have been an eye-opener. From table tennis player Bhavina Patel to shuttler Krishna Nagar, all our medalists have proved that mental strength is key to self-belief. When my left leg was paralysed after I received a spurious injection when I was one-and-half-years old, little did my parents think that their son would win an Olympic medal one day. Today, my village in Kaithal district in Haryana has been celebrating ever since I struck bronze.

We come from a family of farmers and no one has ever played sport seriously. For me, archery began as a pastime; it later ignited an Olympic dream. I was good in studies and my dad wanted me to study hard, go to college and get a good job. It was completely by chance that I saw the archery competition at London 2012 on television. I was in college and Punjabi University had an archery coach. Probably that was why archery was at the back of my mind. I started learning the basics of archery for a couple of hours after classes. Jiwan Jodh Singh Teja, my first coach, initiated me into compound archery. My parents worried that my increasing love for archery would harm my studies. I had Economics honours in graduation and after completing my Masters, got admitted to the PhD programme in 2016. While my studies went on track, archery did not.

For three-four years, I trained in compound archery but was not getting the desired results. I decided to quit archery, but Jiwan Sir kept me motivated. He then switched me to the recurve division. Within a year, I won a medal at the nationals and in 2017, made the Indian team for the world championships in Beijing. Life changed after I won the gold at the Asian Para Games in Jakarta in 2018. I qualified for the world championships in the Netherlands in 2019 but Covid waylaid all plans. After our camp at SAI, Sonepat, shut down, I went back home and set up targets in our farmland—it was April 2020, the standing crop (wheat) had just been harvested and the fields were empty. I enjoyed my training.

After the Sonepat camp shut again in October 2020, I went back to Punjabi University in Patiala, but was soon forced to return to my village in the face of the second wave. I resumed training, and my family supported my endeavour to do well at the Tokyo Games. The SAI camp started in June 2021 and we trained hard.

One of the things we practised was shoot-offs—moments when a match would be decided by a single arrow play-off. In Tokyo, I won the tag of ‘master of shootoffs’ as I clinched three encounters thus. Shoot-offs are situations where the mind needs to stay absolutely relaxed and focused. My analytical bent of mind has immensely helped my archery. I would be lying if I said that I was not gripped by fear during the bronze medal match. Even the best archers have parched throats and frayed nerves. But in Sonepat, we learnt to manage our heart beat and pulse rates. We are years behind in sports science but at least we have made a start. In Paris 2024, the results will show in both the Olympics and the Paralympics.

Looking Back With Love

What’s next? My PhD gets priority now. I am already running late. Then it’s training again as the world championships in Dubai beckon in February 2022. These were extraordinary times and Japan managed the Games really well. The smiling, courteous volunteers ensured we had a good time at the Village. We have brought back happy memories from Tokyo. They said Tokyo 2020 were the ‘bounce back’ Games. Like Japan, our Paralympic team has proven that nothing is impossible.

(This appeared in the print edition as "Tokyo Diary")

Harvinder Singh won bronze in archery at the Tokyo 2020 Paralympics, the first Indian to do so