To The Invisible Prince Of A Vanishing Kingdom 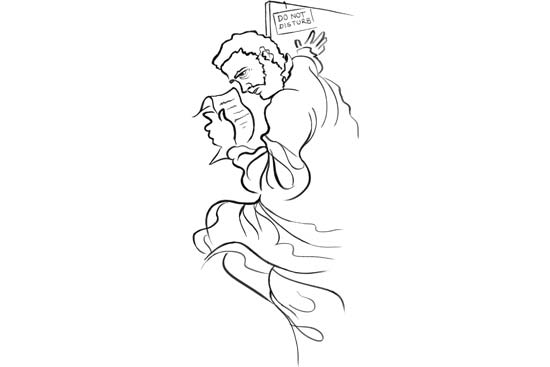 Illustration by Saahil
Saba Naqvi March 30, 2015 00:00 IST To The Invisible Prince Of A Vanishing Kingdom

Like you, I too have been on a leave of absence (for three weeks, and not indefinitely), and return to find this non-assignment waiting for me: where is Rahul Gandhi and when will he return? Frankly, my dear, I don’t give a damn, but unlike you I do have a job to do. So I dialled a few numbers in the Congress and I have to say that, when they are speaking off the record, Congressmen have the best sense of humour in the entire political class. The minute I ask where you are, the self-deprecating jokes begin. On the record, conversely, they are the biggest bores: they have no choice but to defend you and pretend to have insights when, frankly, you’ve left them all clueless.

Let’s face it Rahul, every now and then, the nation still wants to know where the hell you are, whether you are actually sulking, whether you are out to get rid of the old guard of the Congress, whether you are emotionally disturbed or psychologically battered, whether you are about to become Congress president, and whether the only problem you have is an addiction to vacations. But we are beginning to get deeply and profoundly bored. We are at that point in our relationship with you when whatever vestiges of love and hate that remain could just harden into layers of ennui, after which, we will just turn off the psychological switch in our minds.

Every now and then, the nation wants to know where you are, and if your only fault is addiction to vacations.

We are expected to be very indulgent towards you because you are from the Nehru-Gandhi family. But I just want you to know that, had you been a regular person in any job, or even in politics, you would have been sacked by now. Instead, you find yourself still able to inherit a party. Do you really think you deserve it? Do you really care about anything linked to politics? You rarely show up in Parliament, let alone speak there. You were not present during the foundation day celebrations of the Congress on December 29 last year. I did not see you when the party you are apparently ‘destined’ to lead organised an international conclave to celebrate the 125th birth anniversary of your great-grandfather last year, the man who had established the foundations of our democracy.

And each year on your birthday, on June 19, we have witnessed a terrible farce at the Congress headquarters at 24, Akbar Road, Delhi. Your party workers gather and raise a few slogans for you, the birthday boy; they distribute sweets; but they never know where you are, for mostly, on that day, you are at an undisclosed location outside India.

Pardon us for wondering if you really care or are just trapped in a job that you’ve been told is a historical duty you must fulfil—and well, you don’t really have the skills to do anything else. If so, I suspect the public would want to release you from any sense of responsibility you may or may not have towards nation and party.

I personally would be delighted to see you man up, stand up, and say, “Honestly, I am not cut out for this.” Think of the brave new world that would open up for you: you could travel the world without cops trying to locate you, you could get married, stay single, attend parties or read books, go scuba-diving or rifle shooting. You would get loads of time to reflect on your inner dilemmas, all of them. It could be truly liberating, for you as well as for us.

I say this because I think you are a good person, being too simple-minded to be bad or corrupt or devious or power hungry.

Think of the brave new world that would open up for you if you man up, stand up and say, ‘I’m not cut out for this.’

You have probably been told that you are needed by the party and your family. That the Congress would collapse without a Nehru-Gandhi at the helm. But it has already collapsed with the dynasty at the helm and you, Rahul, today are the prince of a vanishing kingdom. So those who keep telling you how much you matter are misleading you. I remember a very emotional speech you made at an aicc session in Jaipur in January 2013. It was a quasi-philosophical, quasi-emotional, vague-about-specifics speech. The delegates were in tears at what they saw as a coming-of-age dynasty moment. But I do hope you know that it’s just part of Congress etiquette to be all emotional about your family. I also hope you know that many of those same people would be very happy to see you go on a permanent sabbatical.

But you said two things that day that I remember very well. You spoke about searching for balance and truth in your life. You also spoke of power being a terrible poison. You don’t have to worry about the poison of power, for there is no chance in the foreseeable future of you coming near it. But you could search for truth and balance. And one very basic truth, Rahul is that the idea of dynasty is fundamentally undemocratic.

And some very basic truths could be found in thinking out of the box of dynasty. Why is it not possible for you to consider promoting someone else, someone who is not from your family but energetic and interested in politics, as the next generation leader of the Congress? What divine law makes it imperative that only your family must lead? I know that hundreds of arguments will be trotted out in support of the dynastic principle, but surely you, who has so often spoken of searching for truth and meaning, can see them as so fundamentally flawed.

There is not that much left to be lost, and historically, it is after great crises that old structures are smashed and new created. Look at the states, and let strong leaders emerge without trying to impose the writ of your family. As it is, we know that the few grassroots leaders left in the Congress hardly heed the calls made from Delhi. You must know that the cycle of politics will turn and a time may come in the future when your party could again have opportunities in the states and country. Let a new Congress emerge, Rahul. That cannot happen with a half-hearted, part-time leader.

Let it go, and go in peace.

‘There May Be Differences In Looking At Things, But There Is No Rift (Between So