To Silence The Salangai

There’s an ill wind blowing in Kalakshetra. Does it portend a blighted season ahead? 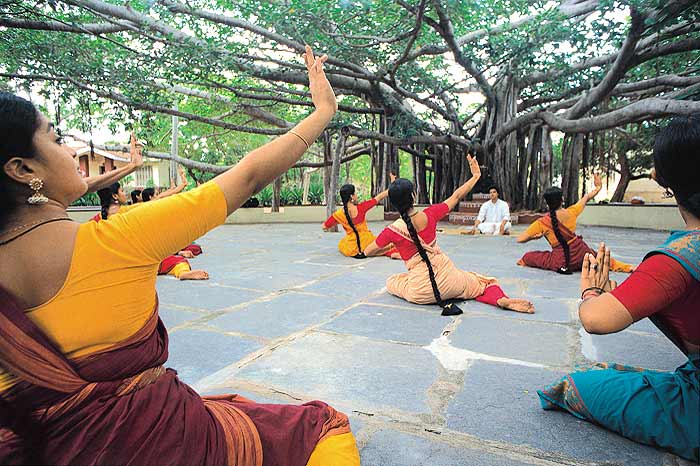 What the world saw of Kalakshetra was the sprawling idyll, where classes in music and dance were held in sylvan surroundings. But within the gates, as aptly illustrated by the abrupt resignation of Kalakshetra Foundation director Leela Samson on April 12, there was an interplay of intrigue and power politics. There are disgruntled teachers and disciples who felt Kalakshetra under Samson was moving away from the moorings laid by founder Rukmini Devi Arundale. And there are those who applaud her for breathing new life into the institution, “for her vision that balanced Arundale’s traditional with a contemporary approach” and for making the place sparkle after its near-moribundity since being taken over by the ministry of culture in 1993.

“I don’t think it even matters,” Samson told Outlook after her last day as director on April 30, clearly upset that her seven-year tenure at the helm of Chennai’s premier arts showcase had ended in such ignominy. Earlier, Samson, who chairs the Central Board for Film Certification and the Sangeet Natak Akademi too, had said, “The governing board was not happy with me continuing as director and this was communicated to me during a board meeting on April 10. I quit two days later.” During the meeting, notable for the conspicuous absence of a majority of the governing board’s 14 members, other issues, including her age (she reached the superannuation age of 60 last year) came up. Her resignation was accepted with some alacrity by the culture ministry. Former West Bengal governor, Gopalkrishna Gandhi, who became Kalakshetra chairman in January, has said, “We must respect her decision and that of the ministry.” Samson was “instrumental” in Gandhi’s taking over as chairman from former Supreme Court justice S. Mohan. Of the current controversy, Justice Mohan has said, “Leela had her way of doing things. While some students complained about certain decisions, some teachers did not much like her style of functioning.” 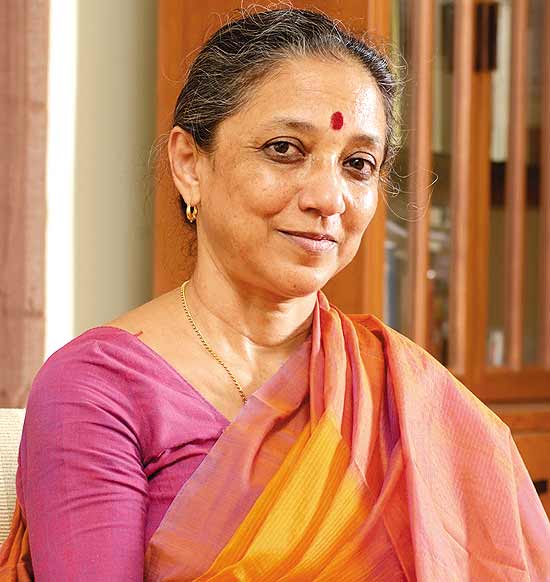 The prevailing climate of acrimony is also attributed to the interest shown in the 100-acre campus by vested parties. These started to have a say in the running of Kalakshetra after the government took over the institution that Arundale established in 1936. Still, it must be said that land disputes and court cases had existed even during Arundale’s tenure.

Gopal Gandhi was made chairman on her watch in Jan. His predecessor, S. Mohan, was said to be antagonistic towards Samson.

“The age factor alone could not have led to such a strong decision. She was made a scapegoat, cornered and forced to resign,” says N. Murali, president of the Music Academy, and a board member of Kalakshetra. He told Outlook that a board meeting scheduled for April 4 was curiously moved to April 10 when a majority of the non-government board members could not attend. Now, members have asked for a special board meeting “to know what really happened at the April 10 meeting”. “The place needs to be cleaned up and she has the ideal credentials,” Murali says, although he doubts whether she will reconsider her decision now, given the vitiated atmosphere. Soon after word of her resignation got out, Samson had said, “I would not be interested in interfering with the work of the future director in any way.”

C.S. Thomas, a retired professor of dance at Kalakshetra who in a PIL last year challenged the appointments Samson made, admits that the case had been motivated in part by his anger over his daughter Suhasini being overlooked “and sent out in 2008” after teaching dance at Kalakshetra for six years. Speaking to Outlook, he said, “My daughter was born and brought up in Kalakshetra. When I pointed this out, Leela said ‘It’s enough that she drank the water and enjoyed herself here for all these years’.” He claims that Samson became high-handed, even arrogant, did what she wanted and made several mistakes.

Thomas questions the contractual appointment of 150 teachers (there are only 37 permanent teachers for 140 students). “There were more teachers than students,” he says, and talks of money being wasted under Samson’s watch. Thomas is part of the old guard; he had been a hostel warden for 18 years and his wife Vasundhara is the institute’s most senior teacher. He feels Samson’s modernisation agenda was not restricted to dance alone, but also to Kalakshetra’s social mores. “Arundale used to segregate girls and boys strictly in the hostels. But Leela allowed them to mingle,” he says. “There should be a sense of purity about the place, she spoilt that.” Another charge levelled against Samson is her ‘sidelining’ of those who were seen as “Rukminiamma’s people”. He adds that he’d written sometime ago to Preetha Reddy, MD, Apollo Hospital, and one of the board members who attended the April 10 meeting, listing out everything that he felt had gone wrong with Kalakshetra under Samson. “She did not reply. Now, after Leela resigned, she called twice, but I have avoided her,” he says.

Making reference to the issue of Samson’s age, Thomas says, “Under government rules, we all have to go when we turn 60.” Samson’s appointment as director, though, was open-ended—the culture ministry had stated in its counter-affidavit to a petition challenging her continuance that her selection had been different from that of other government employees. In fact, after she turned 60, she had informed the ministry that she was ready to step down.

Those sympathetic to Samson, a Bharatnatyam practitioner who trained under Arundale, say she had no administrative support but braved the odds to remould Kalakshetra into a resurgent, vibrant institution from the “status quoist” one it’d become. Murali says, “They (Justice Mohan and foundation member secretary R.V. Ramani) were thwarting her efforts to develop Kalakshetra.”

Those sympathetic to Samson say she toughed it out with a hostile administration to return Kalakshetra to respectability.

Samson has herself admitted to having found the maze into administrative territory difficult to navigate. A significant concession, given that an audit of institutional accounts by the principal accountant general (under the CAG) last year raised questions about a Rs 3.90-crore contract awarded for video documenting dance-dramas, improper spending on the renovation of hostel kitchens, sound system upgrades, buying sound and lighting equipment, alterations to the Koothambalam auditorium, and appointments without sanction. Reputed art critic Sadanand Menon says procedures may have been bypassed for expediency instead of following cumbersome government processes. He suggests, “It’s possible she didn’t receive the right advice when she was told the Koothambalam was an old structure and she could go ahead with its renovation.” Not everyone is willing to be as charitable. “The AG’s report has hugely strengthened our case for a vigilance probe,” says R.T. Shyamala, Thomas’s lawyer. Her supporters say nobody believes that there was malafide intent in the irregularities. They point out that Samson had been given a baptism by fire by Hindu groups when she was appointed because of her Jewish-Christian background. One of the charges, after four idols of Ganesha were relocated, was that she was “extremely hateful of the Hindu tradition of idol worship”. Her reply was that Kalakshetra followed theosophical principles and even ‘athai’ (as Arundale was called) didn’t encourage idol worship. Even so, she instructed that the idols, “which were in a place without sanctity”, be placed atop pedestals in hostel blocks, where students can look after them. In a letter to cultural activist V.R. Devika, she writes, “Never in my wildest dreams would I throw a Vinayakar out from here or anywhere. Perhaps no one will believe it, but Ganesha is my ishta devata. There is malice in this and other allegations.”

Hyderabad-based dancer Ananda Shankar (who is being touted as a possible successor) pooh-poohs the charge that Samson has diluted Arundale’s legacy, saying, “Tradition is like a flowing river that can’t be fossilised. Even Rukmini Devi was a innovator.” Justin McCarthy, a former student, says, “It is a crying shame to lose Leela at a time when she’s just succeeded in reinstating Kalakshetra on the cultural map of both India and the world.” But how to replace one of Kalakshetra’s brightest lights? As Sadanand Menon says, “No one from Kalakshetra has her stature. Willy nilly, they will have to bring a director from outside. That means you can expect more of the same drama playing out now.”