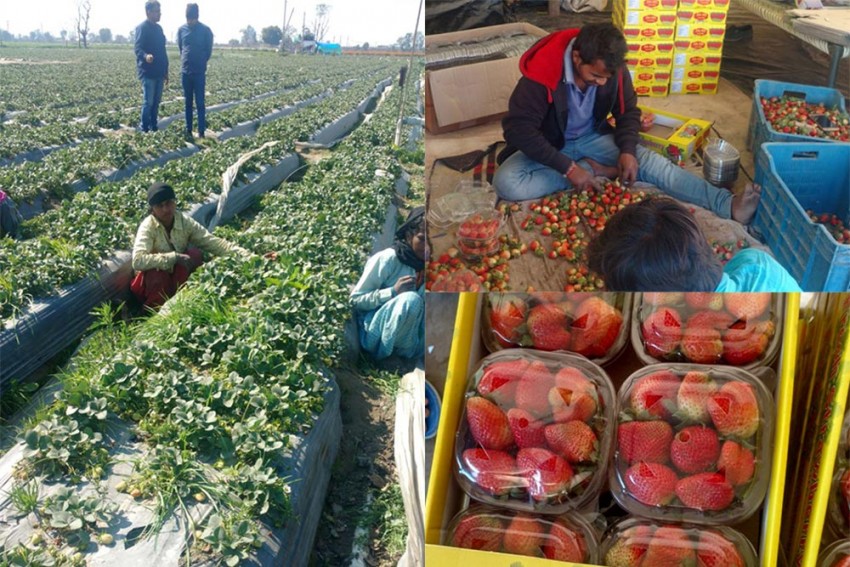 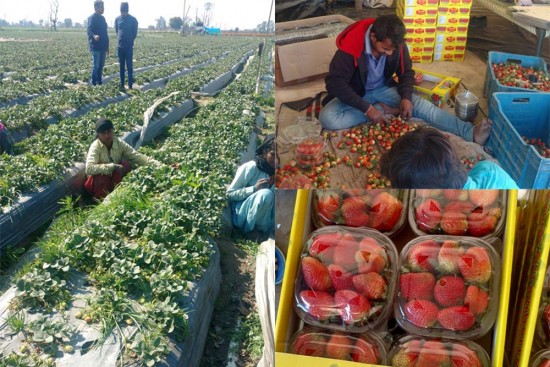 The Budget’s announcement of a five-year tax holiday for Farmer Producer Organisations (FPOs) with a turnover of up to Rs 100 crore came as a relief to the thousands of farmers who are members of around 4,000 such companies in the country.  In December 2017, a sizeable number of farmers gathered at a national conference org­anised in Pune were found to be unaware that the FPOs were liable to pay taxes under the Companies Act, rev­eals B. Dasaratha Rami Reddy, secretary general of the Consortium of Ind­ian Farmers’ Associations (CIFA).

In the last six years, the government has stepped in to promote FPOs in order to help farmers benefit from collective strength and resources, as seen in dairy milk cooperatives, in a push towards sustainability. Only farmers connected with some primary produce can be members of such a company, which as per the law is liable to pay 30 per cent tax, plus 15 per cent on any dividends paid. Almost all FPOs are expected to benefit from the government move, giving a push to turning farmers into entrepreneurs to boost their income, encourage value addition and reduce wastage of fruit and vegetables resulting from spoilage.

The CIFA is, however, unhappy with the current structure of FPOs; this is due not just to the tax element but also to the cumbersome procedures involved and the fact that most farmers are “not conversant with the management practices” of running a private limited company, states Reddy. But while the CIFA is seeking a cooperative structure, many see advantages in maintaining the current corporate structure complete with a CEO and a board of directors.

“As a model, there is recognition that FPOs have some advantages. The idea of building them into companies was to help give them some professional management with a CEO, a salaried employee, who is obviously a local person,” says Sumanta Chaudhuri, managing director of the Small Farmers’ Agribusiness Consortium (SFAC), under the agriculture ministry. One aspect of the SFAC’s mandate is to promote the FPO concept through awareness and training initiatives, besides providing equity grants (raised this year from Rs. 10 lakh to Rs. 15 lakh) and credit guarantees, and helping to access venture capital.

“We bring the CEOs and the board of directors together on the same platform for collective leadership, as the CEO will not be able to act alone if the board does not support the decision. Similarly, unl­ess there is willingness by members to implement a plan, the board can do nothing. There is always something more that the FPOs can do through continuing skill development programmes and linkages,” states Chaudhuri. There are around 800 FPOs registered with SFAC, many of which have started operations while others are still completing their registration, creating infrastructure, and seeking licences for procurement and sale of seeds, fertilisers and pesticides. Some are venturing into the purchase and renting out of farm equipment, operation of warehouses, processing mills, etc.

There are several other agencies inc­luding NABARD which are promoting the establishment of FPOs. The tempo has picked up in the last few years with NGOs and other civil society groups being engaged to help farmers set up the organisations. The process of getting started can take up to three years.

FPOs are tedious to set up, ­taking up to three years, but many are showing good results.

C. Rama Gopal, a consultant working with the SFAC, says many farmers are not aware of the FPO structure or its potential, which is why, for example, there are no more than three or four FPOs in Vizianagaram district near Vis­akha­patnam.  Due to this lack of awareness, their activities remain res­tricted, and thus they cannot bring a whole host of possible advantages to the member farmers and others in the vicinity. “Though there is an AP Food Processing Society, it is not taking any initiative to promote FPOs which could help in better procurement and management of food produce. Further, the farmers too could benefit if they are able to collectively bring their produce to the mandis and use the e-facilities of marketing to garner a better price,” says Gopal.

S.S. Baskar, who oversees the operation of around 60 FPOs that are promoted by Vrutti Livelihood Resource Centre in Karnataka and Tamil Nadu, says the eff­ort is to get around 1,000 farmers from 8-10 villages to set up a FPO. Further, within an FPO, smaller groups of 10-20 members with common interests are formed. This helps farmers to bring down input costs ­thr­ough shared res­ources including farm equipment, and through the aggregation of ­produce for sorting and grading before marketing.

Most FPOs initially focus on the handling of seeds, fertilisers and pesticides, besides providing farm equipment for hire. The difficulty comes in meeting the statutory requirements—for example, some of the CEOs consulted say that you need a member with a BSc in Chemistry if you want to get a pesticides licence. The advantage is that due to the volume of requirement, the input costs—whether seeds or fertilisers—come down by 10-15 per cent. Further, the effort of going to town to get good quality seeds in adequate quantity is done away with. “Bulk buying and selling reduces transportation cost, amali (labour charges), and commission costs; in some cases, transportation costs are done away with as the sale happens at the cluster level. If the farmers go to the mandi there is a cost, as they will have to give 2-3 kg per bag to the mandi operator as a fee (called SUIT or ‘free-of-cost supply’),” says Baskar. Having an FPO offers a lot of other ­adv­antages like meeting corporate dem­and for bulk supply. In many cases, big corporations are known to pay an extra Rs 1-2 per kg as they get fresh produce without having to pay any mandi commission. Baskar claims that out of 60 FPOs under his care, as many as 35 have witnessed a three-fold growth in income for member farmers in three years.

Chaudhuri of the SFAC stresses that aggregation, sorting and grading of ­produce is important for farmers to get a better price. This has been tried with impressive results in Delhi, where ­farmers are getting higher prices than they would get at Azadpur Mandi, and without the added hassle.

“We have 1,150 members from 14 villages in our FPO who have been divided into 20-member groups to work in coordination. We make the transportation arrangements, help with marketing, provide quality seeds, fertilisers and pesticides to farmers at concessional rates, give guidance on how to use fertilisers and pesticides, and undertake training of both farmers and labour on sorting, grading and packaging of produce,” says Surat Singh Janghu, managing director of Krishak Bharti Producer Co Ltd in Delhi’s Bhakhtawarpur village. The four-year old FPO has applied for a Rs. 10 lakh equity grant from  SFAC to expand operations, including bulk supply to corporate retail companies, and switch to organic farming. It is currently supplying a range of fresh vegetables to RWAs in three colonies.  Besides Delhi villages, farmers from neighbouring regions in the NCR are also selling their produce through the FPO. Janghu reveals that bulk supply to corporate clients helps them save on packaging costs, whether for mushrooms or strawberry, and also on transport costs. “Training and ­awareness ­programmes have greatly helped us to imp­rove our turnover from Rs. 50 lakh in 2016-17 to around Rs. 1.5 crore this year,” says Janghu.

Striving to make such organisations a viable business model, government agencies are trying to bring together FPOs and various aggregators like exp­orters, retail chains, etc., which are bulk handlers with specific requirements for the type of produce they are seeking. Though early, the teething problems faced by growing FPOs are pushing up demand for infrastructure like warehousing and processing in rural areas, as better management practices take root. Some states like Tamil Nadu and West Bengal have also stepped in, with retail outlets operated by FPOs ensuring better prices for farmers and consumers.