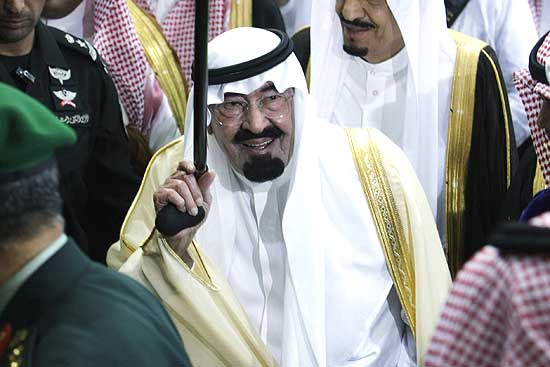 Saudi Arabia is a classic example of a majoritarian state, an absolute monarchy founded on the tenets of Islam. The king is head of state and government. Decisions are taken in consultation with princes on the basis basis of the sharia. The government is dominated by the royal family of Al Saud. Foreign policy, defence and international affairs are the preserve of the state, but justice, education and family matters are handled by the religious establishment. Al ash-Sheikh is the leading religious family, descended from the founder of the 18th century Wahabi form of Islam. And Saudi Arabia is built on the Al Saud’s pact with the religious establishment some 300 years ago.

Everything, one would imagine, is well laid out and understood on the basis of conservative Wahabi values. The state is, of course, immensely rich on the strength of its great oil wealth and it was inevitable that some of this wealth was diverted to spreading the message of Wahabi Islam across the world, including on the Indian subcontinent. Elaborate mosques have been built with Saudi largesse, with Saudi pre­achers following the money trail to preach the Wahabi tenets. Yet the country lives in a turbulent region and safegu­ards its interests through an alliance with the US, even as it feels free to propagate Wahabism around the world.