Time To Call In The Runners

The Lodha Committee has rung the bell for long-term cricket administrators. They’re now looking at proxies to retain control. 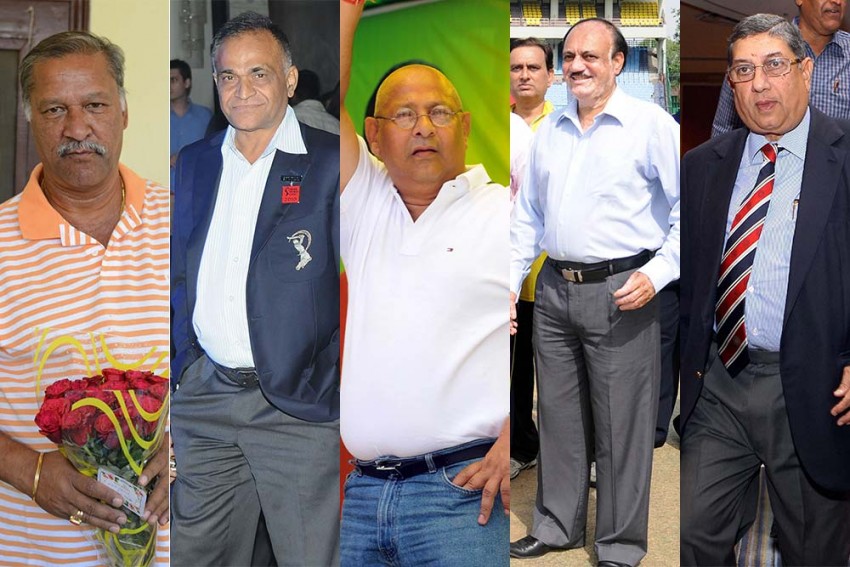 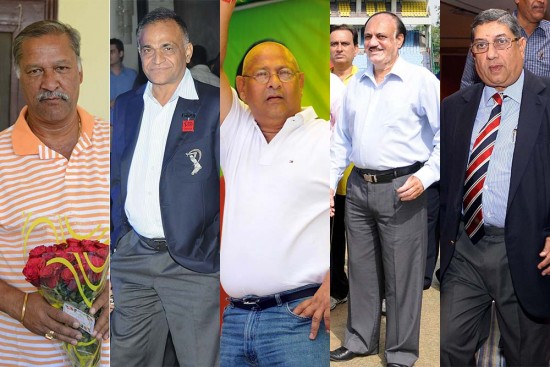 Cricket administrators are getting into a huddle. The opp­osing team—the Lodha committee—has delivered googlies and toe-crunchers at them. Now, the officials are busy devising ways to go around the new rules that are set to redefine the way cricket is administered in India. The BCCI has filed a petition in the Supreme Court for reviewing its judgement on implementation of the Lodha committee report. But even before that hearing starts, officials in the board and among its affiliates are drawing gameplans about how not to loosen their iron grip on cricket.

According to the SC judgement, people who have completed a cumulative period of nine years as offi­ce-bearers, either at the BCCI or its affiliates, are ineligible to contest elections. And those who have put in less than nine years would have to take mandatory ‘cooling-off’ breaks. An official can now administer a maximum of three terms of three years each, interspersed with two such mandatory periods.

But none of them are thinking of walking gracefully into the sunset. Most are taking a leaf out of the wily Laloo Prasad Yadav’s book, to field either their family members—wives, sons, brothers—or trusted associates so as to continue running their respective associations. C.K. Khanna, vice-president at both the DDCA and the BCCI, has realised that his days at cricket administration are over. Associated with the DDCA in various capacities for over 30 years, he is still keen to continue. Khanna has sounded off his close aides that he would like his wife, Shashi, to extend his legacy at the Ferozeshah Kotla. “He has told some of us that he’d constitute a good group to fight the upcoming elections.... He has given us ample hints that his wife could be contesting, possibly for the vice-­president’s post,” says a loyal supporter. The probability of his wife contesting increases, as under the new Companies Act regulations, a woman member is mandatory in the exec­utive committee of a company. At present, there is no woman member in the DDCA executive. But Khanna denies the allegation. “It’s too early. People might say whatever they wish, but I have not discussed this with anyone. You cannot stop people from talking. Let us see what happens,” he says.

Two other DDCA office-bearers—president Saneh Prakash Bansal and treasurer Ravinder Manchanda—get disqualified by the same nine-year and cooling off rules, respectively. They, too, could bring in their younger brothers, say sources close to them. “S.P. Bansal is now into his 20th year at the DDCA, having held the posts of treasurer and general secretary. He has lately been involved in controversies, and is now weighing his options to make his brother, Rakesh, contest for either president or general secretary,” says an official. Rakesh has previously held the ceremonial post of patron at the DDCA. “When the time comes, we will think about whether to contest elections or not. People may be talking about it but my brother Rakesh has no interest in DDCA affairs,” says Bansal

There is talk that Manchanda, a politician, too could bring in his younger brother Rajan, who is currently general secretary at Delhi’s Roshanara Club, where the BCCI was born in 1928. But Manchanda denies it. “Personally, I wouldn’t like my brother Rajan to contest, though he is a sportsman and is very popular. But I am sure he will not go against my wishes,” he says. 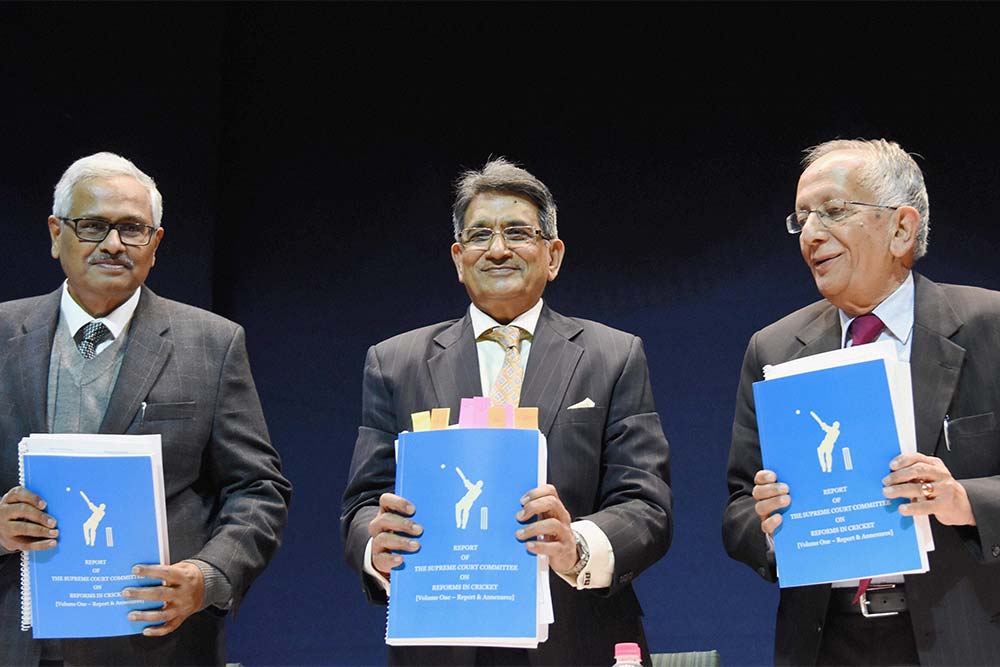 In the east, the all-powerful Asirbad Behera, secretary of the Orissa Cricket Association (OCA) since 2000, who also holds positions in other sports bodies, will have to vacate the seat. Sources in Cuttack, where Behera is based, say that he might introduce his son, Sanjay, to cricket administration. “Sanjay is secretary of the Football Association of Odisha. He is also facing a CBI inquiry in a chit fund scam. There is talk that Asirbad Behera may make his son contest one post of the OCA office-bearers. If Sanjay contests, he’ll have to relinquish the football post, as per the new rules,” says an official close to Behera senior. “Yes, it’s true, why can’t my son contest elections?” counters Behera. “He represents his club Rising Student and a district, both of which are OCA members in the association council.” Behera’s other son, Satyabrata, is a joint-secretary with the OCA, having been elected unopposed in August 2012. Another OCA top gun, president Ranjib Biswal, will also become ineligible as he has completed nine years, but it’s not known if he would field a family member to carry on his legacy. “Some things are still not clear and nothing has been decided yet,” Biswal tells Outlook.

Present BCCI joint secretary Amitabh Chaudhary, president of the Jharkhand State Cricket Association (JSCA) and a former top cop, would also have to make way for new members, having been disqualified by the nine-year stipulation.

Sunil Singh, former secretary of the Ranchi Cricket Association and now fighting court cases to challenge his suspension from JSCA, alleges that Chau­dhary is likely to field a candidate from among his trusted lieutenants. “He has made many close confidants JSCA members, thanks to his 14-year reign. He might field someone he trusts completely,” says Singh. Chaudhary himself says it is too early to comment. “We held elections in May. I haven’t thought about the next elections. We will see when the time comes,” he tells Outlook.

With the deadline for holding polls for BCCI’s associations two months away, many grandees are mulling taking a leaf out of Laloo Prasad Yadav’s book.

Down south, current office-bearers of the Hyderabad Cricket Association would also become ineligible. Internally, HCA has told members that elections won’t be held this year, though the term expires in 2016. But after the SC judgement, things will change and a realignment of forces is on the cards. Accordingly, says HCA insiders, former president Shivlal Yadav’s son Arjun, who is now Hyderabad under-23 coach, could well contest for a post. At the Tamil Nadu Cricket Association (TNCA), N. Srinivasan has been president for 15 successive years (he was vice-president before that). He and secretary Kasi Viswanathan, his trusted aide, would not be able to extend their reign due to the self-same nine-year rule. But people in the know say Srinivasan is unlikely to cut off his links with the game. “Why do you think he has launched the Tamil Nadu Premier League this year, after the implementation of the Lodha committee recommendations became imminent? The launch of TNPL could be a reason to keep people in good humour and thus clinch votes in the upcoming election,” says a person who has a view from the ringside. Shivlal Yadav and Srinivasan were not available for comment.

BCCI president Anurag Thakur, also Himachal cricket chief for 16 years, and board treasurer Anirudh Chaudhry (secretary, Haryana) are also ineligible. But it is not clear what their strategy might be to hang on to their long-held posts. With the deadline for holding elections to the BCCI’s state associations just around two months away, hectic activity is on behind the scenes. Especially in the private studies of administrators and officials.