BJP needs all the help it can get, so it can’t rebuff MNS. But it can’t miff Sena either. 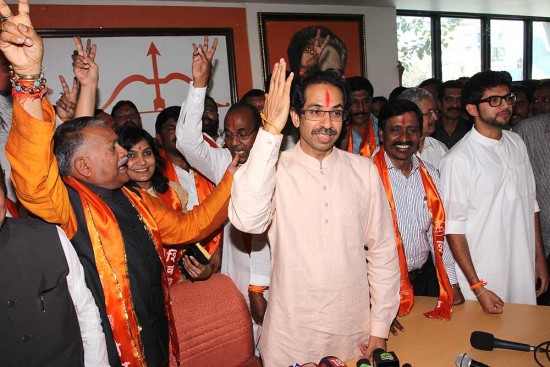 Raj Thackeray’s address recently at the eighth anniversary of his Maharashtra Navnirman Sena (MNS) was perhaps his most eagerly awaited since he launched the party. Supporters, party workers, political rivals, people at large—everyone wanted to know if Raj would indirectly support his estranged cousin Uddhav of the Shiv Sena by not fielding candidates in the Lok Sabha elections; if he would reaffirm his appreciation for Narendra Modi; and if he would try to establish a separate identity for the MNS at the city, state and national level.

Not easy decisions at all. Raj admitted as much, saying, “I alone know how I have found a way out.” After all, not long ago, he had ruled out tying up with the Sena-BJP for the Lok Sabha elections. The solution: he announced the first list of seven candidates for the Lok Sabha election; at the same time, he declared support for Modi should MNS candidates win. But this set off sparks between allies BJP and the Shiv Sena. Uddhav made it clear the Sena would not tolerate any on-the-side BJP negotiations with Raj, referring to Nitin Gadkari’s recent meeting with the MNS chief. At the same time, he declared that the Sena remained staunchly with the BJP. Soon after, state BJP chief Devendra Fadnavis met Uddhav to sort things out. Modi, too, is learnt to have called Uddhav up.