Tied To The Stake 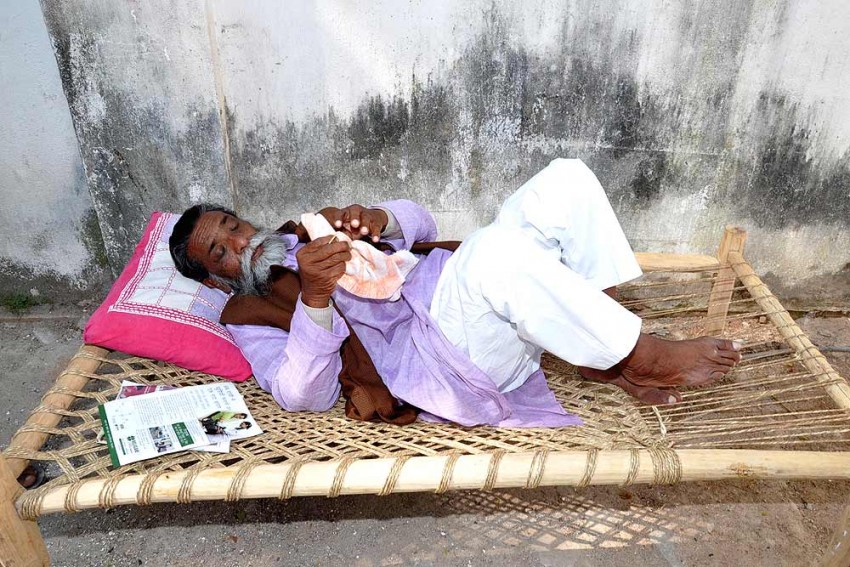 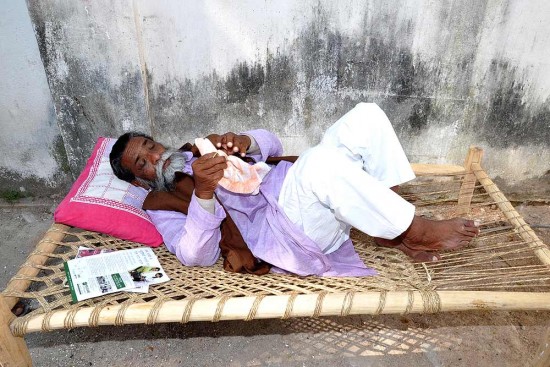 It is a tale of three chief ministers. As two former CMs joust over a Lok Sabha seat, the present CM of the state puts on the ‘dutiful son’ act. For Jharkhand Mukti Morcha’s Shibu Soren (70), visibly infirm and ailing, this is literally the end of a long and eventful journey. For his younger rival Babulal Marandi (Jharkhand Vikas Morcha-Prajatantrik), it is a dress reh­ea­rsal for assembly polls due later this year. And for Jharkhand CM Hemant Soren, son of Shibu, it is a matter of prestige as well as political survival. It’s an engrossing race worthy of a photofinish.

The last three weeks have seen Hemant camping at Dumka—the constituency where Shibu Soren and Babulal Marandi lock horns—while making quick forays to Ranchi to clear files. With his own government’s survival uncertain, Hem­ant is doing all he can to ensure Jha­r­khand’s first family does not lose the pocketborough. The JMM is not the mighty force it used to be, is contesting in alliance with the Congress, and in just four of Jharkhand’s 14 Lok Sabha seats. Losing Dumka could hasten the dec­line. While history favours Shibu Soren—he has won the seat six times—there is growing unease in party ranks.

Stephen Marandi, the former JMM sec­ond-in-command who left after Soren foisted his own son as the CM, is nostalgic. In those days, he says, anyone under the ‘bow and arrow’ JMM symbol was sure to win. “This time, the tir-dhanush is not going to rescue Guruji,” he claims. “The Santhals have realised that Soren came to Santhal Pargana not to improve their lot but to establish his dynasty.”

Three factors weigh against Shibu Soren. First, Hemant is running a highly unpopular government; secondly, old-­timers like Hemlal Murmu and Simon Marandi are no longer with him. And finally, Narendra Modi, who has add­ressed a rally in Dumka. Old party mem­bers make no secret of their bitterness. “I can’t explain the humiliation I faced at Soren’s house,” says Simon. Their desertion might hurt him most in 2014.

However, JMM is making a last-ditch, emotional appeal in the hinterland, asking Santhals to make Guruji’s farewell a memorable one. Social activist Munni Han­sda says that though Dumka has been under Soren’s control for long, it has remained backward. “Yahan ki janta bik­egi, tabhi Shibu Soren jitega (If voters do not barter their votes, Soren will lose the election),” Munni asserts.

“It is futile to expect anything from Soren now. Woh to baithe-baithe so jaate  (He dozes off frequently). We need a dynamic man,” says Navin Singh, a teacher in Sido-Kanhu Murmu Univer­sity. “He began by fighting moneylenders, but has himself become one,” he sneers.

JMM general secretary Supriyo Bhat­tacharya counters the barbs. “We have changed the face of Dumka in the last five years:  roads, power supply and hospitals have improved. Guruji’s health is also not a problem.... He either meets people at his residence or visits villages,” he asserts.

“Soren is known as Dishom Guru (Guru of the world) among tribals. He has achieved this due to his abolition of the ‘mahajani’ or money-lending system,” says JMM leader Subhash Singh. “During the 2009 polls too, Guruji was sick. He didn’t campaign at all, but was victorious. It doesn’t matter who  his rival is.”

Interestingly, Babulal doesn’t boast about his chances. “I had defeated Soren and his wife in 1998 and 1999 on the dev­elopment issue. This time again, I am going to people with the issue,” he says.

Many see the battle of the regional satraps as a watershed. An old JMM hand sums it up: “Dumka will be witness to a change in disha (direction) and dasha (condition) of Jharkhand politics. If Soren loses, it will be the beginning of the end of JMM. And if Marandi loses, it will demoralise the JVM and question its claim of a resurgent, regional force.”