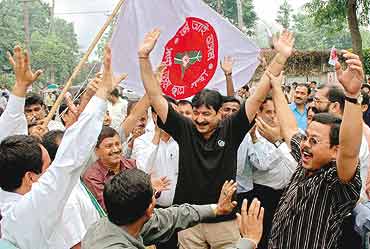 The battle is over, the war is yet to begin. All Assam Students’ Union (AASU) activists and Opposition parties burst crackers and made merry, celebrating the SC verdict on July 12 that struck down as unconstitutional a controversial immigration law applicable only in Assam. The Illegal Migrants (Determination by Tribunals) Act or the IMDT Act, in force in the state for the past 22 years, required a complainant to prove citizenship of a suspected illegal migrant. This was in contrast to the provisions in the Foreigners Act, applicable elsewhere in the country, where the onus of proof lies on the accused. And this, in a state where the murky citizenship issue has been the AASU rallying point since the ’79 foreigner agitations. The loopholes in the IMD Act had been cited by anti-migrant groups as the prime hurdle in detecting and expelling illegal Bangladeshi infiltrators.