Thrice Is Not Enough 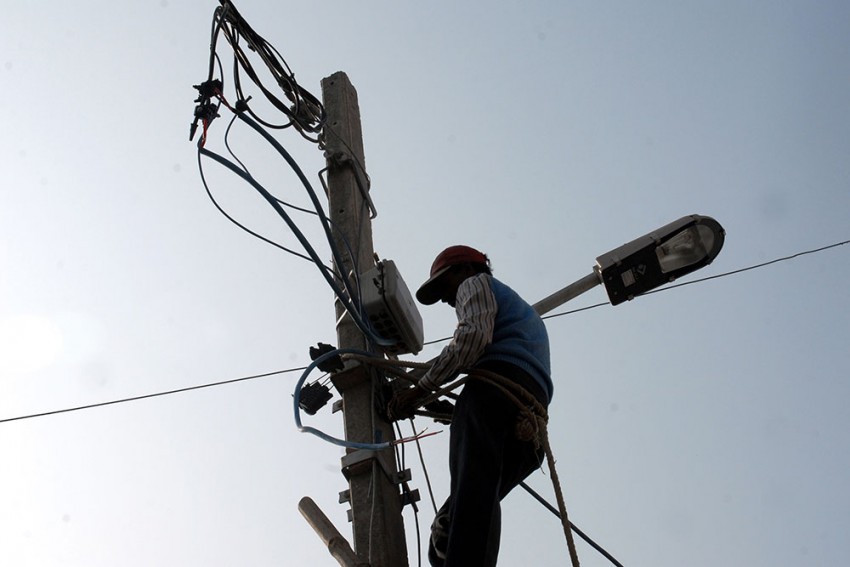 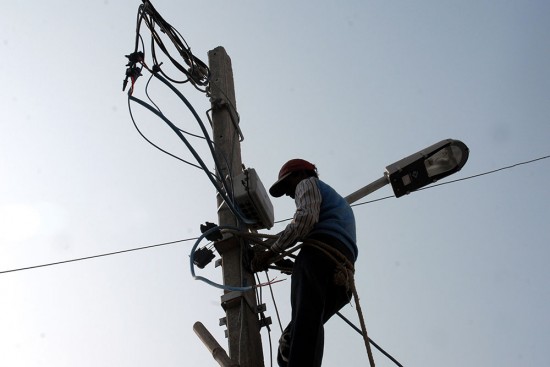 Tamil Nadu chief minister J. Jayalalitha has scoffed at it but 15 states, including  Bihar, have opted to join the Narendra Modi government’s latest attempt to turn around their debt-laden power distribution utilities—the Ujwal Discom Assurance Yojana, better known by its acronym Uday. One provision in the scheme—quarterly revision of power tariff based on fuel cost—could lead to higher bills for consumers, fears Jayalalitha. Of course, in a poll-bound state, this is unthinkable.

“Sadly, it’s the people of Tamil Nadu who will suffer.... When I did an analysis—how much each state will save in the next three years by joining Uday—surprisingly TN gets the maximum benefit,” says Union power minister Piyush Goyal (see interview on page 76).

This is neither the first time nor the first state government to shy away from measures to bring down losses of the power distribution companies (discoms). The Centre had earlier tried to reduce losses for discoms—particularly due to theft, faulty metering and subsidies not being limited to marginal farmers—in 2003 and again, with new provisions, in 2008. Then, in 2012, a financial restructuring package was launched, under which short-term liabilities of the discoms were to be halved by iss­uing bonds guaranteed by the state governments. All three failed attempts were exp­ected to have “measurable outcomes” through “monitored reforms”.

“It is a better-thought-out scheme but is likely to go the way of previous efforts except in some very efficient states.”
S.L. Rao, Former chairman, CERC

One change that Uday brings is that the bonds, unlike in the earlier schemes, have been taken out of the state fiscal responsibility budget management limits, making way for higher market borrowings. The states will then pay the interest and stand guarantee for bonds issued by discoms—for 50 per cent of the loans in the first year and around 25 per cent in the second year. When the bonds are red­eemed, it will be paid back by the states and considered a grant to the discoms.

Calling the NDA programme “another rechristening” of a UPA scheme, former power minister Jyotiraditya M. Scindia says, “Uday is no different from the past schemes we had brought out.” The biggest concern today remains compliance and that most discoms are not signing power purchase agreements with power generation utilities, particularly the renewable energy units, due to financial constraints.

But Rajeev Sharma, CMD of Rural Ele­ct­­rification Corporation Ltd, insists that more safeguards have been put in place to ensure better compliance this time. “Uday provides a fiscal discipline roadmap for fin­ancial borrowings,” he says. “Earlier, discoms were funding their losses through fresh borrowings. Uday has ensured that state governments have to bear the losses and not refund the discoms from banks or other financial institutions. The state discoms can now borrow only 25 per cent of the previous year’s revenue.”

“This is not different from our schemes such as the financial restructuring scheme of 2012. It is yet another case of rechristening.”
Jyotiraditya Scindia, Former power minister

According to Sharma, quarterly tariff revision in Uday is meant to ensure that discoms get compensated every quarter so they are able to reduce the gap between average cost of supply and average revenue realised to zero by 2019. For this, unlike in the past, there would be regular monitoring of operational efficiency by the chief secretary at the state level and by the power secretary at the Centre.

The facts on the ground, however, indicate that the lofty objectives of the latest bailout package may well go the way of earlier efforts unless implemented in letter and spirit. While power thefts and transmission losses have been reduced over the past decade by most discoms, industry experts say not one state can truly claim to have achieved the target of keeping it below 15 per cent.

Instead, debt held by power distribution utilities has mounted to around $64.6 billion—that, too, after clearing their earlier dues running into an unlovely tally of scores of thousands of crores. Uday seeks to convert up to 75 per cent of the present dues into bonds, with all interest payments and redemptions becoming the state’s responsibility.

“Uday is yet another experiment in imp­roving the financial health of the power distribution utilities through a largesse that may well end with the states left with little money for other socio-economic projects or schemes,” warns S.L. Rao, former chairman of the Central Electricity Regulatory Commission. “The whole scheme hinges on the assumption that the state electricity boards (SEBs) will be able to contain the AT&C (aggregate technical and commercial) losses. They should be asked to come up with a plan detailing how they propose to manage it on a monthly basis. Their efforts should be monitored and accounts aud­ited. But I don’t see the states or the Centre doing any of that.”

“If the outcome of the earlier three schemes with similar monitoring mechanisms is any indication, Uday could well go the same way.”
V.K. Garg, Former CMD, Power Finance Corporation

Despite all the stakeholders and states having been consulted ahead of the scheme’s launch, Jayalalitha has sought central subsidies for the turnaround of the Tamil Nadu SEB. What if a few other states follow suit? Even who the eventual beneficiaries will be is unclear. Some sceptics maintain that it’s the banks that will benefit in the long term as suspected non-performing assets will now be converted into bonds to be redeemed 10 to 15 years hence. Others say consumers will be able to get cheaper electricity after discoms’ operational costs come down with the easing of their interest payment and debt repayment burden.

Ultimately, though, there is a cost that the states and hence the consumers will have to bear. Ditto for banks which will now earn only 8-8.5 per cent interest on loans that had been disbursed at 12-13 per cent int­erest. “States, in a way, will be taking on all the liabilities of the discoms, which is probably not the best way to look at a commercial sector,” says former power secretary Anil Razdan, pointing to the presence of several private players in states like Orissa and Delhi. In short, that would be ‘nationalising’ private debt.

If the states fail in their commitment to review the progress of reforms, after a point it will start affecting funds marked for other development programmes in their budgets. Losses have persisted so far, despite a major focus on monitoring, because of the lack of penalty clauses with bite, points out V.K. Garg, former CMD of Power Finance Corporation.

“Conditions that they have imposed have no penalty clause except a change in the status of the bond from DSR to SLR, which will reduce availability of funds unless the discom improves tariff collections,” says Garg, who is also upset with the power minister’s recent statement promising a ‘one nation, one grid, one price’ plan soon. The plan, in effect, will do away with the need for a regulator as there will be no competition despite the presence of more than one discom as in Mumbai—one of the key reforms introduced during Atal Behari Vajpayee’s tenure through the Electricity Bill of 2003.

The current scenario is bleak because, despite power being available, most discoms are not in a position to purchase it. It follows that, given the outcome of the central government’s past three attempts at turning around the discom story, most experts are sceptical  that Uday will bring light at the end of the tunnel.

The Hunt For The Last Tipple