This Way To The Fall

Mamata’s intransigence in Jangalmahal will bear a bitter fruit 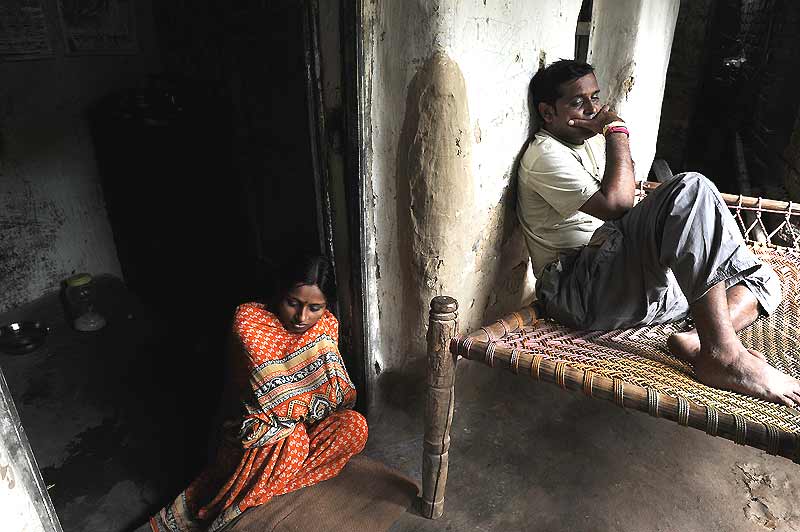 Law Of The Jungle

“She has bitten the hand that feeds her. And she has bitten more than she can chew.” The words of Tilak Chowdhury—elder brother of Shiladitya Chowdhury, the farmer who was branded ‘Maoist’ by Mamata Banerjee and put behind bars for accusing her of making false promises to common people at a rally in Belpahari—were nothing short of a caveat.

Speaking at their hut in Nayagram village in Maoist-affected Jangalmahal (an area that spans three districts in southwest Bengal—Paschim Medinipur, Bankura and Purulia), he issued a dire warning: “It is we who put you up. And it is we who can put you back down. So mend your ways.” On this rain-lashed August afternoon, Tilak’s tearful eyes reflect the gray clouds louring over the surrounding forests. Before breaking down, he could only whisper, “My brother is innocent. Release him.” The sweeping winds seemed to carry his words across Jangalmahal, for echoes of that voice could be heard everywhere. The people of Jangalmahal have had enough of being branded Maoists.

At Muransol village near Belpahari, a man who attended Mamata Banerjee’s rally on August 8, said, “We worshipped Didi here in Jangalmahal. She was like our saviour. But Shiladitya’s arrest has turned opinion against her. We made Didi chief minister. We braved the Maoist threat and went and cast our votes to overthrow the earlier regime. The Left Front government jailed our innocent boys and girls, falsely accusing them of being Maoists. The same thing is happening again. We cannot allow that. If it continues, we will get rid of this government too.” Declining to be named or photographed, he added, “When the Left was in power, the police would pick us up if we spoke against the government to the press. If our photos appeared in newspapers and magazines, they would search for us in the villages. They would take us in custody and torture us. We lived in constant fear of being branded Maoist. After the TMC government came, we thought that would end, but now we are more afraid to express our opinion.”

Amidst instances of erratic behaviour and perceived failures, taming Maoism in Jangalmahal was one of Mamata’s successes.

Given the multiplicity of voices unified in dissent and censure—on August 13, the state human rights commission asked the government to pay compensation to the two men indicted in the cartoon controversy in April and initiate departmental proceedings against the police officers who arrested them—one wonders if Mamata Banerjee is listening. Ironically, in recent performance appraisals after she completed a year in office last May, Mamata’s deft handling of the Maoist issue in Jangalmahal was considered one of her two successes (the other is pacifying separatism in the Darjeeling hills). Beset by cries of failure on issues like extracting a bailout package from the Centre despite being the upa’s largest ally, and the inability to attract industrial investment because of the lack of a hands-off land acquisition law, the killing of top Maoist commander Koteshwar Rao, alias Kishenji, by the police and the simultaneous success of a carrots-and-sticks policy against Maoists earned the TMC government some sorely-needed credit. Considered the turning point towards extirpating the ‘Maoist menace’ in Bengal, PM Manmohan Singh and former home minister P. Chidambaram heaped praise on her. Even the populace, often voicing their displeasure over many ‘shortcomings’ and her ‘impulsive’ style of governance, admired Mamata’s toughness. In Jangalmahal itself, tribals and villagers heaved a sigh of relief.

So while Mamata continued to intermittently—sometimes inadvertently—test her considerable goodwill with her impetuous bluster (other than the cartoon row, she walked out of a television interview after claiming that a university student was a Maoist when she asked the CM tough questions), her success in Jangalmahal was a silver lining.

Dilip Mustafa, who works at the mosque in Belpahari, says, “We used to live in constant fear. We dreaded the sudden visits at night of the Maoists. They would put up posters on the mud walls of our huts to observe ‘orondhon’ (bandhs when villagers were forbidden to even cook). Didi has delivered us from those dreaded visits. We welcome the killing of Kishenji.” But he adds that innocent people ought not to be labelled Maoists.

The return of fear in the forests is taken note of by Calcutta’s intellectuals. Thespian Kaushik Sen makes the singular observation that “all the symptoms that preceded the downfall of the Left government is now showing up again. Civil society is not happy. The people are fearful. This does not augur well for the future of the government.”

Contempt begets arrogance. As if in answer to the human rights commission’s rap, Mamata’s latest salvo was hurled against the judiciary, which, she claims, is corrupt, with judgements “being purchased” with impunity. Judgements that went against the TMC government included the Calcutta High Court’s annulment of the Singur Land Act. Interestingly, Shiladitya has been denied bail and is languishing in a Paschim Medinipur jail. His wife, a 23-year-old with two small children, is inconsolable as she waits for the bread-winner of the family to return.

Mamata, and her agenda of ‘poriborton’, has travelled to remote corners of the forests, in villages bordering Jharkhand. The winds of change had graced these parts too—TMC flags flutter at Simulpal, one such border village. A group of TMC workers gather to discuss the latest developments after Didi’s visit to the area. Local TMC leader Dipankar Dutta sings her praises. Suddenly, he drops his voice, looks around and whispers, “Some months ago Didi has solved the problem of Jangalmahal. You know what I mean, right?” Dipankar refers to Kishenji’s killing, and the subsequent taming of Maoists by security forces. “As you can see, this area is very close to the border. In the last meeting on August 8, Didi had come to Belpahari to ensure that the ‘problem’ does not creep in through the borders again. That man (Shiladitya) was trying to disrupt her speech.”

In nearby Nota Chuha village, boys like 18-year-old Netaji Hembrum remembers being heckled by the police during the Left rule on suspicion of being a Maoist even as he tilled his paddy field. He doesn’t want that to recur. A TMC supporter like most others, that day he attended Mamata’s rally at Belpahari. And when he saw a man being accused of Maoism, his old fear returned to haunt him. As he heads back home through the forest paths, he still speaks about how Didi ‘saved’ him and his villagers from fear. Mamata has found her way into the hearts and minds of some of the most deprived people in the state. But the paths that lead to them often cut through dense foliage, and are slippery even on days it doesn’t rain. It’s easy to slip and cut oneself in the jungle, and it’s easy to lose one way. Mamata must mind her steps.

The Seed That Bites