This Troll Has A Very Long Nose

Who bugged the internet? Why is the government so afraid that it’s resorting to stealth censorship? 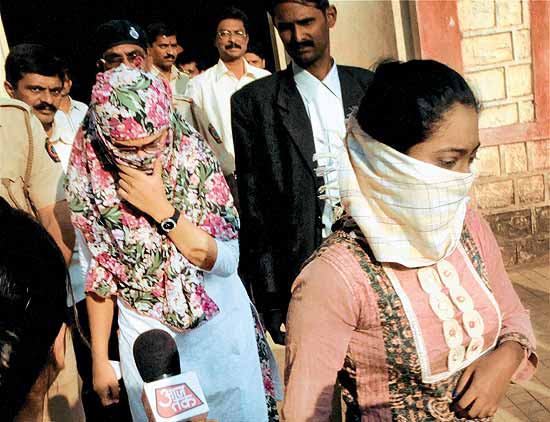 IRONICALLY, the random arrest of people for tweets or Facebook postings made some of us happy—happy that, at last, citizens have started showing concern about internet censorship. But lock-up gates had to clang at night on the faces of a few people before we realised that, in our pompous democracy, the might of the state is Ctrl-Alt-Deleting opinion with such serious zeal. The arrests have been made under Section 66A of the Information Technology (Amendment) Act, 2008, notified in October 2009. This section makes punishable with up to three years’ imprisonment anything that is perceived as “grossly offensive” but does not set out the parameters of how to decide on that—even if we were to believe that could at all be done. Questions about these arrests are deflected: the government blames the police, the police says a vague law is the problem, and those who file the complaints that lead to such arrests say that they are free to seek enforcement of an existing law.

Anyone can see that the  section is not designed to nudge a case towards a conviction verdict. It is designed only to harass. Arrests, courtwork, bail. You are ground down, but the government spokesman is able to say, “The law is taking its own course.” The implication: “Aren’t you grateful you have obtained bail?” But the recent arrests have caused outrage. Taking up a PIL against the section, the Supreme Court had said in December that had it not been filed, it would have taken up the matter anyway. Despite this, the government defended the section in the Rajya Sabha, refusing to repeal it and merely adding guidelines that such arrests should be made by an officer of a higher rank—as if that would make it better.

Section 66A is only one of the four heads of the monster. The other three relate to: a) “Intermediary liability”; b) blocking of websites; c) bullying social networking sites into removing content. “Intermediary liability” simply means that intermediaries are liable for content published. If you write a comment on my Facebook page, I am an intermediary, as is the company owning and running Facebook. This brings about private censorship: anyone can send a take-down notice to a social network company for content published anywhere on it, by anyone. The Centre for Internet and Society, Bangalore, sent such notices to various websites and they readily removed what was sought to be removed. In one case, they asked a website to remove a particular comment about an article on Telangana. The website obliged by removing the whole article. Who wants to waste time running around the courts?

As for blocking websites, the department of information technology simply asks Internet Service Providers to block access to a website or a webpage. Secrecy is sought—the isps are asked not to mention the websites blocked even in their internal and compliance reports. The isps usually acquiesce. At a recent conference, a representative of an isp wondered how the government could have demanded the blocking of the YouTube video of a Times Now announcement of the death of Bal Thackeray. An estimate based on RTI applications, leaks and research by hacktivist Anonymous is that some 700 websites have been blocked. You only have to imagine that the government has banned 700 books surreptitiously to realise how seriously the right to freedom of expression is being suppressed. The surreptitiousness means there is no information, no public debate, no criticism of the government.

Government authorities at various levels and in many places across India ask Google and Facebook to remove content they decided was not suitable for posting. Rarely was this done with any legal justification. Remove it because we don’t like it: it’s as peremptory as that. Google’s transparency reports show that Indian authorities regularly ask it to remove content that is critical of politicians. “We received requests...to remove a blog and YouTube videos that were critical of chief ministers and senior officials of different states,” said a report last year. The government has in this manner expunged as yet unknown quantities of our words, images and videos from the internet.

But why? The internet, after all, was a panacea, the digital juggernaut to flatten the world to our advantage, the harbinger of global dreams. When did it become a monster to be controlled? It started with blogging. Two bloggers got defamation notices on e-mail, requiring removal of blogposts about an educational institution. The bloggers responded by publishing the defamation notices on their blogs together with their responses. The institution asked the employers of one of the bloggers to fire him. He resigned. That was in 2005, in the brief golden era of blogging, now replaced by the oxymoronic brief-volubilities of Facebook postings and Twitter-chatter. Those days, it was common knowledge that bloggers were getting offers for columns and books. What wasn’t so well known is that they were also getting job offers from web marketing companies. Inter alia, they were to be the online reputation managers, trawling the internet for anything negative being said about the company and responding to such material, usually with politeness. A mobile service provider, say, would respond to criticism with “How can we help you resolve this?”. They realised the internet was a place for conversation, and a new profession—social media management—was born. Yesterday’s oral wisdom became the online wisdom of today. The word magnified itself, borrowing power from the search engine. In a way, it was a Marxist revolution: the labourer getting control of the means of production, the writer becoming his own publisher and marketer. The corporate media and its footsoldiers still shape discourse but have lost their monopoly in doing so to bloggers, opinionators, serial letter-writers and loose-cannon critics.

That the views of the government and the mainstream media on internet control are aligned is dangerous. It helps peddle the idea that a fettered internet is better.

Mainstream media, too, felt the onslaught. In the US, a news anchor lost his job to blogospheric criticism. At one point, I tried to keep count of plagiarism scandals exposed in India by bloggers. Not used to criticism, the self-important Indian journalist was getting it in double scoops. A lot of it was fair, a lot of it was unfair; it was often ideologically driven, at times from the right, at times from the left. As funny as it was likely, many of these bloggers were journalists. Don’t Trust the Indian Media, Desi Media Bitch and War for News were blogs run by journalists, often anonymously. The fragmentation of blogging culture into social media only made the volume of criticism larger. People responded to things like the sensationalist TV coverage of 26/11 with such anger that it hurt. The media wanted to ignore the Radia tapes story, broken by Outlook and Open, but social media anger ensured they had to respond.

Since 2006, I have been asked the same two questions over and over again on TV channels: “Why is there so much abuse and hate on the internet?” and “Why should the internet not be subjected to the same laws as the mainstream media?”. The first objection selectively focuses on one aspect of the internet—trolling, or persistent abusiveness—which is as old as the internet itself. An inability to understand the internet and the thin skin of some media celebs is to blame. Some media celebs complain as if they are the only targets. The fact is, it cannot be that there is no legitimate, reasoned opinion on the internet. There is room in society for humour, wit, sarcasm even. But by complaining exclusively about trolls, you subtly help shape a pro-censorship public opinion.

The answer to the second question is that, not only has the internet always been subject to the Indian Penal Code and the Code of Criminal Procedure, a certain Information Technology Act has existed since 2000 (an amended version came later) and is now widely being recognised as being draconian and anti-free speech. Now that we have reached this pass, media celebrities are giving out the apologetic “Censorship is bad but...” line.

While the media has been worrying about how “anyone can say anything on the internet” for more than half a decade, it is only in 2011 that the political class came to the same conclusion. It is no coincidence that that was also the year when the Jan Lokpal campaign mobilised people and opinion online in a big way. In December 2011, Outlook reported on the sort of material the government wanted Facebook and other companies to remove from the internet. There were anti-corruption posters first seen at Anna Hazare’s Ramlila Maidan campaign. Infamously, the Maharashtra police got a domain registrar to take down cartoonist Aseem Trivedi’s website of anti-corruption cartoons and arrested him. That the political class started worrying about the internet was proof that the internet was mainstream; no longer is it the new media. The alignment of the government and the organised media’s views on the internet was seen, for instance, in their coming together to peddle the lie that social media caused the brief exodus of Northeasterners from Bangalore. It wasn’t the internet; it was SMS and word of mouth.

Unlike celeb editors, politicians have to contest elections, a big one in 2014, and social media consultancies are already winning new contracts. Perhaps the political class will see reason and learn to live with the internet. And will TV journalists learn? Let’s find out by SMS-ing ‘Yes’ or ‘No’.