Nawaz Sharif’s outburst is the gambit of a man pushed into a corner. The Pakistani army has a pugnacious opponent. 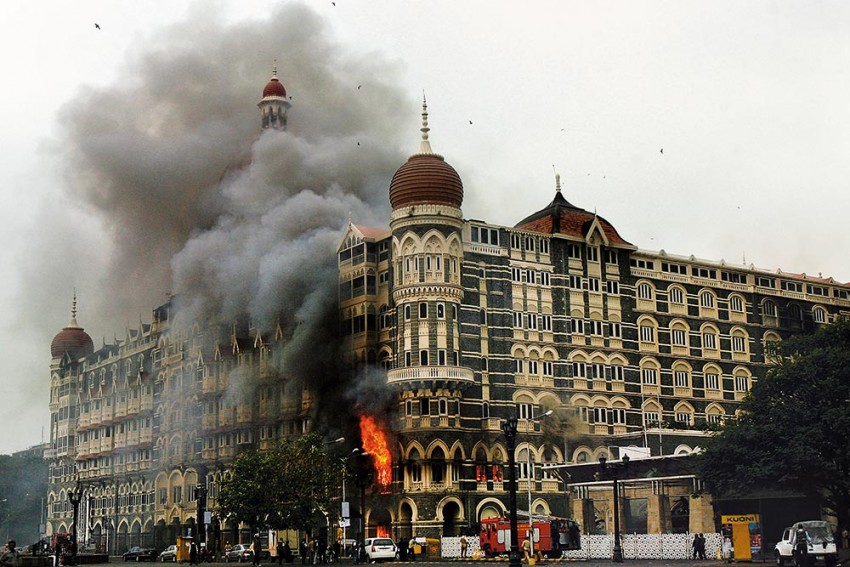 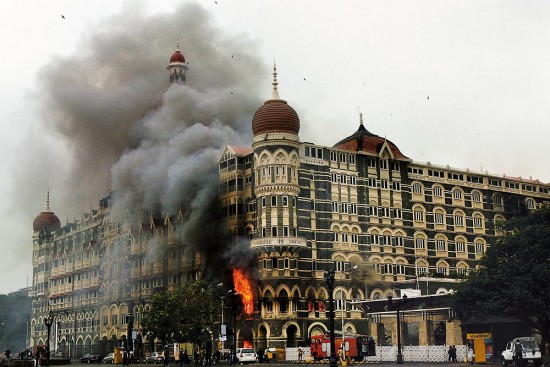 Pakistani political leaders and army generals are mostly locked in a doomed, Daedalian relationship. Its 70-year hist­ory is rep­lete with instances of politicians who were once pro­pped up by the military being entangled in tussles over power-sharing with their backers. Invariably, they ended up as bad losers to the men in uniform.

Zulfiqar Ali Bhutto, the Berkeley- and Oxford-educated politician is perhaps the most conspicuous example.

As foreign minister to dictator Gen Ayub Khan, the suave politician was a chief arc­hitect of ‘Operation Gibraltar’ in Kas­hmir that led to the 1965 India-Pakistan war. On being sacked, Bhutto launched his own political outfit, the Pakistani People’s Party and later played a key role in discre­diting Ayub, leading to his ouster. Subse­quently, Bhutto managed to outsmart Gen Yahya Khan after Pakistan’s disastrous def­­eat in the 1971 war, even though he played a starring role in the intransigence that led to war and dismemberment. With Yahya’s inevitable exit, Bhutto managed to bounce back as Pakistan’s most popular leader. He ran the country, initially as president and later as prime minister, for seven years. Then, he fell foul of Gen Zia-ul-Haq, whom he had appointed army chief. Gen Zia had him thrown out of power in 1977; two years later, he had Bhutto tried under ‘Operation Fair Play’ and executed him.

In subsequent years, Bhutto’s daughter Benazir also paid the maximum price when she opposed the then generals in office; the more fortunate ones only had to give up their political careers. However, irrespective of the politicians’ fate, the military establishment remained unaffected, their reputation unstained.

The fate that now awaits Nawaz Sharif, a three-time PM and undoubtedly Pakis­tan’s most powerful civilian leader, whose recent pronouncements have incurred the army’s white rage, is therefore being keenly watched in the subcontinent.

“Militant organisations are active. Call them non-state actors, should we allow them to cross the border and kill 150 people in Mumbai?” Sharif asked in a interview to English daily Dawn. “Why can’t we complete the trial? It is absolutely unacceptable.... President Putin has said it. President Xi has said it,” he continued.

Predictably, in India, the remarks were pounced upon by the government and commentators, who felt they vindicated what India had been strenuously rep­eating for nearly a decade.

Sharif’s remarks must have horrified the Pakistani military and its ‘deep state’, the Inter-Services Intelligence (ISI). Not only did the former PM red-flag the cozy relationship Rawalpindi enjoyed with terrorist outfits based in Pakistan and operating from its soil against India and Afghanistan. It also highlighted how such illegality und­ermined the civilian government’s position while dealing with neighbours.

What must have rattled the military most was, in fact, Sharif’s emphatic stress on the need to have one, and not several, power centres. “There can be only one government—the constitutional one,” he said. The former prime minister added he was unable to undertake any reforms from the very beginning, as attempts were made to destabilise him. “This has to stop,” he said exasperatedly. 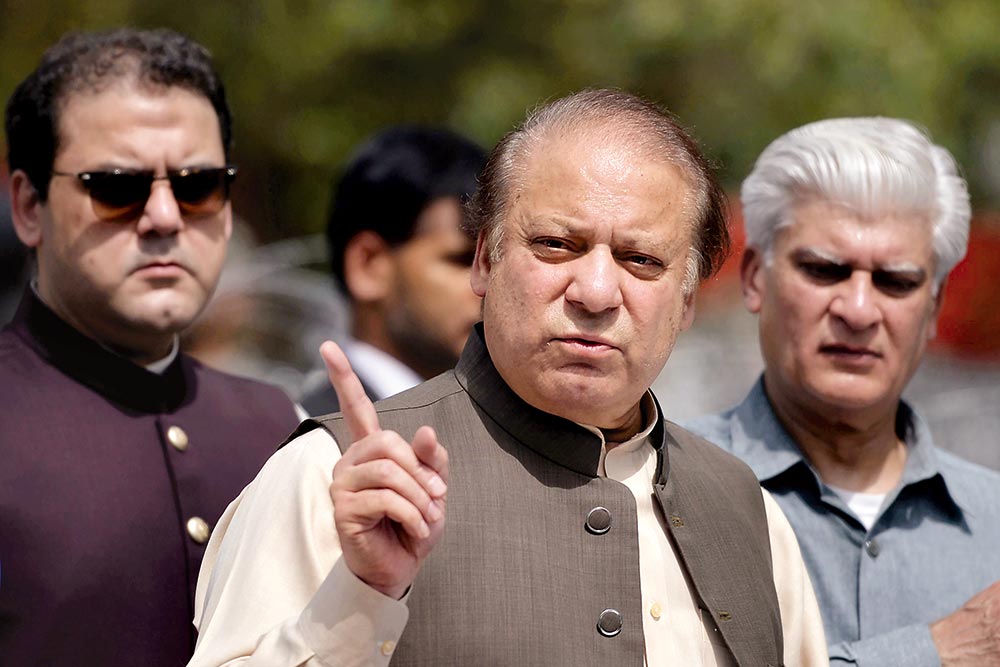 The US, China and Russia have criticised Pakistan for harbouring terror; Pakistanis are also fed up with the carnage. Sharif is telling the army top brass that he is no push-over.

Pakistan’s top generals, the main arbiter of Pakistan’s foreign and security policy, especially regarding India, are extremely conscious of the army’s status as the one stable national institution among most Pakistanis. “The army is very sensitive about its image as the unsullied defender of Pakistan’s interest,” former Indian diplomat Vivek Katju observes. Sharif’s comments were a dangerous bait.

Significantly, Sharif largely owes both his family fortunes and his rise in politics to the army. Handpicked by Gen Zia as finance minister in the Punjab government in 1981, the dictator’s death in 1987 only cemented Sharif’s position as the army’s chosen candidate to counter the rising popularity of the Bhutto siblings.

In the ’90s, Sharif became premier twice—in 1990 and then again in 1997. Needless to say, he was staunchly backed by the army and the ISI. Then, in what must count as hubris in a Pakistani politician infected Sharif—he tried to pursue an independent line. At the end of the 1999 Kargil War, he tried to dismiss army chief Gen Pervez Musharraf for the misadventure—someone he had promoted over others. It led to a coup by the army; Sharif was ousted from power. Musharraf took charge and remained dictator for nine long years, scuttling several attempts by Sharif to return home from exile in Saudi Arabia. It was on Riyadh’s intervention that Sharif finally managed to return, but his relations with the army, especially Musharraf, remained testy.

After he won a decisive mandate in the 2013 parliamentary election and became premier for the third time, Sharif had con­stantly tried to curtail the army’s over­bearing power. His attempt to put Mus­h­arraf on trial on charges of treason did not go down well with the military, irrespective of their reservations on their former chief’s high-handed attitude in running the country. But the unprecedented move to try an ex-army chief on a charge that carried the death penalty turned most key members in the military against the PM.

Then there is India, Pakistan’s perennial bogey. Sharif’s decision to come to Delhi when invited by Narendra Modi for his swearing-in ceremony in 2014, as well as subsequent events, were seen by the generals as attempts by civilian leaders to engage with India by bypassing them. Modi’s unofficial arrival in Lahore in Dec­ember 2015 on Sharif’s birthday made the army wildly apprehensive—perhaps a deal was on the offing without their kno­wledge, they must have thought. Sharif was certainly not being pliable enough.

Attacks by Pakistan-based terrorists during Sharif’s tenure at the army camp in Uri and later at the IAF base in Pathankot were thus seen by observers as the Pakistani military scuttling att­empts by India and Pakistan to have a sustained, peaceful relation.

Other developments have also had a hand in Sharif’s outburst. Though the US had been publicly criticising Pakistan for its links with terror groups, China and Russia also repri­manded Islamabad beh­ind closed doors for its open house policy on terrorism. All this has serious financial implications for a country teetering on the edge of a huge foreign debt. Further, a decade of unremi­tting carnage in politically crucial Punjab and elsewhere has turned Pak­is­tanis aga­i­­nst terrorists, inc­luding home-grown ones.

“This is happening because the mood in Punjab has changed and the military knows it and so does Nawaz,” says Pak­is­tani strategic affairs commentator Ayesha Siddiqa. “He now wants a new power equation, both internally and externally.”

The army has been trying to target and marginalise Nawaz since the Panama­gate scandal involving him and his children came to light last year. But the military establishment is not content with keeping him out of power—which it managed to do through a court ruling. The former PM’s attempt to hit back at the army stems from his own need to survive. The court ruling was extended to ban him for life from political activities. What we see now is Sharif trying to tell the Rawalpindi top brass that he is no push-over.

In a few months, Pakistan will be holding its parliamentary elections. The political tsunami that Nawaz’s remarks have unleashed in Pakistan is thus und­erstandable. As the fast-paced developments in Pakistan unravel, seasoned Indian diplomats advise caution and patience. India should not get too dir­ectly involved in this internal scrimmage and defuse the important que­s­tions Sharif has raised, they say.

But does Sharif’s fate hold something different from the others who dared to take on the Pakistani army? The coming months could provide an answer in several acts on the stage that is Pakistani power politics.