Home  »  Magazine  »  National  » Cover Stories  » Interviews  » Cover Story »  "This Is Participation In A Militant’s Funeral, It Has Never Happened Before."

"This Is Participation In A Militant’s Funeral, It Has Never Happened Before." 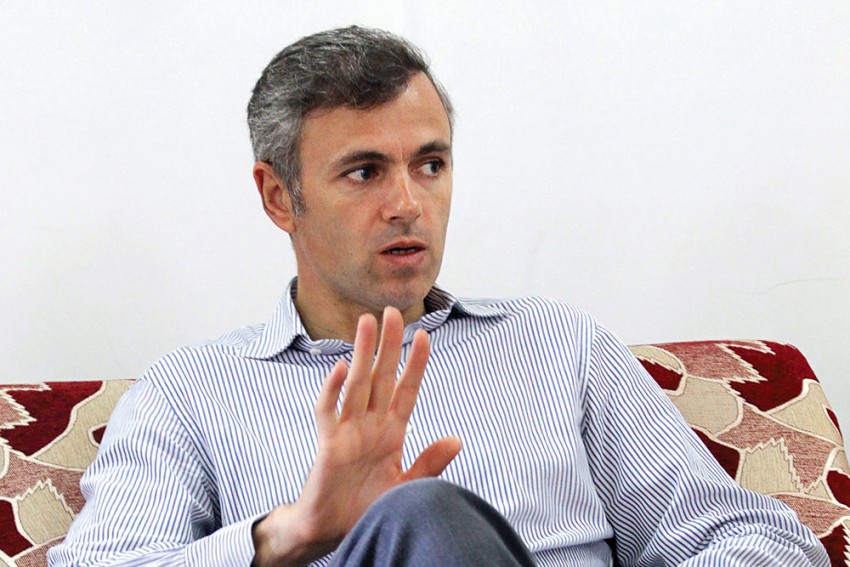 Photograph by Getty Images
Bula Devi July 15, 2016 00:00 IST "This Is Participation In A Militant’s Funeral, It Has Never Happened Before." 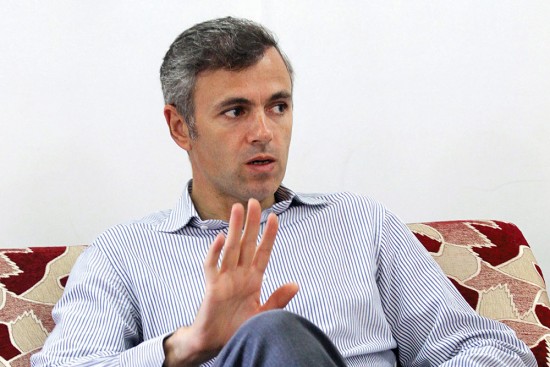 Omar Abdullah was at the helm as chief minister of Jammu & Kashmir six years ago when 120 youngsters were killed. He spoke to Bula Devi this week on the upsurge following Burhan Wani’s killing. Excerpts:

Other than the fact that there are street protests leading to protesters dying, everything else about the situation is very different. The origins of the protests in 2010 were in the Machil fake encounter and demand for justice. That’s what triggered the street protests and unfortunately when we had a couple of casualties, it got worse from then on and the basis of that protests was demand for justice. That protest was still led by separatists, a calendar was issued by the separatists calling for protests; the traders and the bar association were involved in support of the protests.

Today, none of that happened and there are no demands. It is spontaneous, and even Syed Ali Shah Geelani’s call for an end to protests and not to attack the police and government properties has been ignored. So the current protest has a life of its own, and see the extent of the spread and the intensity. So the fundamental difference is 2010 was about the demand for justice and 2016 is just about anger. This is participation in a militant’s funeral which has never happened earlier.

What about Ashfaq Majeed Wani, a militant in whose death a similar spontaneous response was witnessed in 1990?

But since the return of an elected government in 1996, this kind of a situation was never witnessed. So while there are similarities in protesters dying, everything else that we see today is different.

The number of killings was much higher in 2010 than this time yet the ground swell is huge. What do you make of it?

You are comparing chalk and cheese. 2010 was a long drawn agitation of four months which culminated with the visit of President Barack Obama. The fact is that he said nothing about Jammu and Kashmir in his press conference in Hyderabad House. Otherwise, the agitation was kept alive keeping in mind his expected and anticipated visit to India in the hope that this would internationalise Kashmir and it was done by design, both from inside as well as outside the country. Why I say this because soon after his visit ended the graph of violence immediately dropped. Today, that situation doesn’t exist; it's a reaction to the encounter.

What did the people see in Burhan that they rose like this?

Unfortunately, it was the mainstream media, social media as well as, unfortunately, even elements in security forces and police played a  part in glamorising him to a certain extent. So it is not surprising that 1. 5 or 2 lakh people attending his funeral and 45 other funerals taking place in absence of their bodies. At least I am not surprised. But what worries me is that did the state government and intelligence apparatus fail to anticipate this sort of reaction? Or, having anticipated this, did they fail to prepare for it? After all, primary intelligence is with the state government, they have the widest spread apparatus with CID and all.

It is felt that in 2010 the government could have contained the situation but they just allowed it to become bigger?

We were not willing participants in what happened. In 2010, we had no lessons from which we could draw to deal with a situation like this. One couldn’t have drawn lessons from 2008 because it wasn’t like 2010. But today you can draw on the lessons one learnt from 2010. But I don’t think we learnt, otherwise why did the situation come to this level?

After 2010, we had systems in place; we had well drafted SOPs that had been issued, we had well practiced drills for coordination between the state police, paramilitary forces and even the Army to manage crowd control and to check the flow of people from rural and urban areas, to cut off protest points, use of non-lethal force, etc. These SOPs were put in place during Afzal Guru execution and that is why we didn’t see a situation like this emerge then. I am surprised that the same police officer, who is in charge today was also on the ground in 2010. It seems that the last few years of relative calm has also evolved into a sense of complacency.

Why should any government be complacent and let it happen like this?

Nobody is complacent on purpose but complacency creeps in. If we learnt anything then, why did we allow the situation to come to this level? We look at Jammu and Kashmir when it is burning and the biggest complaint of separatists to mainstream people is that we only get the attention we deserve when the place is burning. Now everybody will wake up to the problem in Kashmir, they will discuss a whole range of issues from alienation to anger among the youth to political aspect of the problem. But, none of this will be talked about when things are peaceful. Everyone takes their eye off the ball and we are forgotten.

In office and outside office, I have constantly been making this point that don’t make the mistake of treating making Kashmir or the issue of Jammu and Kashmir as an economic or social problem; it is a political problem. Of course, there are elements of economy in it, joblessness, some aspect of governance. But at the end of the day, these protests are not about unemployment, they are not demanding jobs. They are talking about politics.

Over the last few years, the political dimension of the problem of Jammu and Kashmir has been wished away. The initiative that was started by the previous government, the Track II dialogue that P. Chidambaram had started with the separatist leaders had died away because one newspaper published details of the dialogue on Page 1 with the address of the safehouse in Lodi Colony (in Delhi) etc and the dialogue died. After 2010, we put in a lot of effort with the interlocutors and the interlocutors’ report was sent to Delhi. Even today Chidambaram will say that his biggest regret is that the report hasn’t been placed before Parliament.

Is it fair to side with the Congress and criticise the BJP on this?

It is true that the end phase of UPA II also let us down. A lot was done in UPA I and beginning of UPA II but in the last few years of UPA II, they could have done something but they didn’t. I think when the graph of the UPA II started going down and they were facing all kinds of troubles with the CAG, Jammu and Kashmir was not on their priority list as it should have been.

So what do you suggest?

I have nothing to suggest. I told the home minister that when the cycle of deaths stop then we can talk about what needs to be done for the future. Right now they have to make sure that the protests are contained with minimum loss of life.