This Breezy Grove Of Academe

JNU was a haven of tolerance, open debate and pluralism. Its alumni recall their days spent on its vibrant campus. 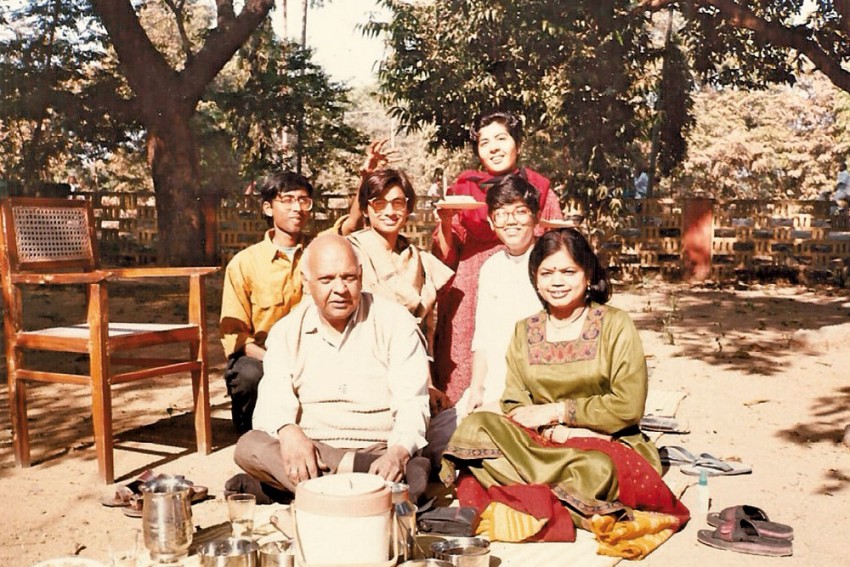 One Family
Kalika Bali with friends and professors at JNU in 1994
Priyadarshini Sen February 19, 2016 00:00 IST This Breezy Grove Of Academe 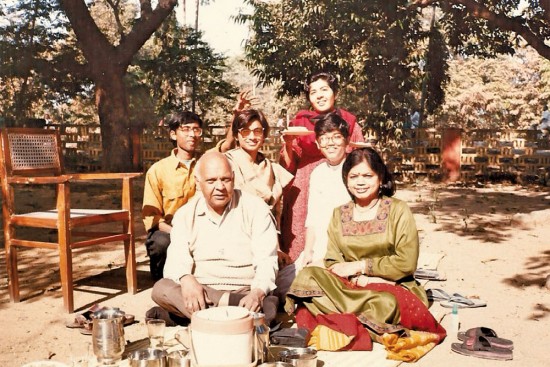 Jhelum, a former student of English at Delhi’s Jawaharlal Nehru University, recalls an evening stroll to the Parthasarathy Rocks where she spotted a nilgai looking at her quizzica­lly: an epochal moment in her life. “It’s an urban legend in JNU that if a nilgai crosses your path and looks into your eyes, you are destined to stay on campus for a decade. So that was it,” she says. In this melting-pot of wildly diverse political/ intellectual streams and social backgrounds, often lampooned as a world of lotus-eaters who live life to their own rhythm and rules, Jhelum found herself at ease for seven years. “When I first came to the campus in summer, it seemed dry, angry and orange, but a month later JNU had turned a lush green embracing you with open arms. That’s how varied it can be,” she rem­embers fondly. A more recent walk around campus brought back warm memories of charged-up debates aro­und the role of Marxism or of post-col­onialism; of street plays, learning the intricacies of history or development economics in classrooms, student politics, evening sojourns at Ganga dhaba or the occasional midnight snack.

The sprawling green campus, with aesthetic but no-frills red-brick architecture built around a natural Aravalli landscape, has been a haven for students for generations. It’s a place where one learns as much outside the classroom as in it. Being foun­ded on a core of liberalism means it sets up a natural space for dissent; for being heard, learning to ask questions and dev­el­oping a capacity for reasoned arguments.

Set up in 1969 by an act of Parliament, the institution has turned several attrition-filled pages—right from the days of the Emergency when the state swooped down on the campus and arrested students on false or trumped-up charges, to student protests against the Congress government in 1983 that had shut down the university over two semesters. In 2008, the JNU students union was ban­ned for not complying with the recommendations of the Lyngdoh Com­mittee. Kamal Mitra Chenoy, professor of comparative and Indian politics at the School of International Studies, believes the INS­titution has had a long left-liberal tradition of resistance to undemocratic behaviour. “During the Emergency, I was suspended from campus for three mon­ths and my PhD fellowship was forfeited for a while, so I was eating from the same plate as my then girlfriend, now wife. But there was a joke doing the rounds that I’m seen more on campus than ever bef­ore.” Chenoy, who was also the first vice-president of the students union, rem­embers how a convocation address in 1972 turned out to be quite a muddle. “The media was like—‘is this a convocation or a party congress?’ That was the first and last convocation we had. Thereafter, students had to go to the university office to collect their degrees.” 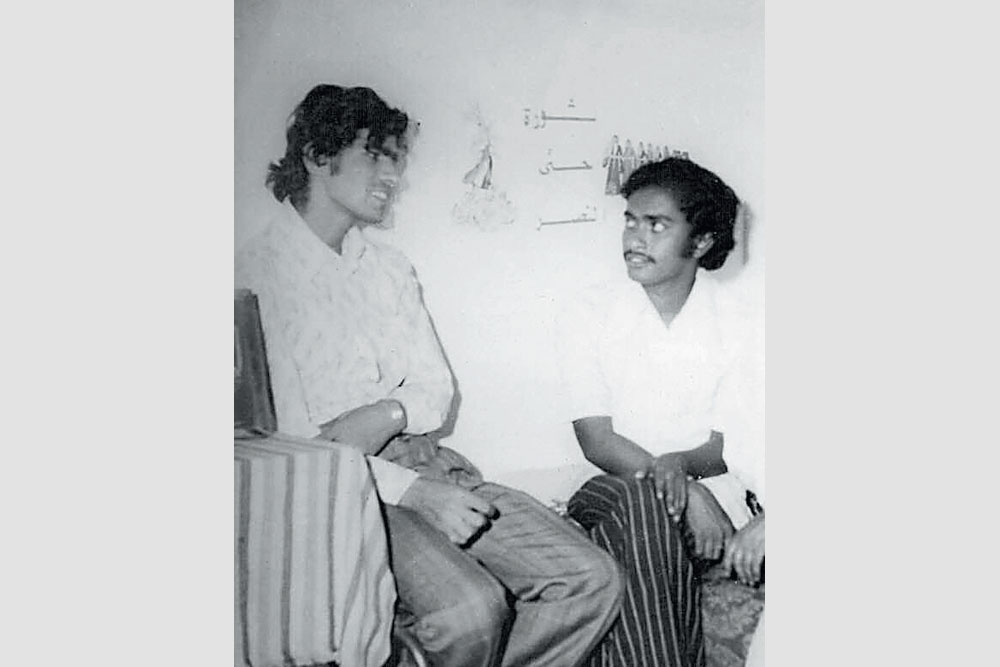 Open House Sanal Edamaruku with his Palestinian friend Yasser in 1978

During the Emergency, officers in plainclothes and those from the intelligence ser­­­vices would lurk around campus. Bal­v­eer Arora, who taught the first batch of MA students of political science in 1973, recalls, “It had always been the case that the police had to provide legitimate reasons for entering the campus, and would do so only if the administration provided access.” Gyan Pra­­kash, professor of history at Princeton University who completed his Masters from JNU in 1975, remembers two policemen on a reconnaissance during the Eme­r­gency days. “There was a student who’d drawn a picture of Marx on a window pane, and one of the police officers told the other: ‘This must be Guru Nanak.’ And they moved on.” The level of political engagement in JNU was most palpable during 1975-77, when the state decided to shut down the campus and ordered hostel rooms to be vacated. But students actually took over the campus, and started running the mess and library. Historian Rudrangshu Mukherjee believes those were challenging days when they learnt the strength of solidarity.

For former students, day-scholars and hostellers alike, JNU provided a stimulating environment to interact with people from diverse social and cultural back­grounds and forge lifelong friendships. Sheeba Aslam Fehmi, an Islamic feminist writer, remembers how the vibrant intellectual space naturally extended outside of the classroom, where students would invite teachers and ideologues to hold post-dinner discussions. “Very soon, we knew about the festivals of Assam and Kerala, the volatile situation in Egypt or about a protest movement by Muslim women in India,” she says. Libraries and dhabas stayed open all night, sexual crimes were unheard of, and there was space to be free without fear. Venu Rajamony, an IFS officer who’s currently the press secretary to the President, believes that the residential nature of the university helped make lasting friends, even with teachers who interacted freely with students after classes. For Kalika Bali, a researcher in computational linguistics with Microsoft, JNU was about having friends with different political leanings and worldviews, where there was space for rad­ical viewpoints and liberal ideologies to coexist. “It taught me how privileged students were to get an opportunity to realise themselves. That came as a big revelation.” 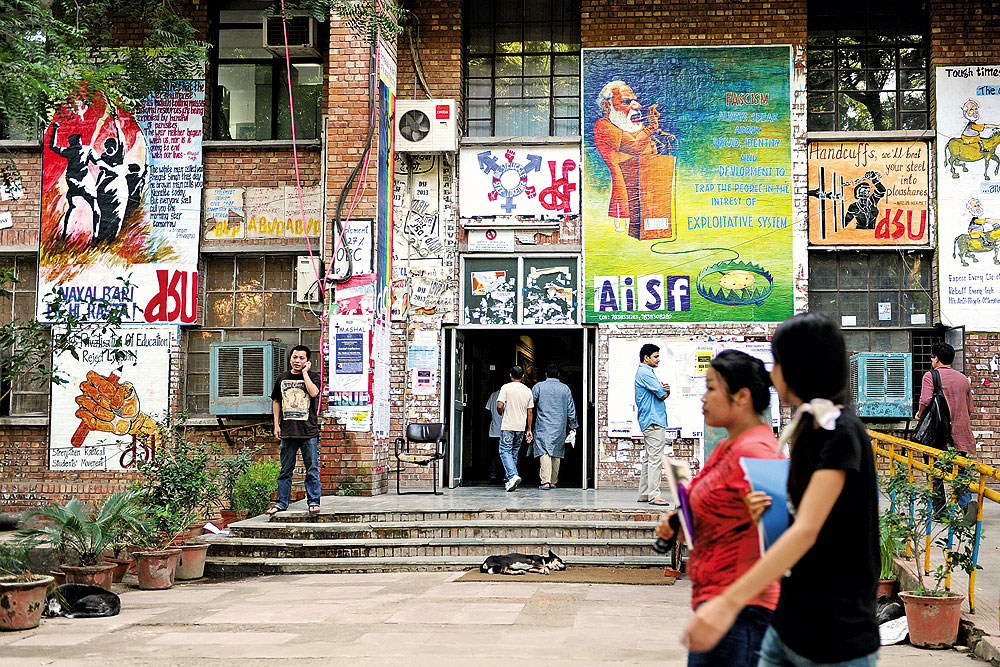 For others, campus life offered the possibility of breaking stereotypes and dissolving inhibitions. Udit Raj, a Lok Sabha MP who enrolled in the five-year integrated course in Ger­man in 1980, recalls that he had almost no knowledge of English when he joined. “On my first day, a senior student leader was rambling away and not understanding what she was saying, I answered in yes or no, hoping that was the expected answer.” In the coming years, Udit learnt to think in English, crammed in the libraries for hours or participated in open debates during late-night study breaks. Gyan Prakash admits that there was a sense that the place was different from most other universities. “There was value attached to learning of different kinds. One could hang out in the library and then go out for protests and discussions. Each was worthy of its place.” Biogerontologist Suresh Rattan, now based in Denmark, remembers vividly his M.Phil and post-doctoral days in JNU in the late 1970s and early ’80s, when regionalism and ghettoisation haunted him in the initial years. “While casteism was working in the background, the arrogance of some people did come to the fore at times. Coming from Amritsar, it was hard for me to gain acceptance, but later I felt a sense of belonging.” And even though many science students did not have the time to overtly participate in student politics, they did feel the warmth of left-wing intellectualism and free thinking. “I had friends in the social sciences and we would play music or watch world cinema tog­ether or debate,” says Suresh. While there was sufficient conversation, debates and discussions, there was never the need to get violent, admits Gaiti Hasan, a fellow of the Indian National Science Academy.

The vibrant campus has also been a refuge for many students over decades. Shahzad Ibrahimi, who has been living in JNU for nearly 25 years, is not only an Urdu scholar but has even set up his own eatery called Mamu Ka Dhaba, known for its special Bihar thaali and litti chokha. At the end of his post-graduation, Shahzad fell in love with a Hindu girl, married her secretly on campus and decided to stay on. “I came here from Bihar and fell in love with the politics and culture of this place. If there’s paradise on earth, for me it’s JNU,” he says. For Sanal Edamaruku, president of Rati­onalist International, who was charged with blasphemy by the Catholic Arch­diocese of Mumbai for his role in examining a claimed ‘miracle’ at a local Catholic church, his old alma mater became the last den of hiding before he moved to Finland in 2012 to evade arrest. “I remained in the hostel, protected by friends for 30 days. But I did manage to celebrate my last birthday in India at Ganga dhaba on a little rock, eating double roti and omelette with friends.” Ten days later, Edamaruku packed his bags and flew out of the country.

JNU has been a zone of intersection for thousands of students with different ideologies for years. Whether they acti­vely immersed themselves in its milieu of heated polemic, or merely passed thro­ugh as silent or even bemused observers, merely soaking in the habitat and partaking of its ethos in fragmentary ways. But no one stayed immune to the possibility it offered of challenging one’s own assu­mptions. No strand of opinion, however radical, was off the menu—as befits a place where ideas are in a state of const­ant incubation and ferment. Perhaps we should just respect this uniqueness.

By Priyadarshini Sen with Siddhartha Mishra and Stuti Agarwal