‘Things Will Change So Fast, It’ll Be Beyond Your Imagination’ 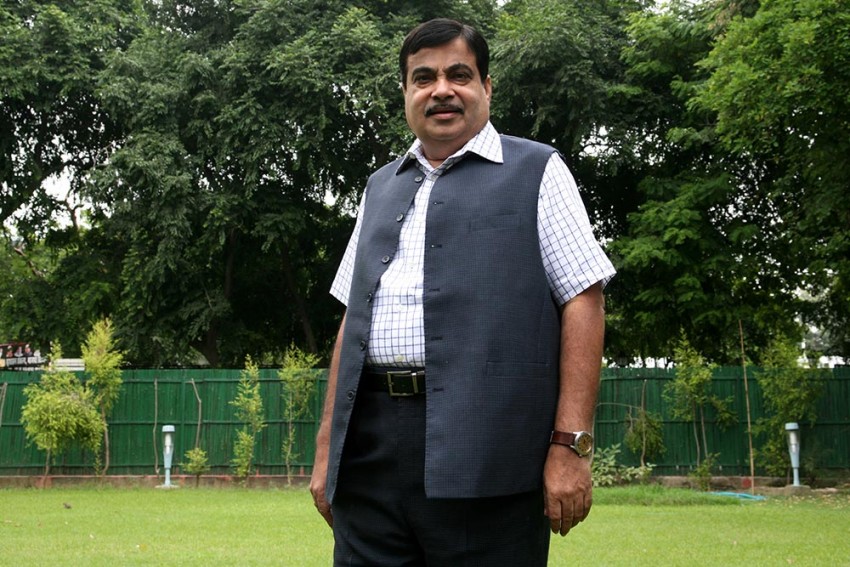 Photograph by Sanjay Rrawat
Zia Haq November 17, 2017 00:00 IST ‘Things Will Change So Fast, It’ll Be Beyond Your Imagination’ 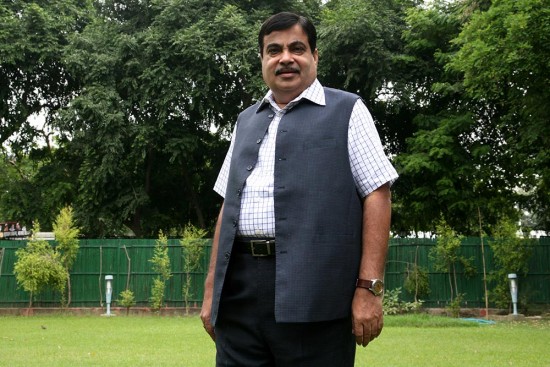 Few ministers are as enthused about a green economy as Nitin Gadkari, Union minister for road transport and highways, shipping and water resources. He recently jolted auto companies by saying they must move to an all-electric future or else he would force them to. In a conversation with Zia Haq, Gadkari talks about renewable energy, electric cars and waterway mobility. Excerpts from an interview:

India’s commitments at the 2015 Paris climate deal show the government wants India to be one the greenest economies globally. It’s ambitious. But is it achievable?

I will tell you what the government’s thinking is. There are two things you need to consi­der. One is the issue of green energy and then there is the whole question of pollution related to energy creation. Gradually, we will be ­going towards green power because ethics, economy, ecology and environment are important and related. Environment has been affected so badly that it has impacted public health. Now, coal plants are anyway a polluting thing, but the bigger problem is coal plants older than 25 years. These plants have a PLF (plant load factor) of 40 per cent. Let’s say if the electric cost (per unit of power) of newer plants is Rs 3, then the older plants have a cost of Rs 4.50. The older plants consume more coal and have a greater pollution rate. So, we need to close all power plants older than 25 years from an environment point of view. Alongside, we are moving towards green energy holistically.

Electric vehicles, your pet project, are a big part of this green push. What’s the status?

Let me tell you one thing. I have already done the first experiments. You should come to Nagpur and see what’s happening. That is a good way to directly see what’s happening. Already, electric taxis are fully operational in this city. We have 20 charging stations and we are installing 20 more. Additionally, there are 55 buses run on 100 per cent bioethanol. We are scaling it up to 1,000 electric taxis. So it’s a public transport revolution.

Come to ­Nagpur... Electric ­taxies are fully ­operational there. We have 20 ­charging ­stations and installing more.

By 2030, the target is to have an all-electric fleet. There are issues of taxation, incentives…even technology-wise, many manufacturers are still preparing.

We have reduced GST on electric vehicles to 12 per cent. Is there a bigger incentive? In Nagpur, these taxis are manufactured by Mahindra, Nissan and then there is Tata (Motors). Forget for a moment 2030 or 2025. Understand the logic of it. Say, you own a motorbike and you incur a monthly cost of Rs 3,000 to use it. Tomorrow, if you find this can come down to Rs 800, then nobody needs to even market any product. Consumer demand will be there automatically. Let’s say petrol is Rs 80 (per litre) and diesel is Rs 60 (per litre). In electric, the equivalent cost will be Rs 10. On top of that, it is pollution-free, cost-effective and an import substitute. The problem in making all this (electric vehicles) was that the lithium-ion battery was expensive, but now look how costs are coming down. Even as we speak, I know they have just come down by at least Rs 40-50 further.

We have targeted 175 GW of renewable power by 2022, of which 100 GW will come from solar. Besides, we need the ability to store it.

In the initial days, solar power was once Rs 16 (per unit) in states like Gujarat. Now it’s Rs 2.54. So, as production goes up, costs come down. More companies will come and bring more competition, which is a good thing. Now, all this has started on the ground. Electric cars and buses are already running, as I just told you. Costs will come down with competition.

A big component of our all-electric plan is public transport. When will state corporation buses change to battery?

There will be automatic demand when people will see the financial benefit. Let me tell you the strategic thing. Take electric bus and public transport. As I said, for every Rs 60 you spend on diesel, you will now spend Rs 10. What does this actually mean? Have you thought of it? We can cut passenger ticket costs by half. The public exchequer saves a lot. There are two types of tenders that have we have received. One is based on lithium-ion batteries and another is based on capacitors. One type of bus tender we have received has the following features. It requires railways-like charging, an overhead charging mechanism. The bus will pull into the bus stop and in three minutes it will charge up. With that, it can run for 36 km and that will take it to the next stop. Then there are other proposals for trolley buses. See, whenever we make a beginning, technological improvements follow fast, companies come and costs come down, competition goes up…all this has started. Now, charging stations are coming up. I told you about the developments in Nagpur. Let me tell you one thing. All these will happen so fast now that it will be beyond your imagination.

Our electric dream depends on domestic manufacturing of batteries, or else we will be only replacing our oil import bill with a battery import bill.

I understand there are about 22 to 25 companies which have showed interest as of now and started work on lithium-ion batteries.

More ­companies will come and bring more competition.... Costs will come down. All this has started on the ground.

What about work on storing solar power? That’s another game changer.

There has been a lot of work and research in this area too. Let me tell you something interesting. In Nagpur, there is a solar-based auditorium with a seating capacity of 2,200. So, it generates about 2 MW. When there are no events in the auditorium, it deposits power to the grid. It’s called banking. It’s like a bank account. Just like you deposit money in a bank and withdraw it when you need. So I deposit the unused power in the grid. When I need it, I withdraw it. There is a two-way metering technology that keeps the count. That’s it.

Let me ask you about another of your pet projects, inland water transport. What’s the progress so far?

We are moving big on that. We have declared 111 rivers as national waterways. We are working on 10 waterways within this year. Work has started on the Brahmaputra. There are 60 river ports and ferry services in the plan. On the Ganga, we are making three multimodal hubs. This will give a new impetus to the economy. Think of this: road transport costs on average Rs 1.50 per km, rail costs Re 1 and waterways will cost 20 paise only.