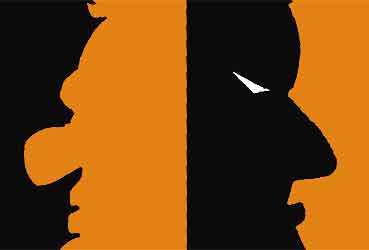 outlookindia.com
-0001-11-30T00:00:00+0553
The decision is to hold general elections in March. The conclusion is that the BJP will win hands down. It’s the consequence on which opinions are sharply divided. The BJP votaries say this will herald a glorious era for India. They could be right. Then again, they could be dead wrong. Opponents claim a spectacular BJP win will be fatal for India with the nation plunging into an external war with Pakistan and a civil war with the minorities. They could be right. But then again, they could be dead wrong too.

The point is, there is potential for both eventualities. Civil society, which has impressively demonstrated its power, strength and vigilance in recent years, ought to hope for the best but prepare for the worst. This is the only way to strengthen the foundation for a stable, prosperous future while at the same time remaining alert to spot the first signs of trouble and then swing into action to nip it in the bud. Hope is good, but complacence is a deadly sin that must be resisted at all cost.

India has already begun a growth curve that can rise to spectacular levels provided there is stability, security and freedom. That is all that is needed to maintain and enhance this growth. The ingenuity, agility and perseverance of the Indian people will take care of the rest. Their drive and spirit has been unleashed and nothing except war or internal strife can rock the boat now. But power in the wrong hands following a spectacular BJP win has the potential to precipitate either of these two dangerous scenarios. Or both.

The fear that haunts many is the character and behaviour of an unfettered BJP. When they took power five years ago, the BJP had to adopt the NDA agenda that was devoid of all the controversial, contentious issues that top the BJP’s personal agenda. Last time around, the BJP was forced to take a moderate, mainstream stance because it had to depend on its allies for its survival in government. And the allies were mercifully predominantly secular and not mere right-wingers like the Shiv Sena. If the BJP garners a majority on its own steam this time, then the restraining influence of the secular allies will vanish. And the mask will drop. We have already glimpsed the BJP’s face without the mask—as in Gujarat—and it is scary. But maybe the good face of the BJP is not a mask. Maybe it is real. Like Janus, the BJP is perhaps two-faced. The good and the bad existing like conjoined twins. Like everything that is so typical about India, contradictions coexist. Like everything that is so typically human, good and evil can coexist within.

But what we have also seen over the past five years is the complete emasculation of the BJP’s secular allies. This is symbolised best by George Fernandes, the Catholic seminarian turned Hindutva apologist, or Mamata Banerjee, the roaring tigress turned whimpering kitten. Given their cooption and emasculation, the BJP’s secular allies were hardly restraining influences. And yet, the BJP under Vajpayee did not usher in war and bloodshed.

So, the potential for an unfettered BJP to herald peace and prosperity does exist. The problem, however, is to what extent the BJP will be fettered by hardliners if they garner a landslide victory. Even Vajpayee has wilted under pressure—as evidenced by his Goa speech following the Gujarat strife. If the khakiwallahs feel a spectacular BJP win is a mandate for their divisive agenda, and begin to act upon it, India’s headed for big trouble. Then persecution of minorities and war with Pakistan will become distinct possibilities two, three years down the line.

But secularists and moderates can draw comfort from the Gujarat experience. Despite a spectacular electoral victory, Modi did not or could not implement his extremist, divisive agenda. Our institutions can take full credit for keeping Gujarat on even keel. The role played by the Supreme Court, the Election Commission, the NHRC and the media ensured that the fulcrum of justice remained stable. We can rely on these institutions to keep national interest above partisan politics—provided the right people staff these vital organs of our democracy. Civil society must resist devious attempts by the government of the day to instal their puppets in these critical positions.

There is also another possibility. Power may have matured the BJP. Much of their initial recklessness, paranoia, knee-jerk reactions and extremism could have stemmed from their callowness, their inexperience in the business of governing. In the last one year, more and more BJP leaders have not overreacted to situations, ranging from stinging criticism to serious provocations. The down side of power is that it corrupts. But the good side is that it makes rulers moderate and mature. There is hope for the BJP and for India. But it’s imperative to be vigilant. It’s always a good idea to ensure that all early warning systems are in place and in good working order to detect and rectify any disturbing signals at an incipient stage.