These Streets Have Eyes

The BJP gets out girl’s father to try to diffuse Modi surveillance scandal’. But the fat’s in the fire. 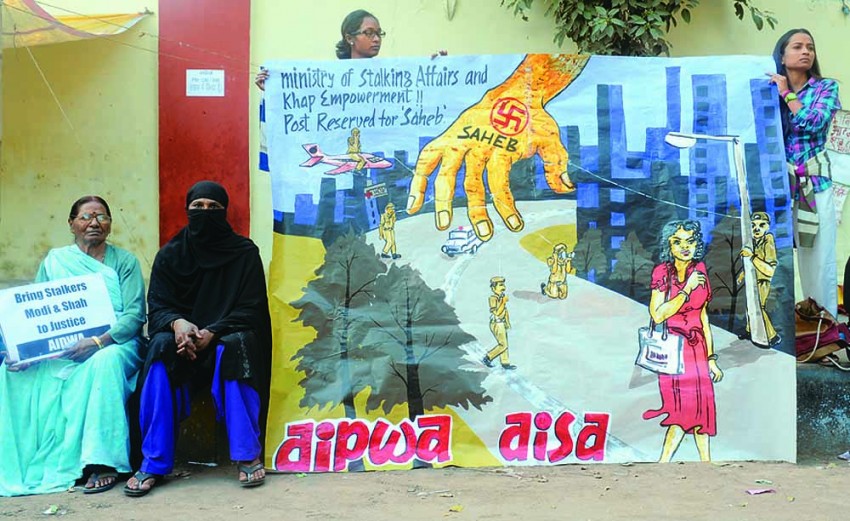 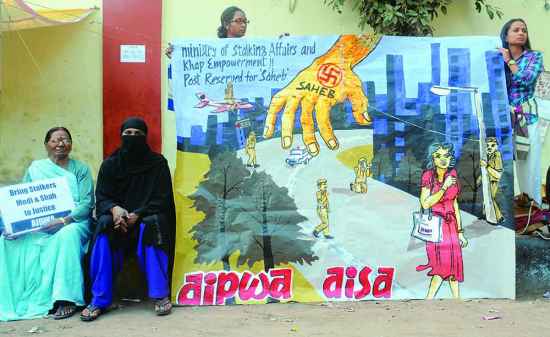 Something rotten has touched Brand Gujarat; the BJP-mounted edifice seems a little less utopian. Its chief minister, feted as the party’s prime minister-designate, is bang in the middle of a new sordid tale, this one involving phone-tapping and snooping on a young woman—activities carried out by his chosen aide Amit Shah with the might of the entire state apparatus at his bidding.

“A legal protection case is turned into stalking. The Congress is shameless, invading a woman’s privacy for political vendetta.”
Meenakshi Lekhi, BJP spokesperson

As the drama unfolds, it’s as if a new twist unravels with each passing day. The principal cast of characters is well known by now, former Gujarat home minister and BJP general secretary Amit Shah, ex-IPS officer G.L. Singhal (accused in the 2004 Ishrat Jahan encounter case), the crime branch and even the anti-terrorist squad pressed into service to mon­itor the activities of not only the young woman, but her family and everyone who came in touch with her. But with the heat on the Modi administration, the girl’s father came out and clarified in a letter that it was he who had sought the CM’s intervention, and that it was all done for the purpose of protecting her.

Now the two websites, Gulail and Cobrapost, and Outlook where it was first reported, had all along kept the identity of the young woman under wraps. It was her father Pranlal Soni, ironically, who drew attention to her. On November 19, another letter written by the father was hand-delivered to the office of the Nati­onal Commission for Women—which has taken up the issue—requesting them to desist from probing the matter as it was a personal issue. Both letters were made public by the BJP as counter to the contents of the phone-tapping files made public on the two websites.

Now few people have bought into this version. But it has been enough to tri­g­ger a series of charges and counter-alle­gations. The Congress has been on the offensive to stall the rising star of the BJP in his tracks, with the latter hitting back by calling it an act of below-the-belt political vendetta.

“Gujarat is not just an Orwellian state, but also a fascist one. There is no rule of law...is the state run on one man’s whims and fancies?”
Prashant Bhushan, Lawyer and activist

That said, clearly the saffron party has a lot of explaining to do. Foremost is the deafening silence of Amit Shah and his ‘Saheb’, who mounted the aggressive state surveillance on a young woman, her family and an IAS officer and anyone who came in contact with her. Indeed, now the party must also exp­l­ain its flip-flop over state surveillance on individuals. After all, they had brought Parliament to a halt following revelations of senior BJP leader Arun Jaitley’s phone being tapped. Jaitley, himself, has underlined Modi’s surveillance as one necessitated by the perceived need to provide security to the young woman. BJP member and lawyer Meen­a­kshi Lekhi says, “A case of legal protection has been turned into stalking, that is how low the Congress party has stooped. They are shameless enough to invade the privacy of a woman for political vendetta.” Lekhi adds that “the hyperventilation by the Congress on what is a private matter is not commensurate with its silence over America’s attempts to snoop in India”.

Senior advocate Dushyant Dave, meanwhile, is aghast. “This is a case of spying and the personal liberty of the woman is seriously infringed. Was she a threat to the nation or a threat to a powerful man whose ally she was once and had turned foe? There are many questions that require answers—especially from the ‘prime minister-designate’.” The father’s letter defence also doesn’t sit well with him. “The fact that not a single officer of the state has so far claimed that it was a formal complaint that necessitated the surveillance raises more questions.”

“This is a case of spying. Was she a threat to the nation or a threat to a powerful man whose ally she was once and then turned foe?”
Dushyant Dave, Senior advocate

Quite clearly, the issue has gone far beyond just privacy. The Modi-Shah surveillance episode shows the extent to which the state can play with the liberty and freedom of individuals. Advocate Pra­shant Bhushan minces no words: “This is not merely an Orwellian state, it’s a fascist state. The very fact that the father of the girl was made to write a letter compounds the problem, shows that people live under fear in the state.” Bhushan categorically asks “whether there is any rule of law in the state or whether the administration is run on the whims and fancies of one individual”.

Meanwhile, in Gujarat itself, the Opp­osition Congress is demanding an inquiry by a sitting Supreme Court judge or by an sit constituted by it. It also wants an inquiry into the out of turn projects doled out by the government to the lady’s kin. A similar probe is also being sought into the dealings of her husband. Says Shak­tisinh Gohil, former leader of the opposition, “The Congress does not believe in character assassination or personal allegations against anyone. However, the way the BJP is shielding the Gujarat CM and the then home minister has made it necessary for the party to come out bef­ore the media with the facts and legal position vis-a-vis the criminal act.”