There’s No Meat To The Vegetarianism Myth

A majority of Indians are non-vegetarians. It’s always been so. 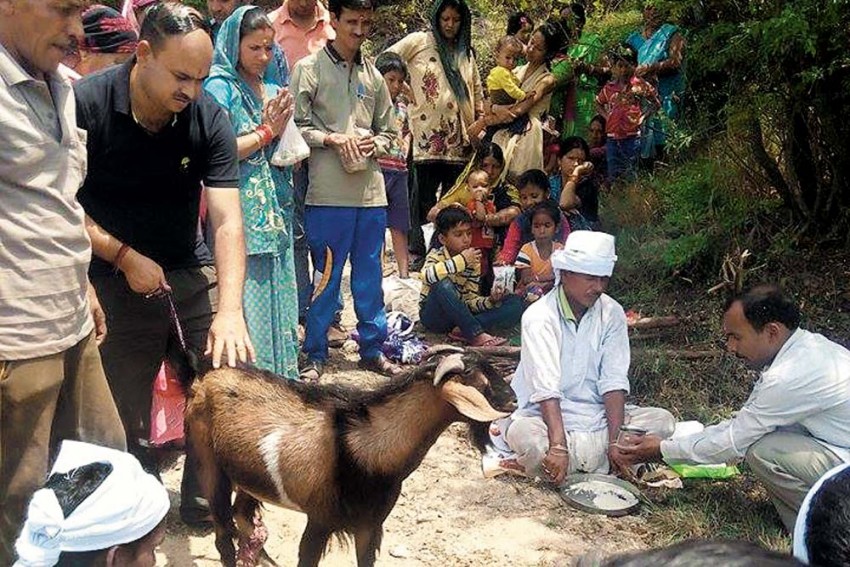 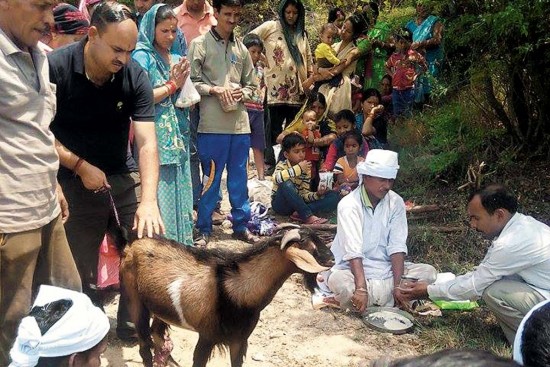 There was a time when a red rag would enrage bulls. How the times have changed! Now, the carcass of a bull—or merely the rumour thereof—is enough to infuriate a mob to murderous frenzy and let loose communal lynching. The recent eruption in Dadri, near the capital, has forced us to rethink much that we have grown up with. Is such blinding passion engendered by religious fervour alone or is it the result of opportunistic manipulation by ruthless politicians? What is it that makes vegetarians pick up meat cleavers to terminate, with extreme prejudice, fellow human beings whose dietary preferences are different? Is India really a nation of meat-haters?

Data collected by research organisations—both governmental and voluntary—has exploded the myth that most Indians are vegetarians. A lot of people who eschew meat seem to do so chiefly because they can’t afford it. Most youngsters in cities and villages have no inhibitions about consuming mutton, fish or fowl. What can’t be denied though is that age-old “upper caste” prejudices continue to dominate popular perception. It is taken for granted that most Brahmins and Vaishyas abhor meat and stay away from it. Nothing could be more misleading. The works of Charaka and other scholars, as well as Ayurvedic texts like Bhavaprakash Nighantu, provide elaborate information about different varieties of meat. There is no dearth of references to mouth-watering meat delicacies in classical Indian literature.

A large section of the Indian population comprises non-Hindus. Muslims, Christians, Jews and Parsis are all meat-eaters. In the same category should be placed the tribal people, who are substantial, if not a majority, in many states like Madhya Pradesh, Chhattisgarh, Jharkhand and in the northeastern region. Add to this the Dalits, who are conveniently, politically and opportunistically added to the ‘majority’ count but are not bound by the fetters of intolerant vegetarianism, and it becomes clear immediately that the belief that India is a nation of vegetarians is a myth.

Equally fallacious is the belief that all Brahmins are vegetarians. Kashmiri Brahmins take justifiable pride in their cuisine, which is predominantly meaty. It’s only on specific days, say a marriage, that the ritual meal is Vaishnavi—that is, prepared only with vegetables. Brahmins in Himachal Pradesh and Uttarakhand treat the meat of goats sacrificed at Kali temples and at the altar of village deities as prasad and share it in community meals. The Maithili Brahmins of Bihar, or those of Bengal and Orissa too don’t deny themselves the pleasures of meat and fish delicacies. The Saraswat Brahmins who dwell along the western seaboard have for generations sustained themselves on ‘fruits of the ocean’. And in north India, it’s only those belonging to the Vaishnava sect who observe the strict taboo against meat. In Gujarat and the south though, in orthodox households, meat is seldom cooked at home, although here too, traditional codes of dietary restriction are being breached.

It is time to get rid of the cobwebs in our mind about the  eating habits of other communities. While the Jains continue to adhere to a stricter version of vegetarianism, among trading communities like theirs, the Chettiars of the south present a remarkable exception to the proverbial rule. Intrepid seafarers in the past, their cuisine abounds in recipes using rabbit, shark and lobster, besides commoner varieties of fish, chicken and mutton. Other castes across the land—Kshatriyas and Kayasthas, for instance—have never denied themselves non-vegetarian meals. Add to this the numbers that the census categorises as Scheduled Castes and Scheduled Tribes and you would see the balance tilting severely against the self-righteous, sattvik vegetarians.

Down the ages, an aggressive and intolerant minority has tabooed meat-eating. To this day, it’s a minority that wants meat banned.

It seems it was an oppressive Brahmin elite that associated the idea of ritual purity with vegetarianism and propagated it systematically to stigmatise meat-eaters, who were placed lower down in social order. No priest or scholar of religious texts could dare to brand rulers or powerful patrons as outcastes for transgressing the taboo against meat-eating. This class of persons were ‘allowed’ special concessions to enable them to live according to their rajasik inclination. (Interestingly, a chapter in the Bhagawad Gita explains the concept of three types of food—sattvik, rajasik and tamasik—and correlates these with three types of personalities. There is no value judgement implied. According to the advice here, individuals must consume food in harmony with their body type, inclination and the type of work they perform. Seasonal and regional imperatives, of course, have to be kept in mind.) Meat-eating was looked down upon by a microscopic minority, which sought to emphasise its own higher status on claims of purity. Those who performed menial tasks, slaughtered animals or disposed of carcasses were obviously the poor, with no choice. Nor could the poor afford to observe expensive food taboos. In course of time, they were ostracised ostensibly because they ate meat. The majority continued to eat what was readily available and affordable.

If someone someday researches and writes a history of  meat-eating in India, many curious facts will emerge. Some Brahmins, who have no qualms about eating mutton or fish, draw the line at chicken and eggs. Also, meat is not the only tamasik ingredient that celibate students and the aged are advised to stay away from. Even onions and garlic are on the proscribed list, as these can supposedly arouse lusty thoughts. Unfortunately, the discourse has been highjacked by those obsessed with beef, and the politics of holy cow has trampled everything else under its hooves.

We have long suspected that it is the extremely vocal and aggressively intolerant microscopic minority that has succeeded in imposing its will under the garb of religious sentiments over the helpless majority. This intolerance and aggression is not confined to matters gastronomic. The moral policemen cast their net wide: books and films, plays and even dresses. No straying from the prescriptions and prohibitions is tolerated. The self-styled custodians of ‘Hindu’ values are increasingly acting in a manner that threatens to destroy a great heritage that has been enriched by diverse sources through the millennia. Their excuse is that the ‘app­easement of minorities’ has provoked this backlash.

One can only hope that the dogmatic and fiercely fanatical obscurantists are fighting a last-ditch battle. Young, intrepid Indians are not shy of charting an independent course—they value their liberty and wish to eat and dress as they like. Consumption of meat, according to available statistical data, is steadily increasing. Sadly, the government seems to have a failure of nerve to protect the rule of law or turns a blind eye when citizens’ fundamental rights are violated with impunity—and innocents like Mohammed Akhlaq Saifi of Dadri are lynched.

(Historian and food critic Pushpesh Pant is the author of India: The Cookbook.)