"There Will Always Be Detractors If You Create Something"

Allegations against him may be flying thick and fast, but they don't worry the IPL's administrative face 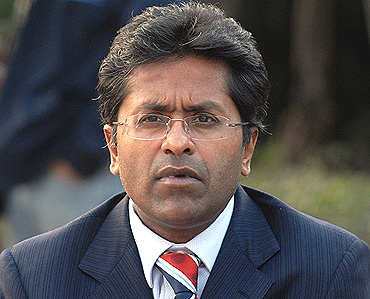 Tribhuvan Tiwari
Rohit Mahajan February 16, 2009 00:00 IST "There Will Always Be Detractors If You Create Something"

It’s being said that you used your proximity to the earlier CM, Vasundhararaje, to facilitate land deals for big builders and that you influenced the change in liquor policy.

Completely untrue. It’s an issue of perception, I don’t want to discuss this as it’s in bad taste. How come there were no allegations when the previous government was in power? The commission set up by the current government can look into the alleged irregularities.

It was said the bureaucracy reported to you, that you were the ‘Super Chief Minister’.

(Laughs) I’ve heard of these allegations. But look at my travel schedule. Over the last one year, I’ve been in Jaipur just around 30-35 days, and that just for the cricket matches.

Are you part of a heritage construction company that’s trying to acquire havelis near the Amer Fort?

Yes. Those are old havelis—two-three and not of any consequence—which we have bought from private parties. My wife is keen to restore these, bring these back to life. For me, it’s a small, insignificant property which doesn’t make any difference in my life.

You are accused of high-handedness, of having slapped a police officer, and having once had someone thrown out of the Sawai Mansingh Stadium.

Absolutely untrue. But I’ll say this, just because you have a red beacon on your car, you can’t barge in anywhere. If someone bypasses laws, there’s a need to take corrective action.

There seems to be a sudden uprising against you in the Rajasthan Cricket Association (RCA) after the government changed.

There will always be detractors if you create something. These same people were singing a different tune four months ago.

You’ve said you’ve pumped in your own money into the RCA.

I haven’t accepted a penny from the RCA, BCCI or IPL. I’ve maintained an office and staff for marketing and developing cricket at my own expense. I’ve raised unprecedented sums of money.

Then why are people against you?

I’ve faced opposition right from the start. The media said nothing is going to work: the sponsorship and TV rights monies were too high, as was the base price of IPL teams ($50 million). But the growth has been phenomenal. The valuation of the Rajasthan Royals is around $140 million, a 3,733 per cent appreciation on an investment of $67 million (payable over 10 years). This rate of growth is unheard of in any industry.

Financial irregularities are alleged in the development of the SMS and the Rajasthan cricket academy.

I visualise and plan, not look after the cost of cement, or whether a chair cost Rs 400 or Rs 600. Finally, all expenses are approved by the executive committee, audited and cleared in the AGM.

Is it fair that you appoint your own panel to investigate your doings?

I appointed the judges to look into the whole situation. If someone has a grievance in the RCA, I can take a decision according to the powers vested in me by the RCA constitution. But I chose to appoint eminent Supreme Court judges in the panel so that the verdict would be unquestionable.

Out Of The Premier League