TV mogul Subhash Chandra sets the cat among the BCCI pigeons with plans for a rebel cricket world. What will come of it? 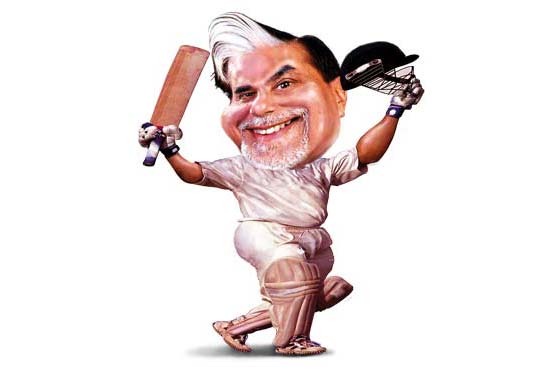 There is a palpable disquiet in the Indian cricketing firmament. Otherwise voluble commentators aren’t taking calls or coming out with guarded middle-of-the-road statements that sound like MEA press releases. Everyone and their cricketing uncle knows that a big and savvy media mogul (who can play real dirty) is trying to come into the cricketing arena. The plan app­ears audacious, yet (for now) is couched in doublespeak. No wonder the boards are jittery, players confused and many administrators still trying to figure out just what is about to hit them—if at all.

In 2007, Essel Group and Zee Tele­vi­sion promoter Subhash Chandra shook the global cricking establishment by launching his version of a Twenty20 tou­rnament, then a fledgling format of the game. Six years after the painful death of his Indian Cricket League (ICL) at the hands of the Board of Control for Cricket in India (BCCI), Chandra is back at it again. This time, he has a much bigger plan—to control global cricket and set up an organisation parallel to the BCCI and the International Cricket Council (ICC), the dual entities that control cricket around the world.