Irritants break the flow of concentration; instead of the urgency and the barely suppressed energy of the original, this version limps haltingly along 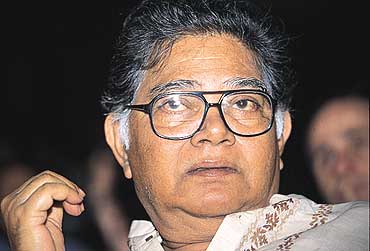 The Youth
By Sunil Gangopadhyay Translated By Sanchayita Chatterjee
Rupa Rs 195; Pages: 212
When Sunil Gangopadhyay wrote Jubok-Jubotira in 1967, he drew a portrait of a lost generation. His young men and women were struggling to break free from the past; they were by turn knowing and naive, disillusioned and idealistic, defiant, apathetic, passionate. They are still recognisable today, despite the emergence of a Generation X with their different aspirations.

To understand Avinash’s anarchism, or Tapas’ penchant for petty theft, or Chaya’s need to transcend her albinism and be recognised as a writer, one must first scale the barrier of translation itself. Sanchayita Chatterjee’s involvement with the text is passionate, as is evident from the earnest care with which she has compiled the footnotes, but it is also prudish, so that entire sentences read like this: "That’s why, (vulgarity), I (not printable, not printable), just give them a little dark spot."

This is relieved in at least one place with an [uncouth], allowing the irreverent to speculate on the three degrees of relative obscenity. Nor has much editorial care been exerted: changes of tense within the same sentence are common, awkward phrases have been left untouched, grammatical errors flow unchecked. These irritants break the flow of concentration; instead of the urgency and the barely suppressed energy of the original, this version limps haltingly along. The omission of Gangopadhyay’s original foreword and the absence of a translator’s note are equally glaring.

Despite all this, The Youth retains its original force. Gangopadhyay captured, in this series of rapidly executed sketches, some of the gritty realities of Kolkata in the ’60s through the eyes of a disinherited generation. If this book has dated, it’s aged in the same way as arthouse cinema: the black-and-white realism is a trifle scratchy now, the pauses a tad contrived, the characters slightly predictable, but they hold your attention, they demand engagement.

The Minis And The Midis